Are Reindeer the Only Mammals That Can See Ultraviolet Light?

When it comes to reindeer, our imaginations tend to easily take flight. 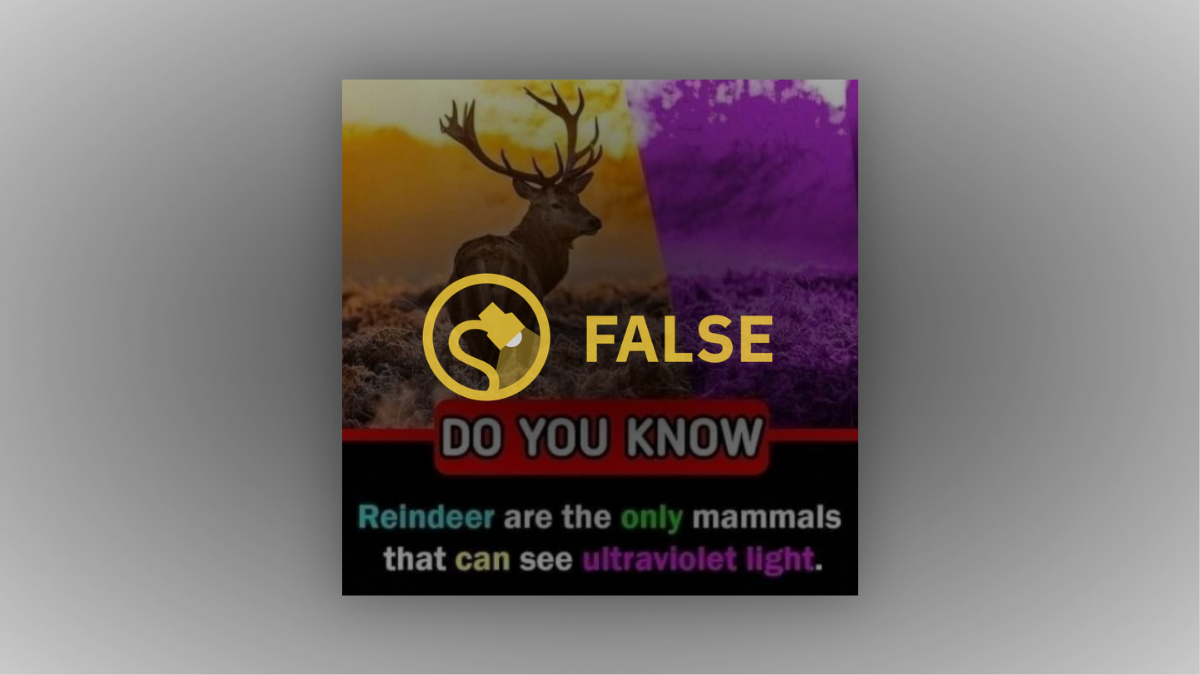 Claim:
Reindeer are the only mammals capable of seeing ultraviolet light.
Rating:

As Christmas nears, so too do fun memes with purported wintery arctic facts. One popular addition to this genre is the claim that reindeer are the only mammals capable of seeing ultraviolet (UV) light: While scientific evidence suggests that reindeer sense and react to UV light, they are not the only mammal capable of such a feat.

There are, of course, some exceptions to this rule, and reindeer are indeed one of those exceptions.

In 2011, a team of researchers found that "Arctic reindeer extend their visual range into the ultraviolet" during the extended sunless winters characteristic of high latitudes. High latitudes, as well, have relatively more UV light due to atmospheric scattering. The authors surmised two things: that being able to see UV light provides a significant visual advantage in the arctic winter and that reindeer must have evolved some protection against UV light, which typically damages mammalian eyes:

A specific advantage of this short-wavelength vision is the use of potential information caused by differential UV reflections known to occur in both Arctic vegetation and different types of snow. UV is normally highly damaging to the retina, resulting in photoreceptor degeneration. Because such damage appears not to occur in these animals, they may have evolved retinal mechanisms protecting against extreme UV exposure present in the daylight found in the snow-covered late winter environment.

Reindeer, however, were not the first mammals discovered with the ability to see into the UV range of light. Rodents, notably, are capable of this as well. In 1991, researchers discovered that this group of organisms is capable of seeing into the UV spectrum — the first time scientists had made such a discovery in mammals.

Because rodents are mammals capable of seeing UV light, the claim that reindeer are the only mammals able to do so is false.