Is the Red Hen Located at 666 E. Washington?

Hacked Google Reviews and manufactured Yelp pages led some to believe that the Red Hen restaurant in Lexington, Virginia had a "Satanic" address. 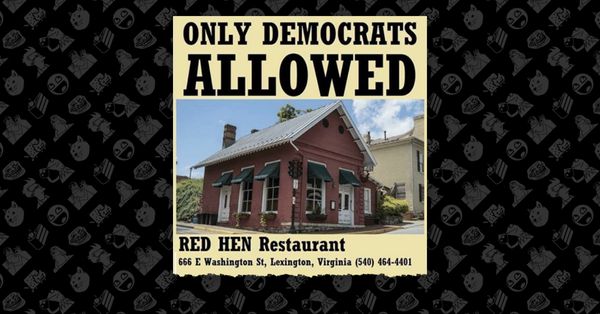 A small restaurant in Lexington, Virginia became the center of a mostly manufactured political controversy in June 2018, when the establishment's co-owner Stephanie Wilkinson opted not to serve White House Press Secretary Sarah Huckabee Sanders and asked her to leave.

The incident sparked a wave of news articles, opinion pieces, tweets from the President of the United States, potential ethical violations, lessons on manners, press conferences, and, of course, conspiracy theories and unfounded rumors.

Certain circles of the Internet immediately went to work to "prove" that not only did the Red Hen refuse service to the member of the Trump administration, but that something much more sinister was afoot: The restaurant has connections to Satanism. One piece of "evidence" provided for this claim was that the Red Hen's address contains "the Number of the Beast": Needless to say, this address is inaccurate; the restaurant's real address is 11 E. Washington, not 666.

The rumor seems to have started with a fake Yelp page, which was created almost immediately after the news about Sanders' experience broke. The fake page contained no business information (such as hours of operation), no photographs of the restaurant,  and the earliest reviews on the page were posted on 23 June 2018 (right after Sanders was asked to leave the real Red Hen):

(The Red Hen also has a genuine Yelp page that has been around since before 23 June 2018.)

Some Internet users were also tricked into believing that the Red Hen had a Satanic address by a manipulated Google card which displayed other erroneous information, as well: It's unclear how exactly this information was changed, but it was likely done by the same people who hacked the Red Hen's menu page to claim that the restaurant served "erectile dysfunction": The Red Hen is not located at 666 E. Washington. This rumor is based on a fake Yelp page and manipulated search results. An "11" can clearly be seen in photographs on the restaurant's door: