Did the Red Cross Steal Donations in Texas, Empowered by an Obama-Era Executive Order?

A viral Facebook video contains false and unproven claims about the humanitarian organization's actions in the aftermath of Hurricane Harvey. 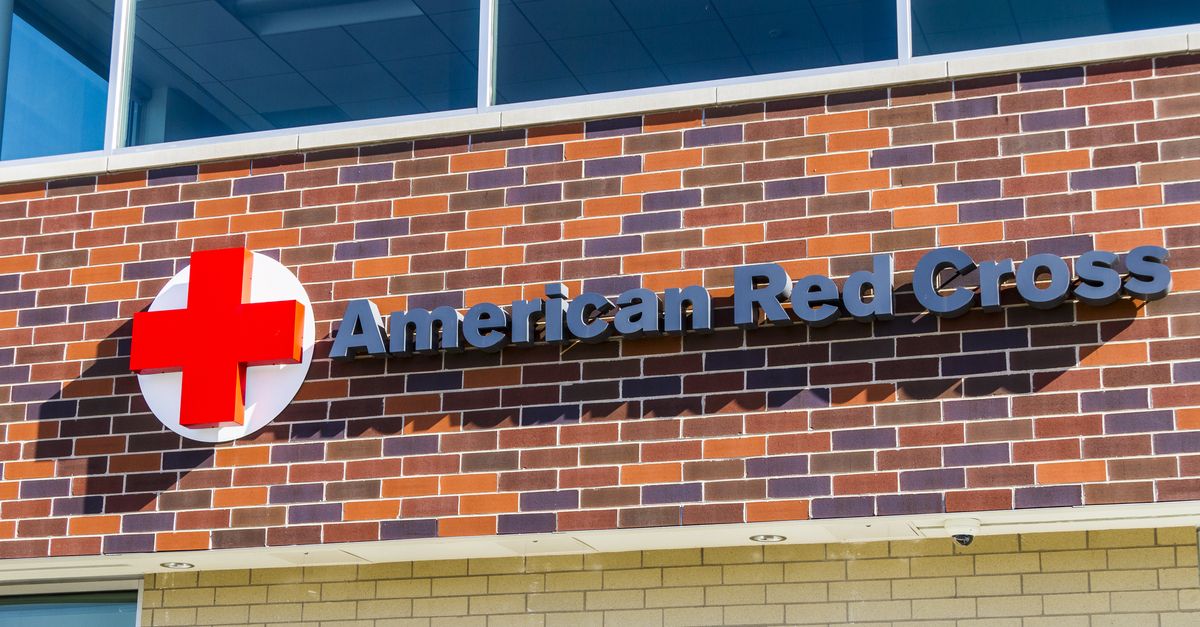 Claim:
In September 2017, the Red Cross stole donated items from churches in Houston, Texas, and then sold some of the items and burned the others — all under the protection of a 2012 executive order.
Rating:

The 2012 executive order does not authorize the government to seize private property, and does not apply to the Red Cross.

There is no evidence to support or definitively disprove claims that the Red Cross stole, sold, or burned donated items.

On 7 September 2017, Facebook user Gina Nelms broadcast a live video in which she claimed that an Obama-era executive order allowed the Red Cross to steal donated items from churches in Houston, Texas in the aftermath of Hurricane Harvey:

The Red Cross...threatened the pastors, threatened the priest, and threatened [others]. They began to steal - yes, I said it - the Red Cross was physically taking these donations from the doorsteps of these churches and putting them into their trucks. [The] Red Cross came to the church, with volunteers, and began to steal the donations...The Red Cross was stealing from people who literally had nothing...and they were protected by Order EO 13603. They were protected by Barack Obama, who signed this executive order.

Nelms earlier described that executive order in this way:

Obama claimed authority under the Defense Production Act of 1950, a Korean War-era statute.... It gives government power to marshal whatever resources they want.

This description is similar to the language used in a 26 August 2015 article on the Natural News web site, which reported, falsely, that the executive order had had the effect of nationalizing the supply of food in the United States. (It also bears significant resemblance to the language often used by the sovereign citizen movement.)

In her Facebook video, Gina Nelms also claims that the Red Cross had taken the donated items it had purportedly stolen back to its "setup shelter" in Houston, before sorting through them for items it could sell for profit, and burning the remaining donations in dumpsters:

Nelms also encouraged viewers to "run the Red Cross out of Texas".

We sent Nelms a series of questions seeking to establish whether she had personally witnessed the events she described in her video, requesting any evidence that might support her claims, including the names of the churches involved, and asking her to connect us to any other person who might be able to provide such evidence. We did not receive a response. Nelms has also repeatedly stated in several Facebook videos that she has photographs and videos which would prove that her claims about the Red Cross are true, but has so far not provided these photographs and videos.

The Red Cross released a statement addressing the matter:

This is most definitely not an accurate claim — and we have asked Ms. Nelms to share any details, locations of these churches, or names of anyone involved in her assertion — and she has failed to do so.

As a humanitarian organization, we vehemently deny stealing anything to support our work. Very often, local churches and organizations collect donated items on behalf of our relief efforts – and then pass them on to the Red Cross. As an organizational policy, we do not sell or burn donated items. At times, donations are soiled or spoiled, in which case, they are discarded. We also do not accept donations of non-palletized (or non-bulk) food items, and in those cases, we partner with other local organizations to help us process and distribute those donations. Consequently, we find it highly objectionable that Ms. Nelms has made this claim.

A spokesperson also said the Red Cross has so far been "unable to validate" the claim that someone from the organization had "threatened" clergy members and others outside a church or churches in Houston:

With nearly 200 shelters open at the height of this response, and without any confirmation or detail from Ms. Nelms, we have no idea who or what she is referring to. I can say that we have not and do not threaten people, whether pastors or residents of our shelters.

Executive order 13603 was signed by President Barack Obama on 16 March 2012, and it was an update to previous versions of a similar order signed by several presidents in earlier decades, most recently by Bill Clinton in 1994.

Contrary to Nelms' claim, it does not empower the government to "marshall whatever resources they want." The order essentially mandates that cabinet secretaries and federal agency heads should periodically assess the readiness of the United States' industrial and technological capacity to respond effectively to threats to national security. (Its provisions can be read here.)

This component of Gina Nelms' claim is therefore wildly false, and appears to be based on a fundamental misunderstanding of what the Red Cross is and how it operates.