Is This a Recording of the Guns Falling Silent During Armistice in World War I? 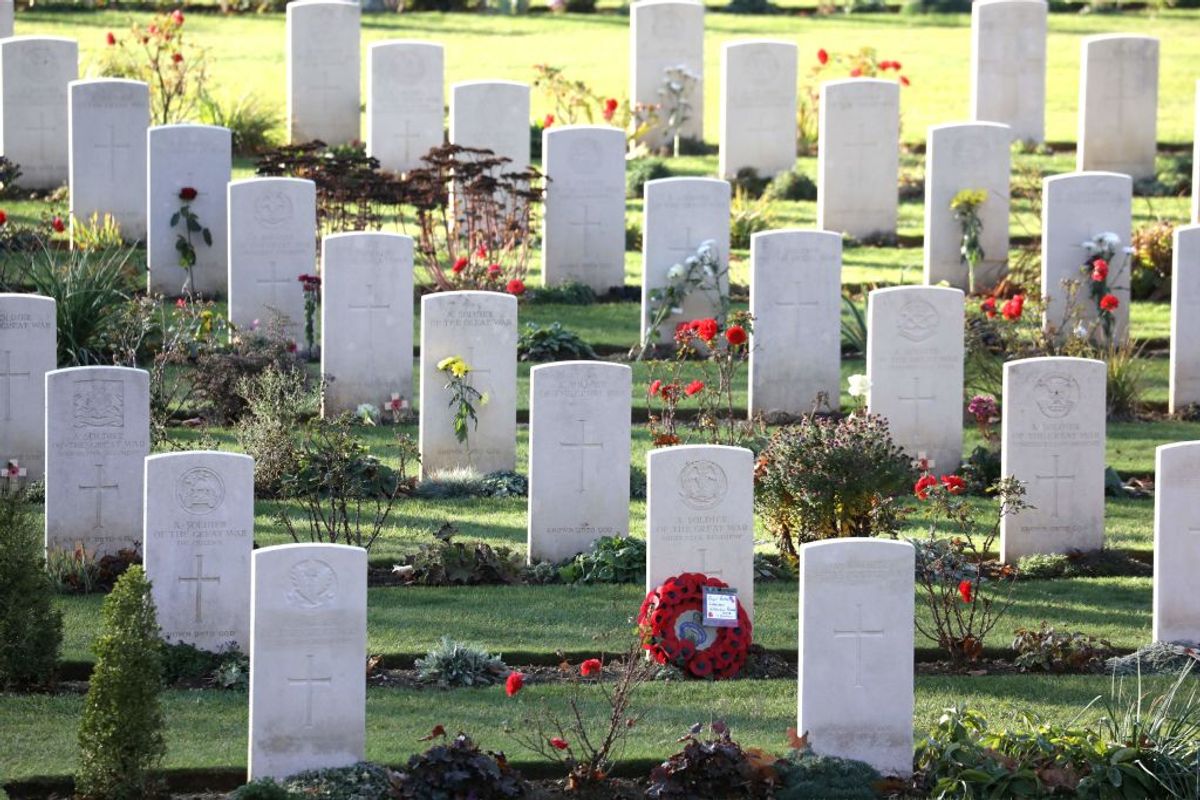 Claim:
There is an audio recording of the guns falling silent during armistice in World War I.
Rating:

The sound from the Western Front at the time of the armistice was recreated from a "sound ranging" recording made by Allied soldiers during World War I.

However, the audio clip isn't a literal recording of the sounds from the battlefield.

The armistice between Germany and the Allies on Nov. 11 brought to an end four years of fighting — a peace that represented the first step to ending the First World War.

To be clear, the poignant sound captured above, of heavy gunfire followed by silence at 11 a.m., isn't a literal sound recording, which wouldn't have been technologically practical on a battlefield in 1918. It's instead a recreation of the moment based on a technology invented by British soldiers called "sound ranging." As the German news outlet DW reports:

Even as the armistice came into effect at 11 a.m., Allied soldiers were using state-of-the-art "sound ranging" techniques to detect the location of the enemy.

Rather than recording sound, the system recorded the noise intensity at any one moment onto a rolling piece of photographic film, similar to how a seismograph records tremors in the earth.

Britain's Imperial War Museum, which had a set of graphic records labelled "THE END OF THE WAR" among its artefacts, asked sound experts from the London acoustics firm Coda to Coda to use just such a photographic record — from the American front on the Moselle — to reproduce a soundscape of the moment of armistice.

Despite its historical significance, the recording wasn't made for posterity. Sound ranging was used by soldiers on the front to triangulate the locations of enemy artillery.

Here's a run-down from the Imperial War Museum on how sound ranging worked.