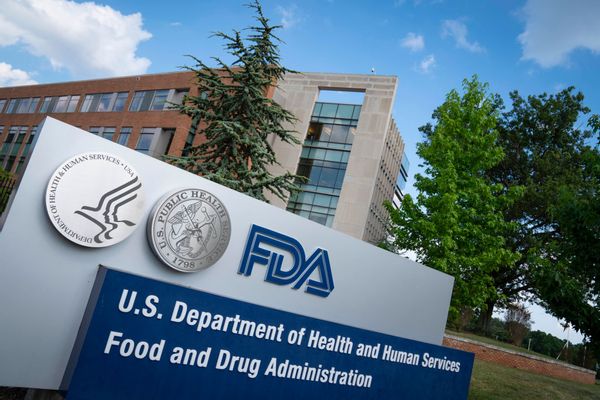 Federal agencies announced two major food recalls in July 2021, after pre-cooked chicken produced by Tyson Foods was linked to a listeria outbreak, and concerns were raised that certain lots of BrightFarms salad greens might be contaminated with salmonella.

On July 3, the U.S. Department of Agriculture's Food Safety and Inspection Service (FSIS) announced that Tyson had recalled nearly 9 million pounds of chicken after an investigation into a listeria outbreak in Delaware and Texas revealed the presence of the potentially fatal bacteria in frozen, pre-cooked chicken made by the company.

On June 9, 2021, FSIS was notified of two persons ill with listeriosis. Working in conjunction with the Centers for Disease Control and Prevention (CDC) and state public health partners, FSIS determined there is evidence linking the Listeria monocytogenes illnesses to precooked chicken produced at Tyson Foods Inc.

The epidemiologic investigation identified three listeriosis illnesses, including one death, between April 6, 2021 and June 5, 2021. During routine sample collection, FSIS collected two precooked chicken samples from two establishments that are closely related genetically to Listeria monocytogenes from ill people. One of the samples was collected at Tyson Foods Inc.

According to the Centers for Disease Control and Prevention (CDC), two of the cases were identified in Texas, while the other took place in Delaware, and all three individuals ate at a hospital or long-term care facility. The FSIS explained that the chicken in question was produced between Dec. 26, 2020, and Apr. 13, 2021, and was distributed to retailers, hospitals, restaurants, and schools across the country.

On its website, the CDC explained that the listeria bacteria can cause serious illness, and even death, when it spreads beyond the digestive system into other parts of the body. Symptoms include fever, headache, muscle aches, diarrhea, and vomiting. Those aged over 65, pregnant, or with weakened immune systems are especially vulnerable to listeriosis.

A full list of the products affected by the recall can be found here, while photographs of their packaging and labels can be found here. The FSIS has advised that the affected products bear the code "EST. P-7089" on their labels or mark of inspection, but consumers with questions can contact the U.S. Department of Agriculture, with all the relevant details available here.

The CDC advises consumers who have purchased any of the products in question to immediately throw them away, not to eat them, and to clean any surfaces — for example freezers, refrigerators, or kitchen counters — that may have come in contact with the chicken.

Meanwhile, BrightFarms, a New York-based indoor farming company, has issued a voluntary recall of certain packaged salad greens that were sold in at least four midwestern states, after they were linked to an outbreak of Salmonella infection.

The company's announcement, posted online by the U.S. Food and Drug Administration (FDA) on July 16, explained that:

BrightFarms today initiated a voluntary recall of packaged salad greens produced in its Rochelle, Illinois (Ogle County) greenhouse farm sold in Illinois, Wisconsin, Iowa and Indiana because it has the potential to be contaminated with Salmonella.
The affected BrightFarms-branded products were sold by the following retailers:

Salmonella can cause serious and sometimes fatal infections in young children, frail or elderly people, and others with weakened immune systems. Healthy persons infected with Salmonella often experience fever, diarrhea (which may be bloody), nausea, vomiting and abdominal pain. In rare circumstances, infection with Salmonella can result in the organism getting into the bloodstream and producing more severe illnesses such as arterial infections (i.e., infected aneurysms), endocarditis and arthritis

The CDC reported that an outbreak of Salmonella infection in Wisconsin and Illinois earlier this summer had sickened nine individuals, one of whom had to be hospitalized. Six of the nine individuals were found to have bought BrightFarms packaged salad greens, leading to the decision to recall nine varieties that had been produced in the company's Rochelle, Illinois farm. They are: