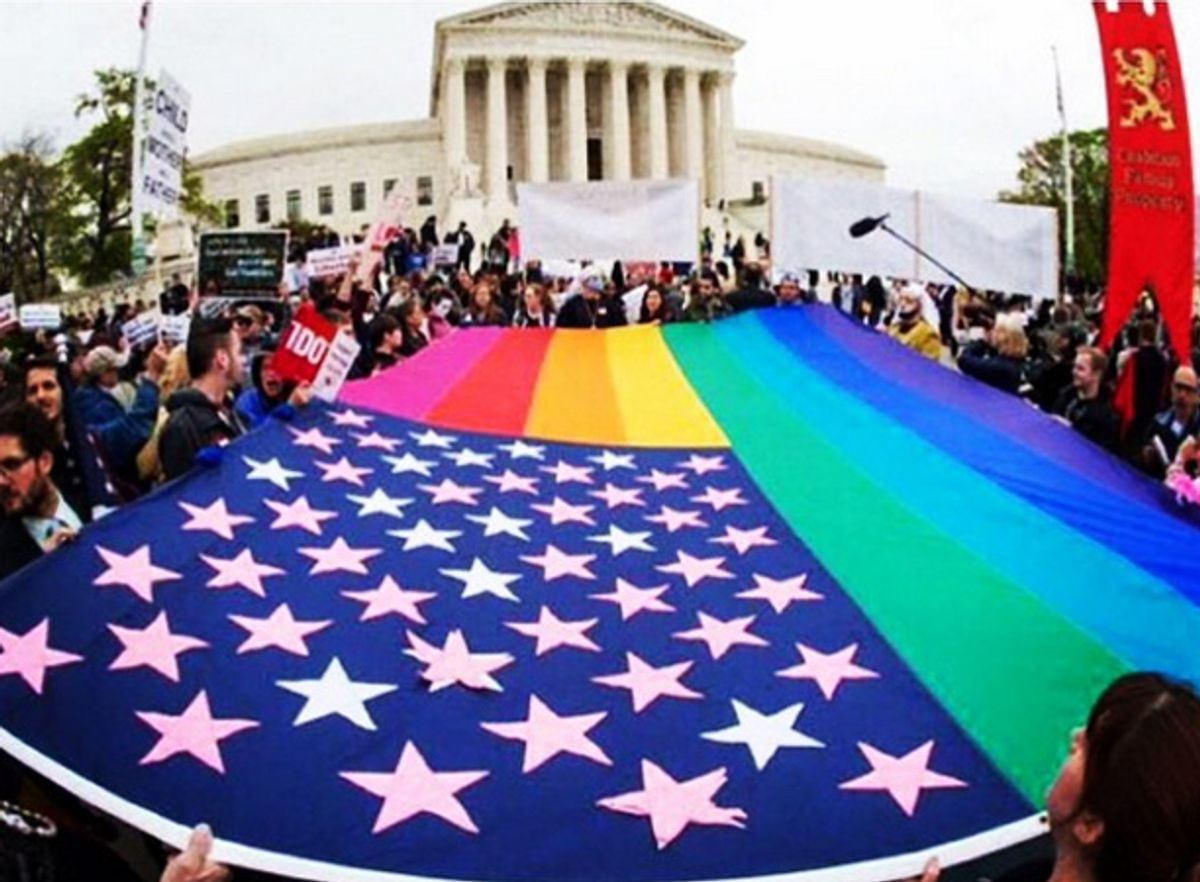 FACT CHECK:   Did ten thousand Americans sign a petition to replace the American flag with a gay pride rainbow flag?

Claim:   Ten thousand Americans have signed a petition to change the American flag to a gay pride rainbow flag.

Please comment on the veracity of this story found on notallowedto.com concerning petition to change American Flag to rainbow pride.

According to recent reports more than 10,000 people have signed a petition to change American flag to rainbow flag.

The article appeared one day after conspiracy theorist Mark Dice published a video (in his "man on the street" style), in which he polled beachgoers about a non-existent proposal to replace the American flag. Dice's stunt, embedded below, did not mention a gay pride flag in its description:

U.S. Citizens Sign Petition to Ban American Flag and Issue New Design for the New World Order! Media analyst Mark Dice asked beachgoers in San Diego to sign a petition he said would result in issuing a new American flag for a "New World Order" because the current one is offensive to some immigrants and is associated with imperialism and racism.

NotAllowedTo.com, at least, acknowledges in their "About Us" page that their content is fabricated:

Individual contributors are responsible for the content of their own material in respect, but not limited to, copyright, libel, and defamation.

Although NotAllowedTo.com is clearly a fake news site, a conflation of that site's article with Dice's prank video created some confusion among readers. The former was entirely made up, and the latter showed Dice approaching random beachgoers with an invented proposal that did not describe any actual effort to replace the American flag.