While the science underpinning the concept is valid, its application remains wholly theoretical at this point. 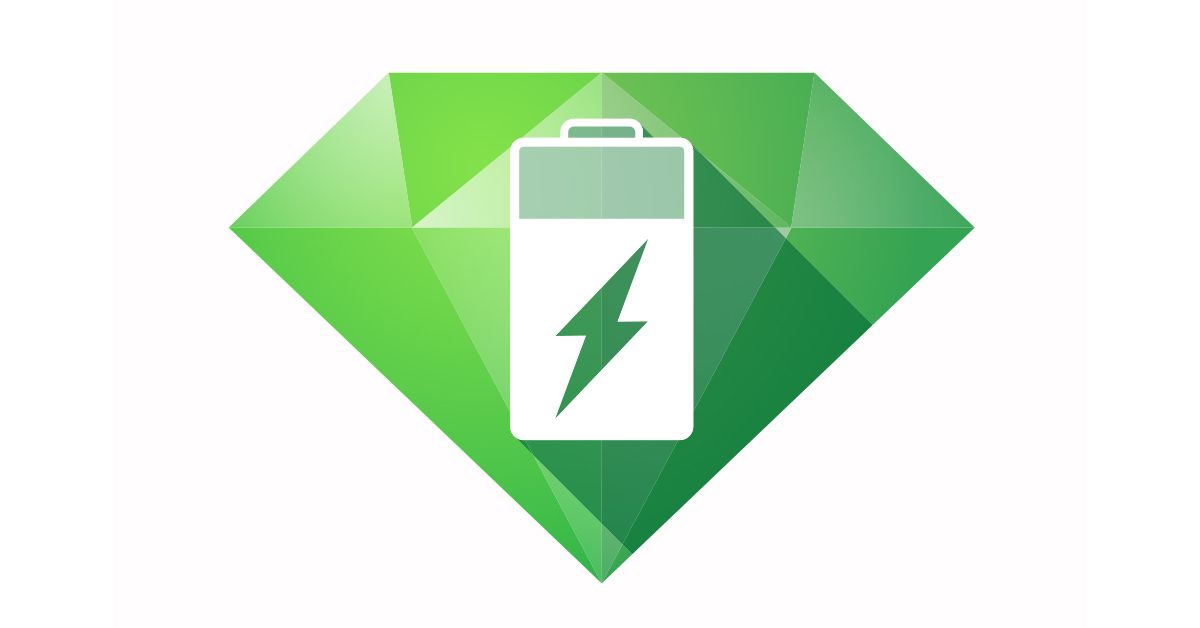 Claim:
Man-made, radioactive “diamond batteries” are capable of providing thousands of years of energy without a charge.
Rating:

The idea of generating a virtually inexhaustible source of energy from radioactive material has long been discussed and, indeed, is already employed in a variety of non diamond-based technologies; “diamond batteries” are a theoretical application of this technology currently in development.

The concept of a “diamond battery”, which would be created synthetically from radioactive carbon-14 sourced from nuclear waste is, at this point, a theoretical idea and it is one that comes with myriad challenges not discussed in viral stories.

In February 2017, the World Economic Forum's "Futurism" column reported on a lecture given by University of Bristol materials engineering professor Tom Scott. As part of the university's Cabot Institute's annual "Ideas to Change the World" lecture series, Scott spoke in generally theoretical terms about the potential to turn a specific part of nuclear waste into a radioactive diamond which could then be used as a source of energy.

In this talk, titled "Diamonds Are Forever", Scott spoke optimistically about the prospect of solving two problems at once: The buildup of undisposable radioactive graphite used in containers that store spent nuclear fuel, and the need for a long-lasting source of constant energy. The solution could lie in "deliberately radioactive" diamonds made from carbon found and extracted from the this graphite casing, as described in Scott’s lecture:

[The reactors in the UK], instead of using water, [...] use gas. We use carbon dioxide gas in a sealed vessel which we cycle round and around and that never leaves the reactor core. [...]  We use that graphite [in that reactor core as well] because it slows down the particles which are coming out of the nuclear fuel and that makes the heat transfer more efficient, but what that means in the UK, because we have been running for 60 years with dozens of nuclear reactors, is we’ve accumulated a lot of interesting nuclear waste.

Diamonds, by their nature, are made up entirely of carbon, and take hundreds of thousands to millions of years to form naturally. That means that they would never naturally contain any of this radioactive carbon, which has a half life of more than 5,000 years.

The prospect of radioactive diamonds, however, raises interesting possibilities for energy generation. That is because carbon-14 emits beta radiation, which in this case simply means it that it puts out high-energy electrons as it decays. Since the 1970s, beta radiation (which does not travel far through air and is therefore relatively safe compared to other forms of radiation) has been investigated as a possible source of energy through the production of what are known as betavoltaic cells.  A 1973 paper described the topic as follows:

The basic entity in a betavoltaic power source consists of a beta-emitting material coupled to a junction device [...]. The current source is due to collection of electron-hole pairs generated by high energy beta particles.

In other words, as individual carbon atoms making up the diamond matrix lose electrons, certain regions with missing electrons (electron holes) would carry a net positive charge than surrounding areas. One could theoretically exploit this to maintain a current of electricity that lasts as long as the carbon-14 is decaying — a process that would take many thousands of years.

The specific concept of a diamond battery exploiting these process is, for the most part, theoretical. The concept's individual components — synthetic diamonds and betavoltaic cells — are already a reality, however. Betavoltaic cells which utilized the radioactive elements promethium or plutonium were once a common energy source for pacemakers, prior to the advent of lithium-ion batteries. Today, many betavoltaic systems are employed in applications where a constant supply of low power energy that can also withstand harsh environments are beneficial, according to a 2014 review of the technology:

Synthetic diamonds have been a reality for some time as well, and are increasingly common. In his lecture, Scott says: "We can grow diamonds, and we do that every day of the week." That process, known as chemical vapor deposition, occurs at high temperatures but (unlike real diamond formation) at low pressure. The process has become increasingly refined and perfected over the years, per a 2009 review on the topic:

Growth of diamond by chemical vapor deposition (CVD) has become a well-established field over the last three decades. CVD diamond materials range in grain size from ultrananocrystalline and nanocrystalline films, through polycrystalline plates and wafers, to large single crystals.

The benefit to using a diamond (which is, by definition, made up of carbon atoms) to create a betavoltaic cell is threefold. First, it is the hardest material on the planet, and as such will not break apart as its decay continues (or through any other physical mechanism). Second, diamonds are superconductors that readily carry a current. And third, according to Scott, their diamond-making process makes it possible to encase the radioactive carbon-14 diamond with a thin layer of regular diamond made from carbon-12, thus confining its radiation and amplifying its output:

The one thing we can do with that diamond and we need to do to make the technology work is actually we sandwich it in normal diamond. The reason for that is the normal diamond will not only shield that radiation and not let it out but it also increases the efficiency of the energy generation. By making that sandwich, we have the radioactive carbon 14 on the inside of the sandwich and the normal carbon 12 on the outside of that sandwich and hooking it up to our electrodes, we have our tiny little diamond device.

A final benefit would be that, in theory, the removal of large amounts of carbon-14 from the graphite in these holding containers would make disposing of that material much cheaper.

This idea, as neat and as flashy as it sounds, is, as best we can tell, still entirely theoretical. At the time of his lecture, Scott said they have developed a prototype battery, but this was made using nickel-63 as the radiation source and is therefore not a diamond, and also was not harvested from nuclear waste.

Since then, Scott tells us, he and his team have created a prototype synthetic diamond that uses a combination of carbon-14 and bits of tritium (a form of radioactive hydrogen) as the source of beta-radiation. “Some devices will have just 14C and others will have tritium and beryllium as additional beta emitting radioisotopes,” he told us via email. So far their work has remained private, however. “We have filed patents in the US and the UK and a number of publications and demonstrations will shortly be forthcoming.”

It also bears mentioning that, while the total output of energy from this theoretical battery would far exceed the length of time that modern agriculture has thus far existed, it would likely have fairly limited applications, according to the researcher’s press release:

The actual amount of carbon-14 in each battery has yet to be decided but one battery, containing 1g of carbon-14, would deliver 15 Joules per day.  This is less than an AA battery.  Standard alkaline AA batteries are designed for short timeframe discharge: one battery weighing about 20g has an energy storage rating of 700J/g. If operated continuously, this would run out in 24 hours.

Using carbon-14 the battery would take 5,730 years to reach 50 per cent power, which is about as long as human civilization has existed. However, it is unlikely that the diamond battery will provide direct power to an attached device. More likely is that it will be associated with a capacitor that will be ‘trickle charged’ by the battery and then discharge at set intervals, to power devices at set intervals or to continually power low draw devices.

The science discussed in Scott’s “Diamonds Are Forever” lecture is valid, and rests on decades of research into both betavoltaic systems and synthetic diamond production. However, as such a battery has yet to be made, and because its applications would in all likelihood be somewhat limited, we rank any claim that suggests this technology is a reality now as a mixture.