It wasn't the first time the nominee for U.S. assistant health secretary was targeted online. 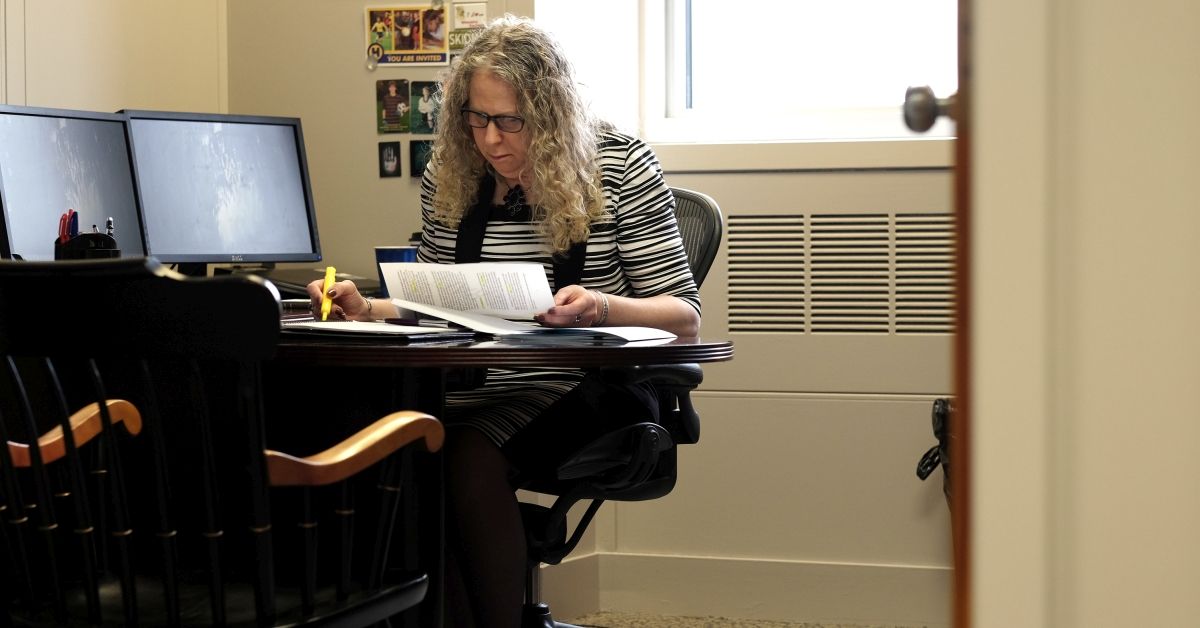 In late January 2021, Facebook users shared a screenshot that purported to show photographs of Dr. Rachel Levine, the Pennsylvania secretary of health who was nominated by U.S. President Joe Biden to serve as his assistant health secretary, pending confirmation by the U.S. Senate.

We have not been able to trace the original source of the image, therefore we don't know who is in the pictures nor the context surrounding what that person was doing, but the post was originally published on Gab, the social media platform popular among the far right. It included a caption that read, "This is our new Assistant Secretary of Health, appointed by Joe Biden," but didn't include any evidence.

Levine, a pediatrician by training, has served as Pennsylvania's top public health official since 2017. Since Biden's announcement of her nomination, Levine was celebrated for making history, potentially becoming the first openly transgender person to be confirmed by the Senate for a federal government post.

But she's also been the target of transphobic bullying online from both anonymous trolls and political figures. The image, shared widely on Facebook, was accompanied by transphobic and dehumanizing comments.

The blurry photographs appear to show a person wearing a baby blue colored dress with a short, flouncy skirt. In one photo the person carries a pink duffle bag and in the other, what appears to be a lanyard can be seen slung over their shoulder. We pixilated this person's face since we don't know their identity and therefore couldn't reach out for comment. As noted above, we found no evidence to support the claim that these pictures depict Levine. The fact that they were originally posted for trolling purposes on Gab, and that the image quality is so bad that no clear features can be discerned, along with the hateful context in which it was posted, suggests the meme was a viral hoax intended to stir transphobic hate.

We reached out to Facebook for comment about whether it's taking any specific action to tamp down transphobic hate speech targeting Levine and the transgender community as a whole but didn't receive a response in time for publication.

This wasn't the first online smear to target Levine. A Pennsylvania Republican legislator apologized on Jan. 23, 2021, and deleted his Facebook account after sharing a meme mocking Levine's appearance. In June 2020, the president of the Upper Perkiomen School Board, northwest of Philadelphia, was removed from her post and censured for posting a transphobic meme about Levine.