Are George Washington's Hair and JFK's Harvard Sweater Up for Auction?

"The copious lock of George Washington's grayish tan hair is tied together with a fine white thread and displayed within a locket-style bezel," according to RR Auctions. 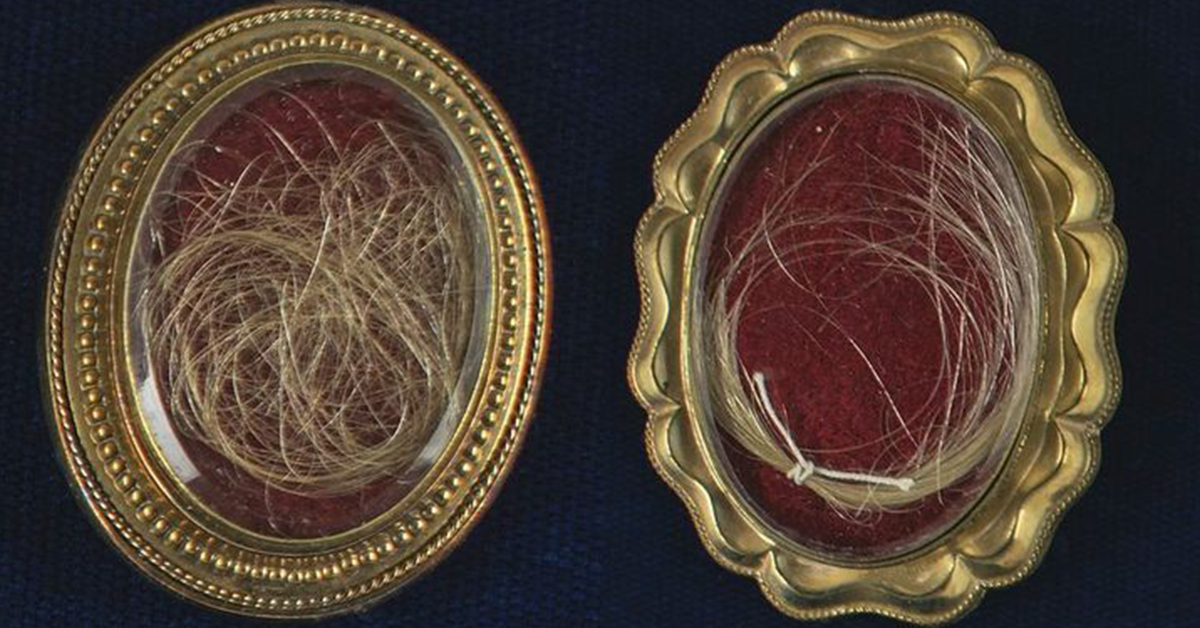 Claim:
A 2021 Presidents Day auction was selling, among other things, actual hair from former President George Washington and a Harvard sweater that belonged to John F. Kennedy.
Rating:

On Feb. 10, 2021, The Associated Press reported on a "quirky Presidents Day auction." The auction, which runs until Feb. 18, 2021, contains an impressive cache of presidential memorabilia, including the hair of George Washington and Abraham Lincoln, and a Harvard sweater owned by John. F. Kennedy. These reports are factual.

"It’s almost Presidents Day, and now there’s a chance to own a quirky piece of White House history," reported The AP.  "Locks of George and Martha Washington’s hair, Andrew Johnson’s order of a national day of mourning after Abraham Lincoln’s assassination and the pen that Warren Harding used to end U.S. involvement in World War I are among a trove of nearly 300 presidential artifacts hitting the auction block. … Other items being auctioned include John F. Kennedy’s crimson Harvard sweater and a photograph of Lincoln and his son, Tad, signed by the 16th president."

According to its listings on RR Auction, the Boston-based auction house offering the items, the hair has its origins in the family of Anne Aylett Robinson, who was the grandniece of George Washington. "The copious lock of George Washington's grayish tan hair is tied together with a fine white thread and displayed within a locket-style bezel, while the ample strands of Martha Washington's light gray hair are loosely held in a similarly ornate frame," RR Auctions wrote. In addition to hair of the Washingtons, both a "large lock" and "a few well-documented hair strands" from Abraham Lincoln are for sale, as well.

Another notable item in the auction highlighted by media reports is an iconic Harvard sweater that once belonged to John F. Kennedy. According to the auction house, the sweater "was acquired by CBS cameraman Herman Lang while shooting the network's May 1964 interview of Jacqueline Kennedy":

Being a chilly day in May, Lang remarked to a Kennedy staff member that he was catching a cold. The woman offered Mr. Lang this Harvard sweater to wear while he was filming outside. Apparently everyone laughed at Lang because the sweater was too big for him, but it was only when somebody mentioned that it was the late President’s sweater and that his name was still stitched to the inside of the collar that Mr. Lang felt awkward wearing the cardigan. He decided, however, that ‘it was better than freezing to death.’ After completing his filming outdoors he moved inside the house for Jacqueline Kennedy’s interview. When he attempted to return the sweater to a Kennedy insider he was told that he could keep it as a reminder of the late John F. Kennedy.

Speaking to The AP, RR Auction spokesperson Mike Graff said the collection “honors America’s esteemed commanders-in-chief.” Because these items are legitimately for sale, we rate the claim as "True."