Is This a Real Video of a Queen’s Guard Shooting at a Tourist? 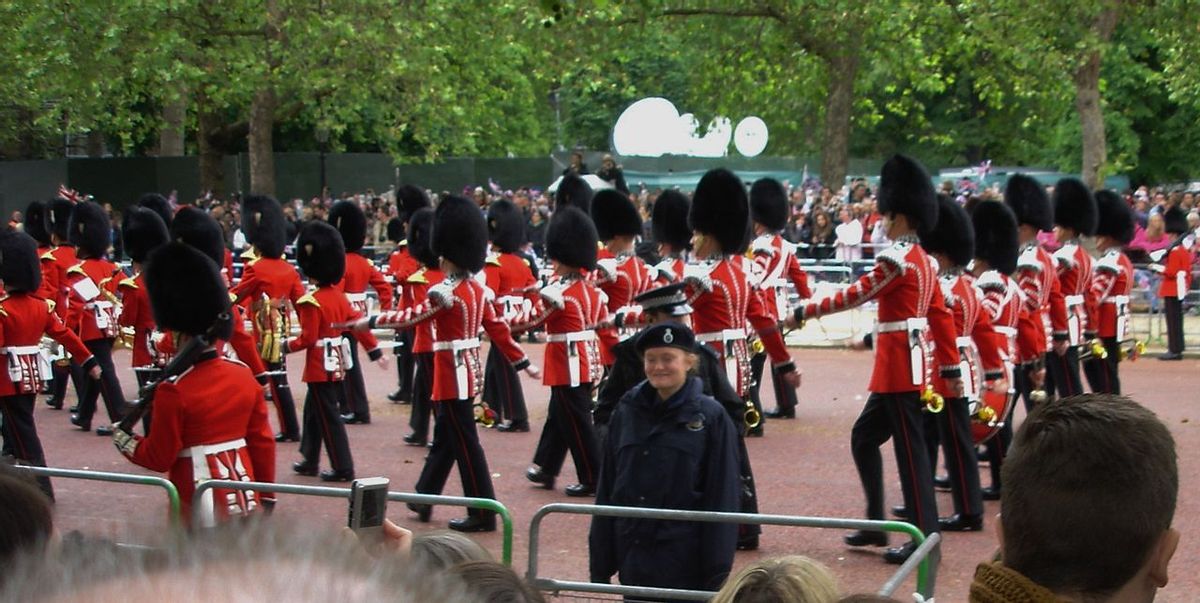 Claim:
A video accurately shows a member of the Queen’s Guard shooting at a tourist at a royal palace.
Rating:

A video claiming to show a member of the British Queen’s Guard shooting at tourists went viral in May 2022. The video, however, had been edited with sound effects — the guard never actually shot at tourists.

No Context Brits, a Twitter account with hundreds of thousands of followers, asked if the video was real:

In the video, a tourist touches the shoulder of a member of the Queen’s Guard — soldiers who are responsible for guarding the royal residences in the U.K. — who shouts, “Get back from the Queen's Guard!” He appears to aim and fire his rifle as the tourist runs away.

This is pulled from an older video that has been on YouTube since at least 2015. The tourist approaches the guard, who has the same reaction except he simply shouts at the man, points his bayonet in the tourist’s direction, and then resumes his march. He does not shoot at anyone.

These guards do not just patrol the royal palaces and carry out ceremonial duties, but are fully trained soldiers.

Over the years, videos have been shared of their altercations with visitors. In December 2021, a video of a guard at the Tower of London knocking over a child as he marched went viral. In response, the tower authorities said: “We are aware of this incident and were sorry to see this. The Guards at the Tower do take care to warn the public when they’re moving, and this was an unfortunate accident. Our staff and the soldier checked in on the family afterwards and were reassured that all was well."

The guards follow a particular protocol if they are disturbed or interrupted in their regular rounds, according to ITV News. Onlookers are often warned that guards do not alter their marching course if someone gets in the way, and if someone is being a nuisance they come to attention by stamping their boot and shouting, “Stand back from the guard,” or something similar. If they keep getting bothered, they move their weapon to "slope arms," a specific position where they hold the weapon at a slope while shouting the same command.

The final warning involves issuing a challenge. According to ITV, the “sentry will slope arms and then move the weapon into a position called 'port arms' where the weapon points at the person.”

ITV detailed a past incident at Windsor Castle in which a tourist was mimicking a guard’s march and grabbed his shoulder, resulting in ropes being installed between sentry posts and the public.

ITV also reported on the same video in 2015, in which the Ministry of Defence said the soldier's actions were an "appropriate reaction,” and he would not be disciplined.

Given that this incident is an old one, which has been reported on before, and the new footage has clearly been edited, we rate this claim as “False.”