Did Former QAnon Believer Apologize to Anderson Cooper for Thinking He Ate Babies?

"You actually believe that I was drinking the blood of children?" Anderson Cooper asked the guest. 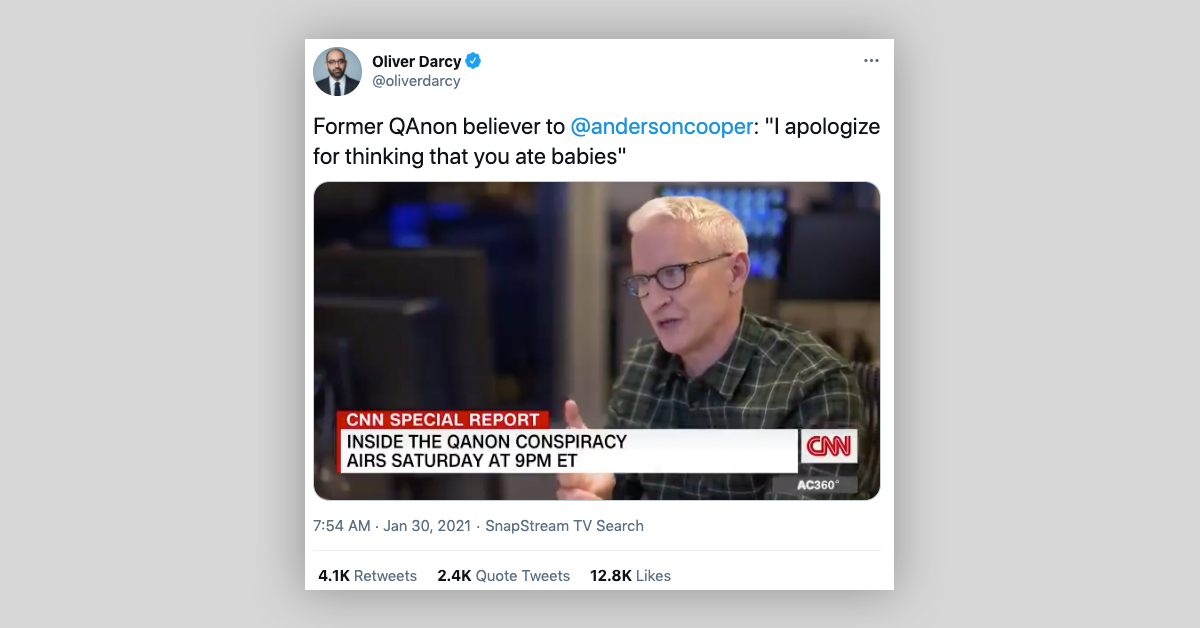 On a Jan. 30, 2021, broadcast of "Anderson Cooper 360" on CNN, Jitarth Jadeja — a former believer in QAnon, the sprawling set of conspiracy theories asserting, in part, that elite pedophiles in media and government control the world — apologized to Cooper for once thinking the news anchor ate babies.

"Did you at the time believe that high-level Democrats and celebrities were worshiping Satan, drinking the blood of children?" Cooper asked Jadeja in an interview conducted as part of a CNN special report on QAnon (transcript here). "Anderson," Jadeja replied, "I thought you did that. And I would like to apologize for that right now. So I apologize for thinking you ate babies."

CNN reported that Jadeja had been a believer until June 2019. He has been featured in a number of media reports and podcasts about leaving the QAnon world, including a September profile in Rolling Stone and an October profile in The Washington Post. As the interaction is genuine, the claim is "True."