Did British Police Find Putin's Passport at the Scene of the Salisbury Poison Attack?

A satirical web site took accusations of Putin's involvement in the March 2018 poisoning of a former Russian spy on British soil to extremes. 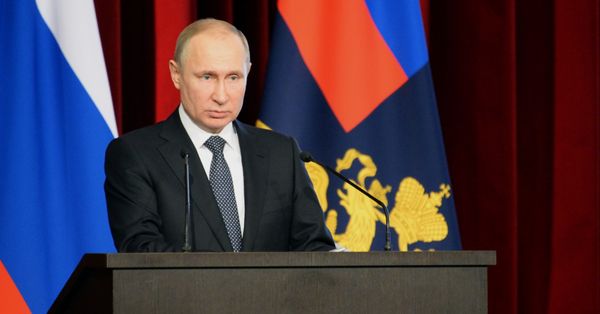 On 12 March 2018, UK's prime minister Theresa May announced that it is "highly likely" that the nerve agent with which former Russian spy Sergei Skripal and his daughter were poisoned on British soil earlier that month came from Russia.

Four days later, the self-styled "honest news" web site The-Postillion.com reported a shocking development in the case — namely, that investigators had found Russian president Vladimir Putin's passport at the scene of the crime:

Salisbury (dpo) - Last doubts over Russia's guilt in poisoning former spy Sergei Skripal have been eliminated. As the British government announced today, the passport of Russian president Vladimir Putin was found at the scene in Salisbury.

According to Prime Minister Theresa May, the passport was only now found in another search of the scene, as it had been hidden under a fallen leaf.

The article closed with the claim that the British government gave the Russian Federation 24 hours to extradite their president to London.

But although it is true that the governments of England, France, Germany, and the United States have all pointed the finger at Russia as the likely perpetrator of the 4 March 2018 attack, which left its intended victims in critical condition and harmed several others, including people who came to the aid of Skripal and his daughter, no physical evidence has come to light directly linking Putin to the crime. Russia has denied any involvement in the crime.

No reports of Putin's (or anyone else's) passport being discovered at the scene appeared in mainstream news sources, and for good reason: It's false and preposterous. The Postillion is a satirical web site whose content, according to a disclaimer on the site's FAQ page, is entirely fictional and for entertainment purposes only:

1. Are these true news and stories?
No, everything you can read here is satire and therefore all made-up. Any resemblance to actual persons, living or dead, or actual events is purely coincidental.

Among the other tongue-in-cheek "scoops" published on the site are articles reporting that the White House was fitted with a revolving door to facilitate staff turnover, and that President Trump announced he will deport Native Americans back to India.