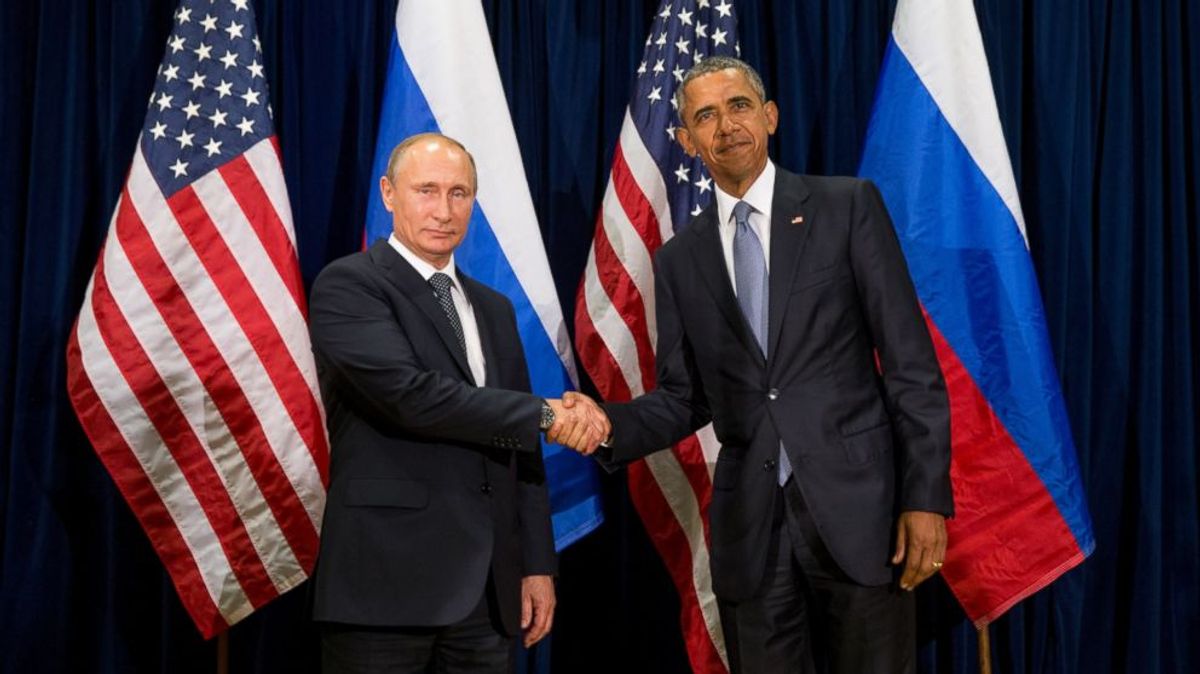 U.S. president Donald Trump was targeted by critics in July 2018 for seemingly failing to confront Russian president Vladimir Putin over Russia's reported meddling in the 2016 U.S. presidential election. While pundits described Trump's performance as "disgraceful," "shameful,"  and "treasonous," the President's supporters attempted to steer the conversation away from Trump by sharing an image purportedly showing Putin aggressively grabbing President Obama by the tie and pulling him close, along with comments about how the picture demonstrates that Trump's predecessor was actually the "weak" one when it came to dealing with Russia: This image does not provide much insight into Obama and Putin's relationship, however, because it has been digitally manipulated.

The image of Putin pulling Obama's tie has been circulating online since at least early 2016. The doctored image was based upon a photograph taken by White House photographer Peter Souza on 6 June 2014 in Normandy, France, during a meeting of various world leaders to commemorate the 70th anniversary of D-Day: "The President talks with Russian President Vladimir Putin after a lunch with other foreign leaders to commemorate the 70th anniversary of D-Day in Normandy, France. I'm sure they were talking about a subject matter other than D-Day."

As Trump's supporters used the manipulated image to accuse Obama of being intimidated by Putin, Souza re-shared his genuine photograph with the caption, "Here’s how you’re supposed to deal with the Russian president."