Were Stocks of Airlines Suspiciously Shorted Just Before 9/11?

Highly publicized allegations of insider trading in advance of 9/11 generally rest on reports of unusual trading activity in companies whose stock plummeted after the attacks. 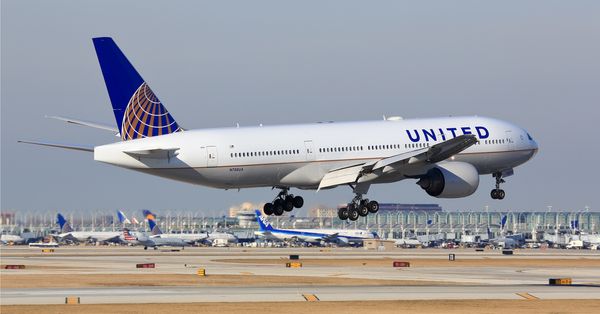 Claim:
In the days just prior to the September 11 attacks, large quantities of stock in United and American Airlines were traded by persons with foreknowledge of the upcoming 9/11 attacks.
Rating:

The operation had taken years to plan, and the perpetrators knew well in advance which airlines would be affected.

In the month prior to the 11 September 2001 attacks on the World Trade Center and the Pentagon, unusual trading activity involving American and United Airlines stock was noted by market analysts who at the time had no idea what to make of it. Wildly unusual discrepancies in the put and call ratio — 25 to 100 times normal — were reportedly observed in stock options of the two airlines. In one case, Bloomberg's Trade Book electronic trading system identified option volume in UAL (parent of United Airlines) on 16 August 2001 that was 36 times higher than usual.

(Options are wagers that the price of a 100-share block of a particular stock will rise or fall by a certain date. "Puts" are "shorts," or bets the stock price will fall. "Calls" are bets the price will rise. Thus, one who has reason to believe a particular company is about to suffer a terrible reversal of fortune would purchase "puts" against that entity's stock.)

But it was during the final few trading days (the market closes on weekends) that the most unusual variances in activity occurred. Bloomberg data showed that on 6 September 2001, the Thursday before that black Tuesday, put-option volume in UAL stock was nearly 100 times higher than normal: 2,000 options versus 27 on the previous day.

On 6 and 7 September 2001, the Chicago Board Options Exchange handled 4,744 put options for United Airlines' stock, translating into 474,000 shares, compared with just 396 call options, or 39,600 shares. On a day that the put-to-call ratio would normally have been expected to be roughly 1:1 (no negative news stories about United had broken), it was instead 12:1.

On 10 September 2001, another uneventful news day, American Airlines' option volume was 4,516 puts and 748 calls, a ratio of 6:1 on yet another day when by rights these options should have been trading even. No other airline stocks were affected; only United and American were shorted in this fashion.

The National Commission on Terrorist Attacks Upon the United States (also known as the "9/11 Commission") investigated these rumors and found that although some unusual (and initially seemingly suspicious) trading activity did occur in the days prior to September 11, it was all coincidentally innocuous and not the result of insider trading by parties with foreknowledge of the 9/11 attacks:

Highly publicized allegations of insider trading in advance of 9/11 generally rest on reports of unusual pre-9/11 trading activity in companies whose stock plummeted after the attacks. Some unusual trading did in fact occur, but each such trade proved to have an innocuous explanation. For example, the volume of put options — instruments that pay off only when a stock drops in price — surged in the parent companies of United Airlines on September 6 and American Airlines on September 10 — highly suspicious trading on its face. Yet, further investigation has revealed that the trading had no connection with 9/11. A single U.S.-based institutional investor with no conceivable ties to al Qaeda purchased 95 percent of the UAL puts on September 6 as part of a trading strategy that also included buying 115,000 shares of American on September 10. Similarly, much of the seemingly suspicious trading in American on September 10 was traced to a specific U.S.-based options trading newsletter, faxed to its subscribers on Sunday, September 9, which recommended these trades. The SEC and FBI, aided by other agencies and the securities industry, devoted enormous resources to investigating this issue, including securing the cooperation of many foreign governments. These investigators have found that the apparently suspicious consistently proved innocuous.