Is ProtestJobs.com a Real Service for Hiring Protesters?

"Most in the FAKE NEWS media will claim there's no such thing as a paid liberal protester." 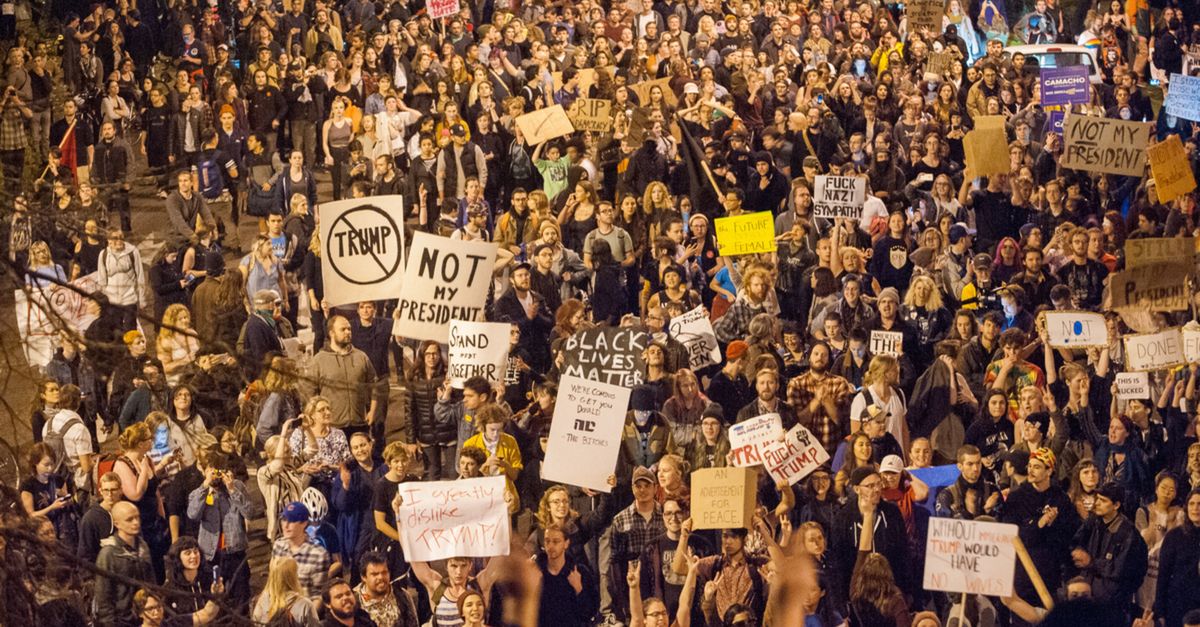 Claim:
Professional protesters can be hired through the website ProtestJobs.com.
Rating:

Large-scale political protests are typically accompanied by claims that many of the protesters are actually persons who have no vested interest in the issue being contested, but are instead actors hired to play the part of protesters.

Although paid protesters are not a concept completely within the realm of fiction, in recent years the concept has been spoofed via multiple fake advertisements and websites established offer pretend services providing protesters (or supporters) for political events.

One such website that garnered renewed attention during the May 2020 protests over the police-custody death of George Floyd in Minneapolis was ProtestJobs.com, a service that purports to "connect our network of professional protesters with protest organizers using advanced analytics and artificial intelligence to determine the best match": DemandProtest.com and ProtestJobs.com were similar "paid protesters for hire" websites that sprang into being around the same time (i.e., coincident with President Donald Trump's January 2017 inauguration), and went dormant soon afterwards. The former garnered a fair amount of right-wing news coverage and then was quickly revealed as a hoax, while the latter drew little attention and quietly petered out after a few weeks before essentially admitting the site was satirical in nature:

As is common with fake business websites, ProtestJobs.com used stock photos to represent the faux "customers" who contributed personal testimonials, and it offered no way for putative customers to order or pay for its services (providing only a generic contact form that produced nothing but a "Sorry, it seems that our mail server is not responding" error message).

As well, the "Protest Package" option listings on ProtestJobs.com included multiple entries intended to be ludicrously humorous, such as "Car/Dumpster fire upgrade option available," "Broken store front window included in all EZ-RIOT packages," and "Free National Parks tweet comparing the size of your protest to the inauguration."

For a tongue-in-cheek discussion of this phenomenon, we recommend Rex Huppke's discourse on his "Paid Liberal Protester Employment Contract," obtained -- naturally enough -- through the website paidliberalprotester.com.

Koren, James Rufus.   "Paid Protesters? They're Real — And a Beverly Hills Firm That Hires Them Stands Accused of Extortion in a Lawsuit."     Los Angeles Times.   21 October 2018.

Ohlheiser, Abby.   "How a Hoax Website About Paid Protesters Came Crumbling Down Live on TV."     The Washington Post.   18 January 2017.