Were Piles of Rubbish Left in Hyde Park By Global-Warming Protesters?

By most accounts, the protests held by "Extinction Rebellion" have been rather tidy affairs. 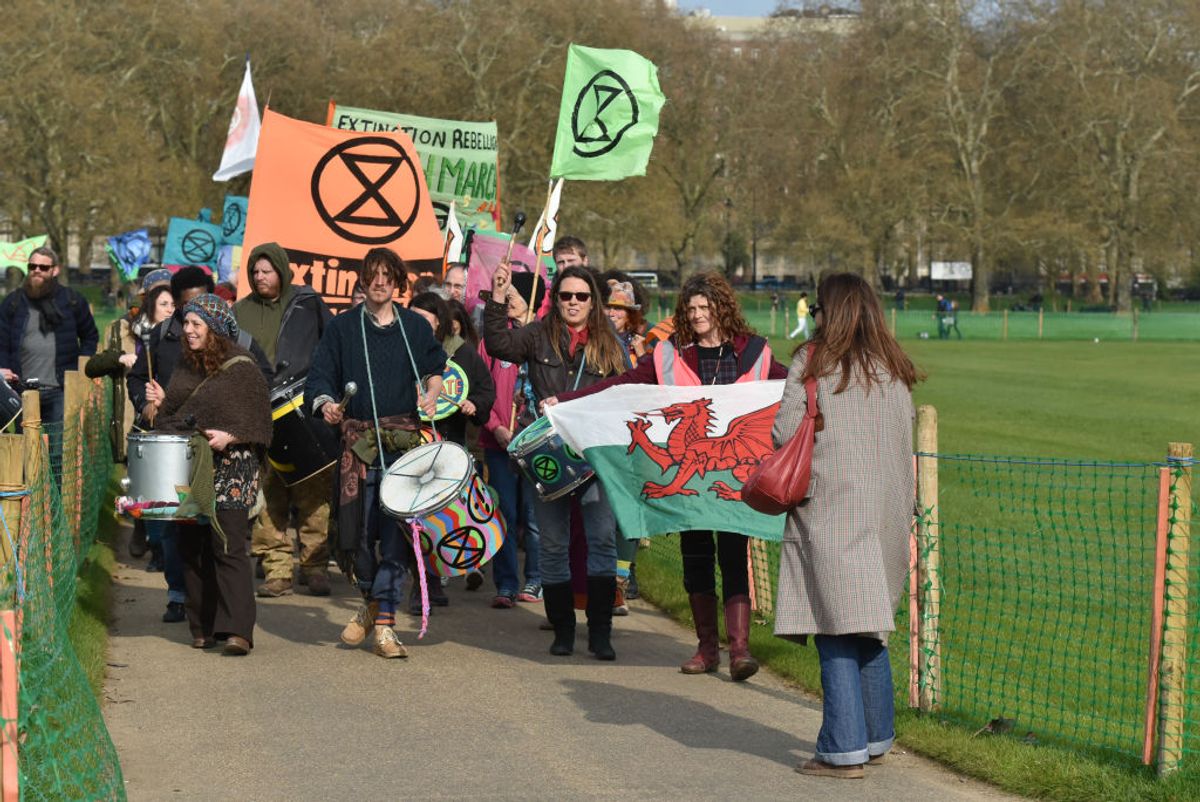 Claim:
A photograph shows a pile of rubbish left in Hyde Park by global-warming protesters.
Rating:

In late April 2019, social media users started sharing images that supposedly showed piles of rubbish in London's Hyde Park. Many of these posts claimed that the refuse had been left behind after a global-warming-protest event held by the group "Extinction Rebellion" (XR): While one of these images truly shows rubbish in Hyde Park (the other was taken in Mumbai), neither of these photographs show the aftermath of the global-warming protest.

The image on the right is at least a year old and comes from Versova beach in Mumbai, India. It appears that this image was circulated in a bad-faith attempt to paint global-warming protesters in a negative light.

The image on the left truly shows rubbish in Hyde Park. However, the image was taken in the aftermath of a celebration for 420, a marijuana-centric holiday, not a global-warming protest.

As the reefer revelers gathered in Hyde Park on 20 April 2019, the Extinction Rebellion was at the nearby Marble Arch for a global-warming rally.  It appears the rubbish left behind by one group was later blamed on the other.

The confusion likely stemmed in part from a post by the Facebook page THTC (The Hemp Trading Company), which mentioned the proximity of the Extinction Rebellion to the 420 rally when THTC first shared this image:

This is #HydePark after #420. Ashamed is not the word. With #extinctionrebellion not yards away, so many of you couldn’t be bothered to clean up after yourselves. Ironic for a movement that holds a plant in such high regard. #cannabiscommunity you can do better - you need to do better.

This Facebook page later updated the post to clarify who was responsible for the rubbish. THTC explained this image showed garbage left behind by 420 revelers, and that Extinction Rebellion's only connection to the mess came from members who helped clean up the mess:

IMPORTANT EDIT: a lot of people are misreading this post. This was the aftermath of Hyde Park 420 - and was *cleaned up* by Extinction Rebellion crew. THTC is nothing but supportive of XR. Please read *all* the post copy before flying off the handle, people...

EDIT: Posted this in the comments, but all this ended up being cleaned up by a crew from Extinction Rebellion, which included the absolute eco-warrior legend, Swampy! Many internet users came to Extinction Rebellion's defense after the group was falsely blamed for the rubbish. Alex Thompson, the chief correspondent and presenter for Channel 4 News, posted several pieces of media featuring the surprisingly tidy scene during the XR rally:

Small remnant XR protest in P Sq - notice how there isn’t one scrap of litter. pic.twitter.com/ROnqVKDnxk

What do you see? Yup - not one scrap of litter at what is in effect a mini festival pic.twitter.com/9lTFb77J1j