Can Pronghorn Antelope See the Rings of Saturn?

The ungulates are said to have “bionic binocular vision.” 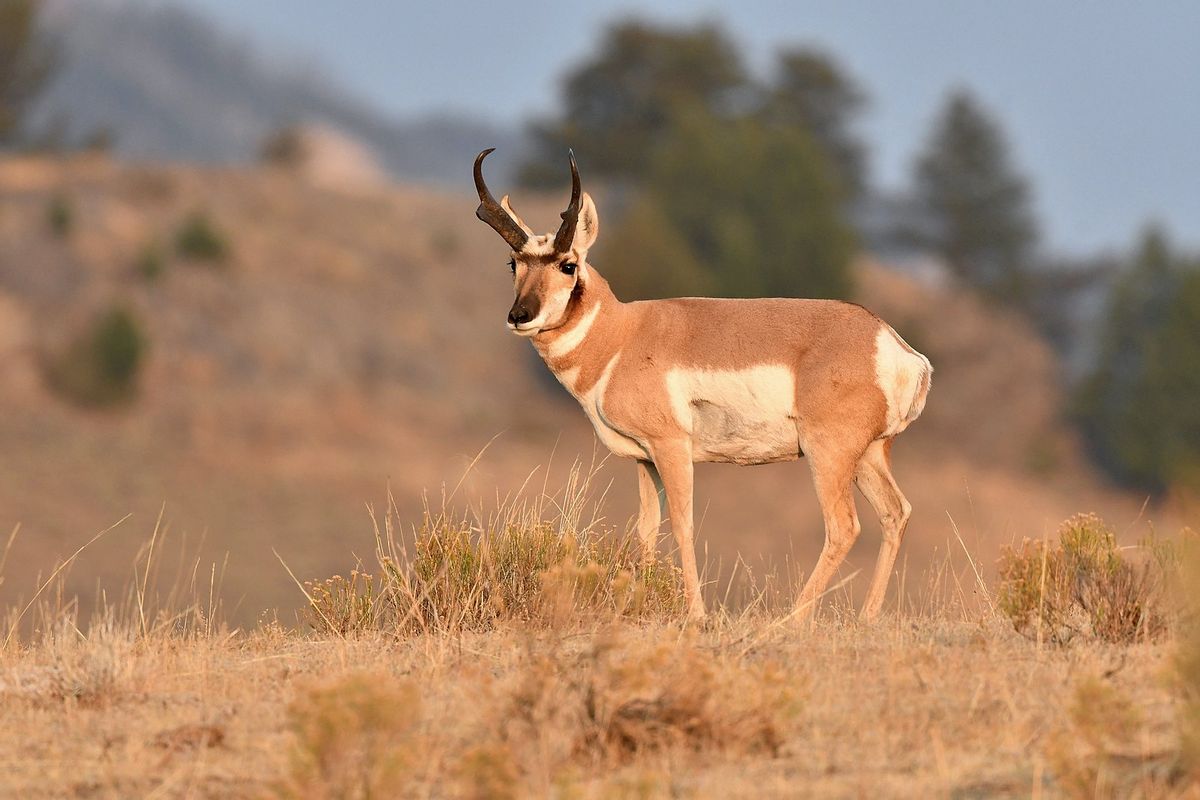 Claim:
Pronghorn antelope have 10x (10 power, or 10 times magnified) vision, which means that on a clear night, they can see the rings of Saturn.
Rating:

Found across the sagebrush plains of North America, pronghorn antelope are known for both their speed — which can top out at 60 miles per hour — and what the U.S. Fish and Wildlife Service describes as “bionic binocular vision.”

In November 2021, that impressive vision landed the ungulate in the middle of a meme that claimed because the animal supposedly has "10x vision" (10 power or 10 times magnified vision), it can see the rings of Saturn on a clear night. This claim is false. While it is true that the pronghorn antelope has some of the best vision in the animal kingdom, it is not the equivalent of 10 times magnification.

“Pronghorn rely not only on speed but also keen vision for protection. Their eyes, as big as an elephant’s, see the world as you would if using binoculars with 8 power magnification,” wrote FWS. “With eyes set far apart, a pronghorn’s field of view is much wider than you see even with the naked eye.”

In fact, pronghorns' black, round eyes are the largest of any hoofed animal in relation to size and allot the animal nearly 300 degrees of vision, noted FWS. These special adaptations give the pronghorn what’s known as an 8 power, or 8x, vision, which refers to the power of magnification their eyes can see. In the case of pronghorns, the 8x magnification makes the view of the world around them appear eight times closer than to the naked eye, for example. (By comparison, most binoculars have between an 8x and 10x magnification, the latter being most often used by big-game hunters, according to the photography website B&H.)

Even if the pronghorn did have 10 times magnified vision, that magnification would still not allow them enough power to see the rings of Saturn. Snopes spoke with Alfredo Carpineti, an astrophysicist and science writer with IFLScience, who said that in order to see the rings of Saturn from Earth, an “incredible magnification” is needed — and pronghorn antelope are slightly shy of that power.

Carpineti said most can spot the rings of Saturn using a magnification of 25x “just as Galileo did in 1610,” but it would require a 50x magnification to “clearly see the rings as a distinct structure.” With the 8x eyesight pronghorn antelope have, Saturn would appear simply as a “disk with bulges on each side.”