Did Obama's Literary Agent Say He Was Born in Kenya?

A 1991 literary promotional booklet identified Barack Obama as having been born in Kenya. 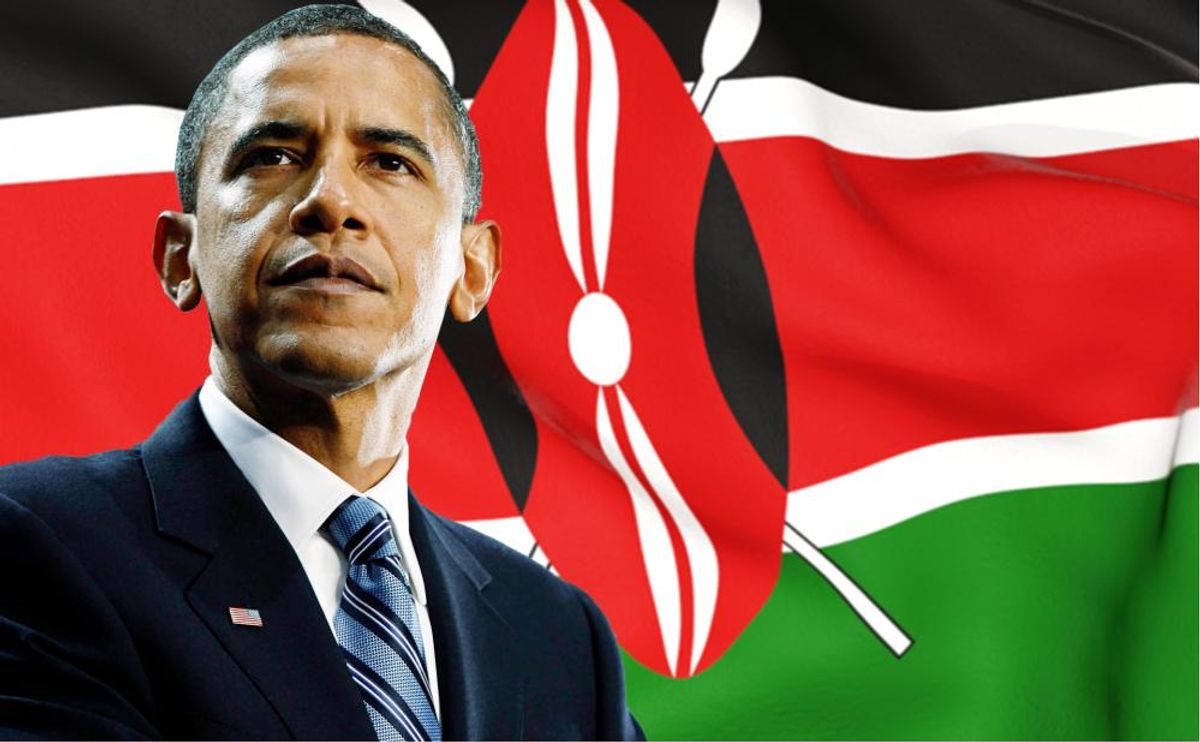 In May 2012 the web site Breitbart published a copy of a promotional booklet produced in 1991 by the literary agency Acton & Dystel showcasing their roster of writers, among whom was a young man named Barack Obama. This booklet was of particular interest because it included a brief biographical sketch which described the future President as having been born in Kenya:

Barack Obama, the first African-American president of the Harvard Law Review, was born in Kenya and raised in Indonesia and Hawaii. The son of an American anthropologist and a Kenyan finance minister, he attended Columbia University and worked as a financial journalist and editor for Business International Corporation. He served as project coordinator in Harlem for the New York Public Interest Research Group, and was Executive Director of the Developing Communities Project in Chicago's South Side. His commitment to social and racial issues will be evident in his first book, Journeys in Black and White.

Is this booklet evidence that Barack Obama was actually born in Kenya? Not even the site that published it made that claim, noting in a disclaimer that:

Andrew Breitbart was never a "Birther," and Breitbart News is a site that has never advocated the narrative of "Birtherism." In fact, Andrew believed, as we do, that President Barack Obama was born in Honolulu, Hawaii, on August 4, 1961.

... [W]e discovered, and now present, the booklet described below — one that includes a marketing pitch for a forthcoming book by a then-young, otherwise unknown former president of the Harvard Law Review.

It is evidence — not of the President's foreign origin, but that Barack Obama's public persona has perhaps been presented differently at different times.

The editor of the biographical text about Barack Obama which was included in the booklet maintained that the mention of Kenya was an error on her part and was not based on any information provided to her by Obama himself:

Miriam Goderich edited the text of the bio; she is now a partner at the Dystel & Goderich agency, which lists Obama as one of its current clients.

"You're undoubtedly aware of the brouhaha stirred up by Breitbart about the erroneous statement in a client list Acton & Dystel published in 1991 (for circulation within the publishing industry only) that Barack Obama was born in Kenya. This was nothing more than a fact checking error by me — an agency assistant at the time," Goderich wrote. "There was never any information given to us by Obama in any of his correspondence or other communications suggesting in any way that he was born in Kenya and not Hawaii. I hope you can communicate to your readers that this was a simple mistake and nothing more."

A New York Times article about Barack Obama published in 1990, a year before the Acton & Dystel promotional booklet was issued, correctly identified his birthplace as Hawaii.

A variant of this item paired the image shown above with the statement "Big Oops! Harvard Law Review did not cleanse its 1991 yearbook which states he was born in Kenya." As noted above, the biographical sketch pictured above was put out by a literacy agency; it was not part of any yearbook published by Harvard.