Was Pro Power Saver Endorsed by Elon Musk and Tesla?

An online article claimed, "Elon Musk's new electricity saving invention has residents saving up to 90% off their monthly electric bill." 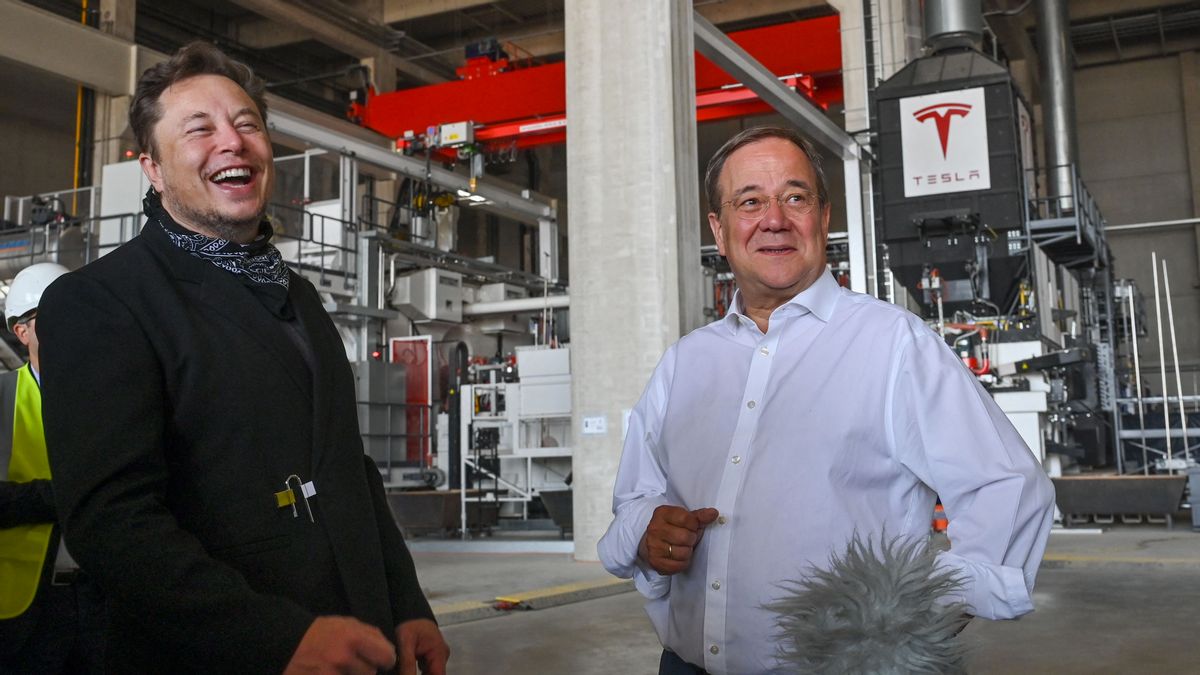 Not only did Musk and Tesla have absolutely nothing to do with this, the claim that the device could potentially save homeowners up to 90% off their electricity bill reminds us of a wise saying: If something seems too good to be true, it probably is.

In the final months of 2022, online users reported seeing ads that claimed Twitter owner Elon Musk and Tesla, the company that he had been the CEO of for years, had endorsed a product named Pro Power Saver or Power Save Pro. According to articles connected to the ads, the device could help homeowners save up to 90% off their homes' electricity bills.

However, the truth is that Musk's image and likeness, and the Tesla name, were both being used without permission, meaning neither Musk nor Tesla had anything to do with any of this.

Further, we don't recommend trusting any claims that say homeowners will be able to save such an enormous percentage off of their electricity bills. Had this truly been possible, it would be one of the most popular products around today. As we mentioned under the fact-check rating above, it's worth remembering that if something seems too good to be true, then it probably is.

As of January 2023, a search of Google brought up an ad that read, "Power Saver Pro - Elon Musk Power Saver." The words for the product name were not in the right order, but it still showed the same device. Upon clicking the ad, we were led to a page on consumerreviewsite.com that did not mention Musk at all. Again, he had nothing to do with any of this.

This ad's mention of Musk's name was misleading.

In addition to the misleading Google ad, the idea that Musk had something to do with Pro Power Saver apparently stemmed from a scammy article that was designed to somewhat resemble the design of articles that can be found on FoxNews.com. One of these stories was originally hosted on the gadgetreviewking.com website, but was no longer accessible.

While we couldn't find an active link to the elusive fake Fox News article, what we did locate were posts that showed social media users had copied and pasted the text of the story.

When readers clicked on an ad that led to the fake Fox News story, the article would automatically fill in a state name based on the user's current IP address. In this case, the state was California:

Elon Musk's New Electricity Saving Invention Has California Residents Saving Up to 90% Off Their Monthly Electric Bill. Electric Power Companies Are Demanding It Be Banned Immediately!

"Do not pay your electric bill until you read this. As electricity prices continue to rise in California, I realize that not everyone can afford solar panels, so we wanted to come up with a way that EVERYONE can save tons of money on their electric bill. Hurry up and learn this trick before the power companies get their way and it's gone." - Elon Musk

Elon Musk, the genius CEO behind solar power giant Tesla has been the talk of the town lately. His most recent controversy is a genius electricity saving invention for those who can't afford fancy, expensive solar panels. The electric power companies are furious and want Elon's money saving invention banned before the American public can take full advantage of the savings.

He goes on to say "The big power companies are scamming you. Yes, that's right. Believe it or not, they have been using a secret to cheat you every time you run your lights, dishwasher, blender, vacuum and anything else that draws power. This is why your power bill is so expensive every month and keeps rising with some California residents paying as much as $500 a month in electric bills. Every American can slash their electricity bill by 90% using this revolutionary technology. You're welcome, America."

The article then went on to tell a sad story of a woman who purportedly died in a Tesla factory. According to the story, her death inspired Musk to create Pro Power Saver:

But for Elon Musk, this was more than just an invention to fight back against the greedy electric companies. When tragedy struck the Tesla factory, he knew he had to take action. Dorothy Smith was a 64 year old Tesla employee who died of a heat stroke after falling behind on her electric bills and her service was shut off in the middle of a record breaking heat wave. Her youngest daughter came to check up on her after many unanswered phone calls and tragically found Dorothy lifeless on the couch with her husband.

Seeing just how devastating electricity prices are on the average American's wallet, and witnessing his own employee, Dorothy Smith pass away tragically, Elon Musk set out to find his old drawing plans for an electricity saver invention he had made as a young genius in South Africa. The original drawing was based on a concept by his idol, legendary inventor, electrical and mechanical engineer and visionary, Nikola Tesla.

After a few hours of digging through old papers, he found it! Elon immediately called one of his brightest engineers at Tesla and trusted friend, Ed Sherwood. Combining their expertise, they set out to bring Elon's electricity saving dream to life.

Combining their experience they came up with a ground-breaking device that helps you not only lower your electric bill, but can also increase the lifespan on expensive household appliances because of all the energy it conserves.

They created what's being called the most important invention since the printing press!

They dubbed it, the Pro Power Saver!

None of this is true. It is all fiction, including the supposed story of a woman named "Dorothy Smith" having died of heat stroke in a Tesla factory.

If any readers notice ads for this kind of a miracle electricity-saving product with the claim that Musk or some other celebrity or other well-known person endorsed it, please contact us. Screenshots are helpful, but links are even better. If readers can send in both screenshots and links, that would assist us in our reporting.