Did President Trump 'Crash' a Wedding and 'Grope' the Bride?

Trump was a guest at a wedding at his golf club in Bedminster, New Jersey. 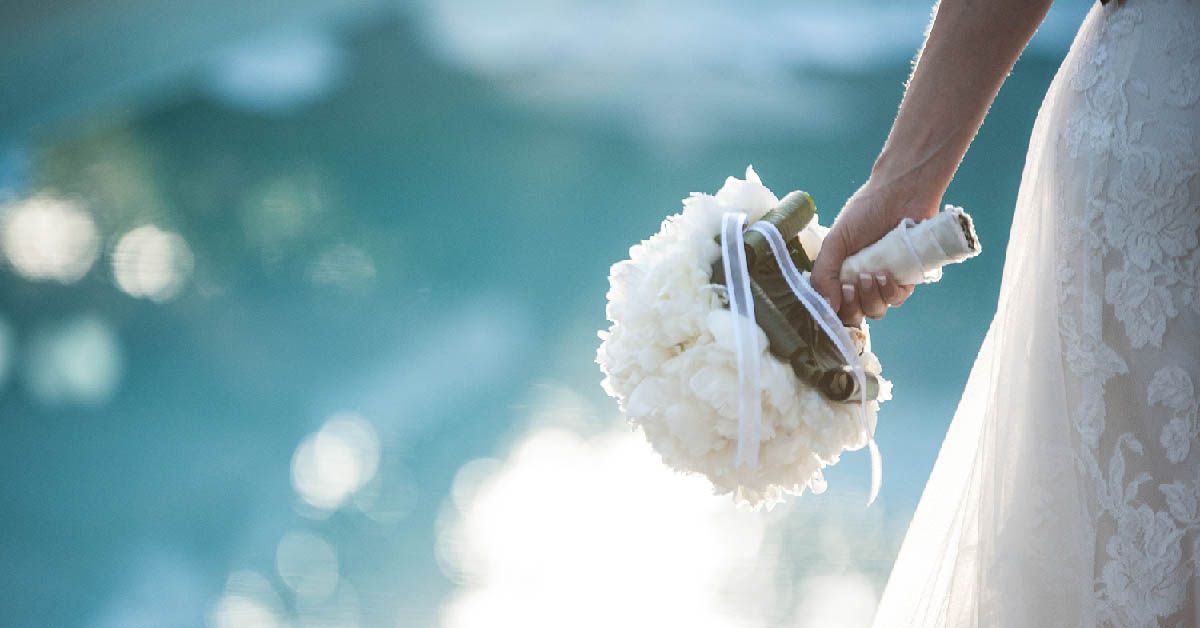 In mid-August 2019, various websites and social media users posted an image of U.S. President Donald Trump kissing a bride on the cheek, claiming that Trump was "groping" the newlywed or behaving in a "creepy" manner. Numerous websites also published stories reporting that Trump had crashed the wedding. All of these claims, as portrayed in the following tweet, are misleading.

#PredatorPresident ???
Creepy photos of Trump crashing a wedding and trying to kiss the bride were just posted https://t.co/l3s4immjh7 via @anteksiler

The image is a screen capture from a video taken at the July 20, 2019, wedding of PJ and Nicole Mongelli, who held their nuptials at Trump's golf club in Bedminster, New Jersey. PJ Mongelli told us in a phone interview that Trump didn't "crash" their wedding — he was an invited guest. Although the couple didn't know whether the president would accept, they sent him multiple invitations to ensure that he knew he was welcome.

"We sent him about four invitations just to make sure he knew we were inviting him," Mongelli told us. "All the news media outlets saying he crashed the wedding, that’s not the case. We invited him multiple times."

The image being widely shared on social media is not only cropped, it also shows only a brief moment in time that casts the moment Trump leaned in to give the bride a peck on the cheek in a negative light, as characterized by this example of such a post on Twitter:

What a disgusting man (and the groom is pretty awful for allowing #Trump to grope his bride) pic.twitter.com/ta19ihZPYw

But video from the event doesn't display any evidence of groping. Instead it shows Trump embracing the couple while their guests cheered. PJ Mongelli was not looking on in dismay while Trump kissed his bride, but was instead pumping his fist and chanting, "USA! USA! USA!" Both bride and groom were clearly ecstatic, an emotion they expressed in an interview with Fox News two days after their wedding.


PJ Mongelli said the internet reaction to their sudden moment of fame on account of the president's appearance at their wedding has been "disgusting." He said his wife was forced to set her Instagram account to "private" because of a flood of disturbing comments, some of which were derogatory and graphic.

"I don’t think you could print the stuff I would like to say [about that]," he said. "Like my father always taught me, it’s always nice to be nice. I respect everybody’s opinion. We may agree to disagree, but I'm not going to say something so appalling and disturbing that it ruins your day or your moment."

He said he was particularly disturbed by a tweet from actress Bette Midler, who wrote she "may hurl" after viewing the image. "Why can’t you just say, 'Wow that’s a beautiful thing'? People don’t do the right thing, and I don't like that," he said.

But the couple is still happy with the way things went. He said he was very happy "that the leader of the free world was at my wedding and hugging me and my wife, showing the type of character that he has. It was just a beautiful thing. It's "unreal," he said. "We're still riding on on a cloud." He's hoping the incident results in an invite to visit the White House.