Did President Trump Get Booed at the 2019 World Series?

The U.S. president appeared somewhat surprised by the crowd's reaction. 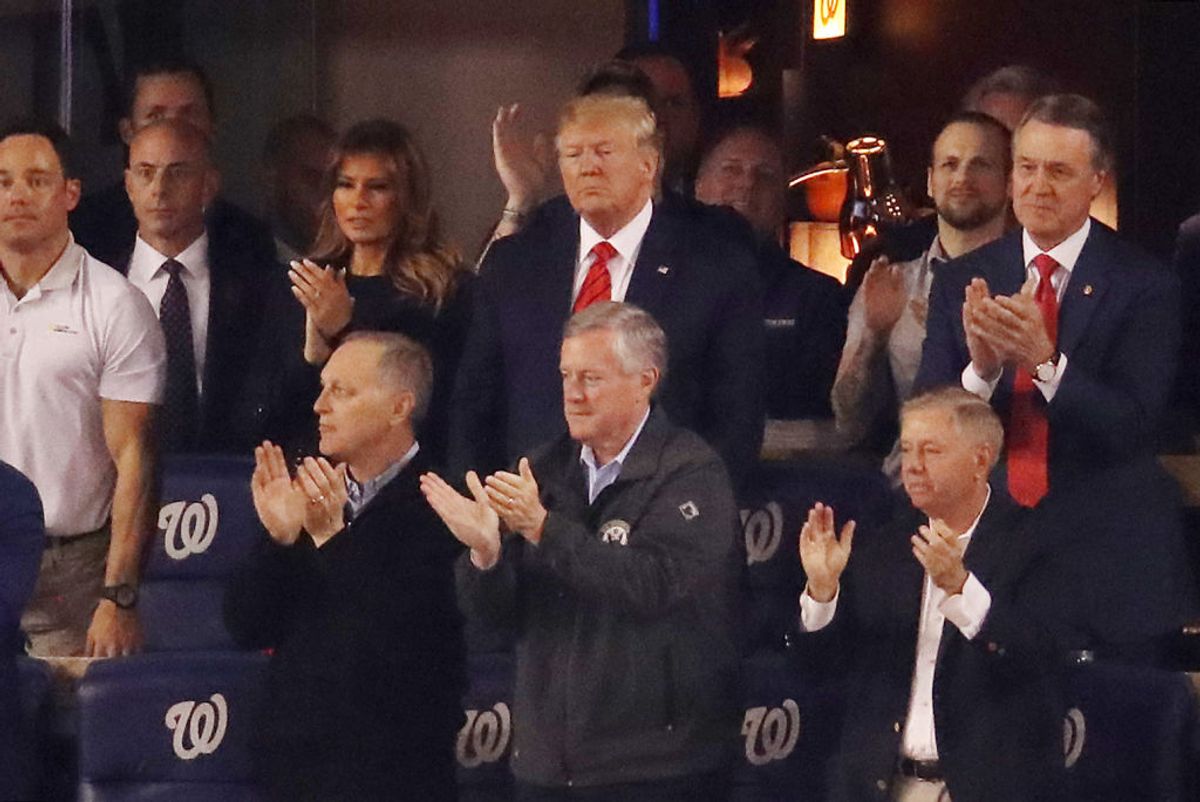 Claim:
U.S. President Donald Trump was booed by the crowd at the World Series in October 2019.
Rating:

U.S. President Donald Trump was roundly booed by the crowd at Game 5 of the World Series at National Park on Oct. 27, 2019. Reports about that show of disdain at the game between the Houston Astros and Washington Nationals prompted some to ask whether the event really happened.

Video of the crowd booing was posted by a number of witnesses, journalists and news organizations to social media. The crowd for the Sunday night game went from cheering the troops, to booing Trump, back to cheering the troops, when the presence of each was announced on the jumbotron:

Trump appeared surprised by the reaction, turning to first lady Melania Trump, who was seated to his right, and mouthing "wow" before smiling and applauding. It was unclear in the clip what specifically he was applauding.

WATCH: President Trump met with loud boos as he is introduced at the World Series in Nationals Park on Sunday night. pic.twitter.com/4RTW8ZqxqP

Some members of the audience also chanted "Lock him up," a play on one of the more popular chants at Trump's 2016 campaign rallies that targeted his opponent, Hillary Clinton.

Fans start to boo President Trump when he appeared on the Jumbotron at #Nationals park. Then fans chanted “Lock him up! Lock him up!”