An account posing as an ex-wife of former White House staff secretary Rob Porter, who resigned amid a domestic violence scandal, made the claim. 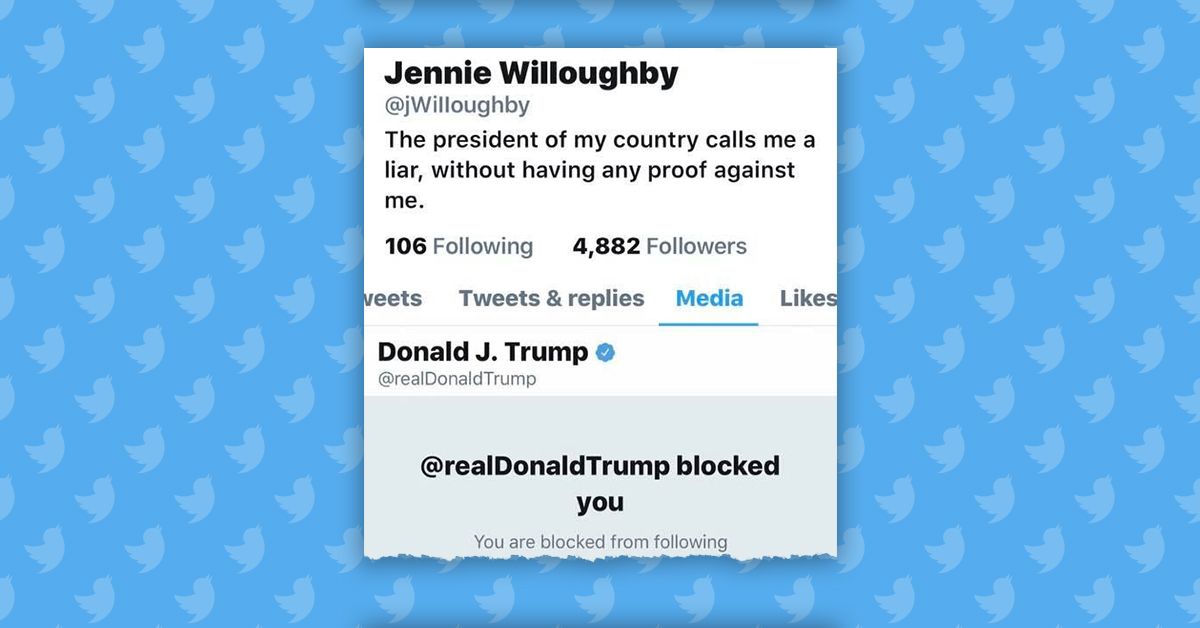 In early 2018, U.S. President Donald Trump received widespread criticism for the White House's response to domestic violence allegations levied against former staff secretary Rob Porter. Politico, for instance, wrote that the president dismissed the stories of two of Porter's ex-wives, Jennie Willoughby and Colbie Holderness, when he reiterated Porter's claims of innocence in the immediate aftermath of the news:

Trump explained his support by pointing to Porter’s own claims of innocence, apparently dismissing both the allegations by the two women, the photograph, and the fact that one of them had received a temporary retraining order against Porter.

"He says he’s innocent, and I think you have to remember that," Trump said.

An account posing as Jenny Willoughby took advantage over the ensuing controversy, posting a message claiming that she had been blocked by the president on Twitter: This is not the real Jennie Willoughby, whose Twitter handle is @myorgasticfutur, not @jWilloughby. The real Willoughby posted a message warning followers about the impersonator:

This is a FAKE account. Please do not engage and help me to report them as fraud. Thank you. https://t.co/VEQeSe9SH7

The impostor account was eventually suspended by Twitter, but that did not stop the claims and the screenshot from circulating unabated. The web site American Lion also published an article containing the false claim.