Is This the Obamas Marching with Protesters in 2020?

Past and present got a little confused online amid widespread protests across the U.S. 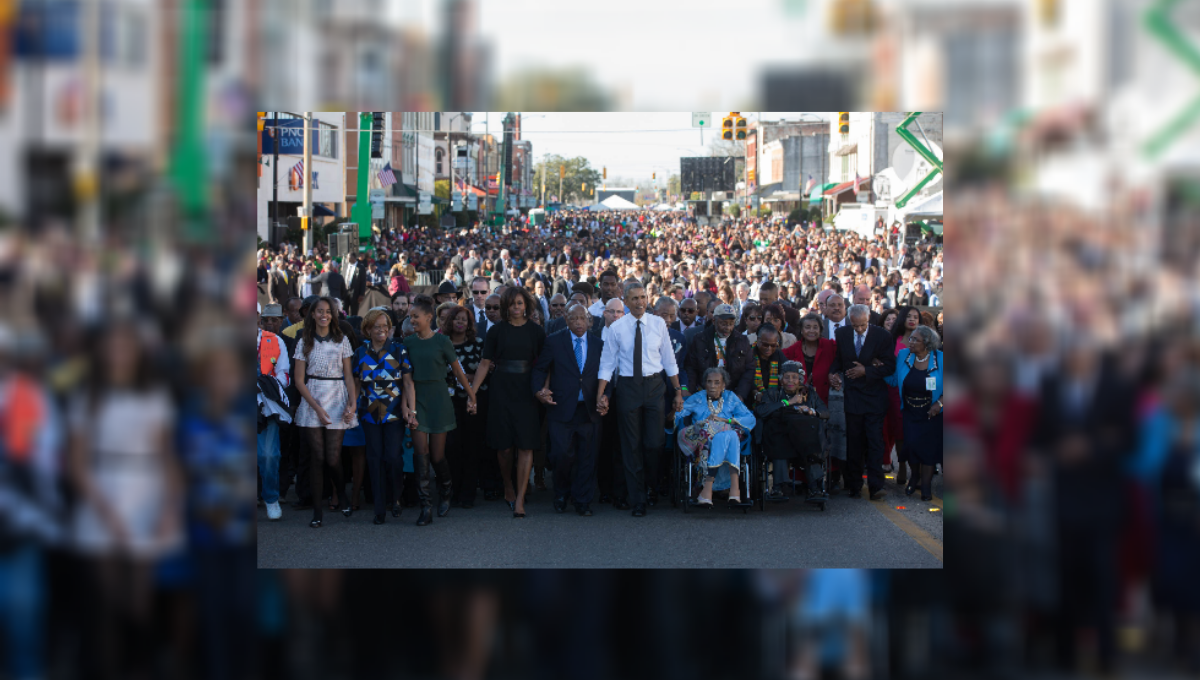 This is a genuine photograph, but it was not taken during the protests against racial injustice and police violence in June 2020.

This photograph actually comes from 2015, when former U.S. President Barack Obama and first lady Michelle Obama joined thousands of Americans to mark the 50th anniversary of the civil rights march from Selma to Montgomery, Alabama.

The photograph was taken by Lawrence Jackson and is available on the archived White House website with the following caption:

Here's a video of Obama's speech from this event: