After thawing, the two worms apparently began to move and eat. 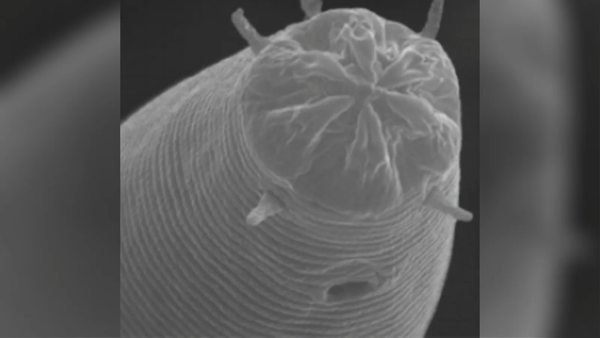 Claim:
In 2018, Russian scientists defrosted two species of prehistoric worms that were frozen in Arctic permafrost for 32,000 and 41,700 years, respectively. After thawing, two worms "woke up" and began to move and eat.
Rating:

When a team of Russian researchers “resurrected” 42,000-year-old worms previously buried nearly 100 feet in the Arctic permafrost in 2018, the internet went wild with claims that the nematodes themselves had been brought back to life, moved, and even ate.

The research resurfaced again in 2020 in a Reddit post that was shared to Twitter, again claiming that “after thawing, two worms began to move and eat.”

And a dive through the research revealed that this claim is true.

When the study was initially published on July 16, 2018, many news outlets reported that the specimens collected from the Russian permafrost had been resurrected after having been grown in petri dishes and fed bacteria.

“Spoon-fed E. coli until they reproduced, you might say,” said study co-author Tullis Onstott, a professor of geosciences at Princeton University who participated in the 2018 research.

Along the Kolyma River in central Russia lies tens of thousands of years worth of permafrost, a thick subsurface layer of soil that is consistently frozen — and the deeper one digs, the older that soil is. Scientists in Russia dug nearly 100 feet below the ground layer and collected a buried ground squirrel burrow in 2002 that contained two specimens of roundworms, or nematodes. Samples taken from this site were carefully stored and transferred to a laboratory where they were stored at -4 degrees Fahrenheit.

Contained within this now-above-ground sample were two nematodes that had been preserved through a process known as cryptobiosis. When water surrounding an organism freezes, those that exhibit cryptobiosis can reduce their metabolic rate and energy expenditure to a point where activity is unmeasurable, or to a reversible "standstill." Cryptobiosis is an environmental adaptation for organisms like tardigrades, brine shrimp, yeast and a majority of plant seeds to withstand very low temperatures and survive extreme conditions. Morphological and DNA analyses determined that the two nematodes found were females, one of the species Panagrolaimus detritophagus, and the other Plectus parvus — both of which are still around today. Radiocarbon dating determined that the permafrost sample dated back to about 40,000 years ago during an era known as the Pleistocene.

And yes, it's true that these two worms were “brought back to life.” This was done by placing the permafrost in petri dishes and cultivating it for several weeks while feeding the duo a diet of bacteria.

“Thus, our data demonstrate the ability of multicellular organisms to survive long-term (tens of thousands of years) cryobiosis under the conditions of natural cryoconservation,” wrote the study authors in the scientific journal Doklady Biological Sciences. “It is obvious that this ability suggests that the Pleistocene nematodes have some adaptive mechanisms that may be of scientific and practical importance for the related fields of science, such as cryomedicine, cryobiology, and astrobiology.”

At the time of its publication, the study was the first data to show that multicellular organisms can be isolated from Arctic permafrost deposits and, in essence, "brought to life."