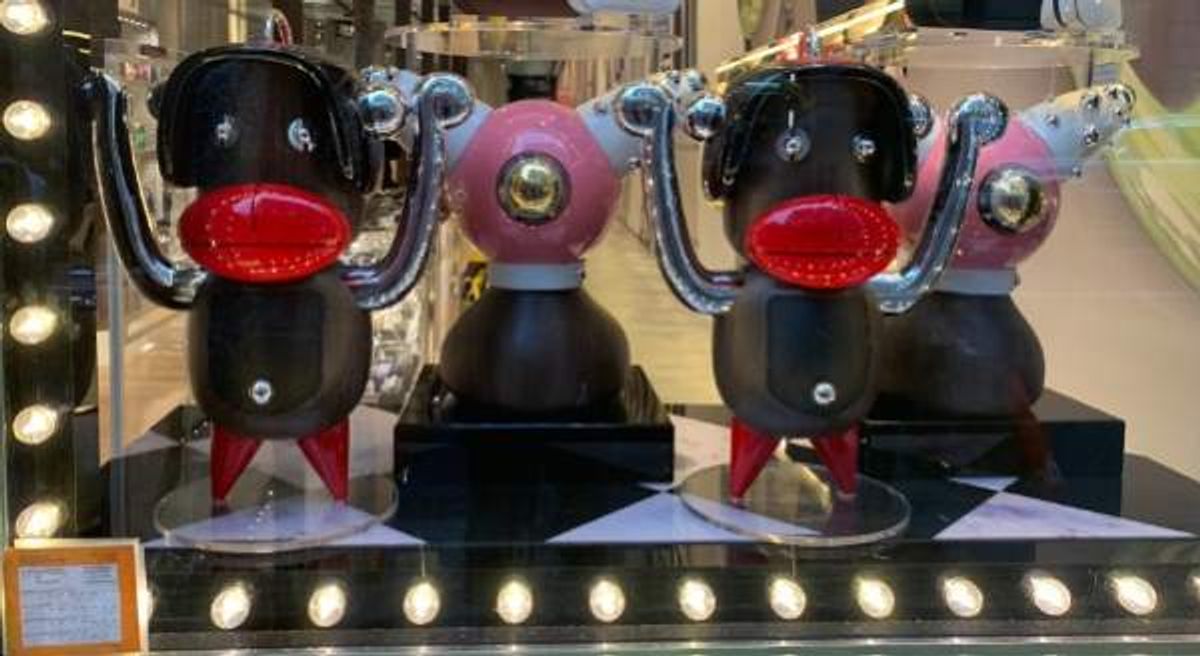 Claim:
Prada removed a display from their store in the Soho neighborhood of New York City after a complaint regarding monkey-like figurines spread widely online.
Rating:

The Italian fashion company Prada removed a display from its Soho store in New York City in December 2018 after a civil rights attorney's critical Facebook post was shared more than 5,000 times.

The "Sambo" character, characterized by exaggerated physical characteristics, has long been considered as a racist representation of Black Americans, as Wesleyan University professor of English and Afro-American Studies Robert O'Meally wrote in the New York Times in January 1987:

Until the civil rights movement helped to virtually obliterate Sambo, he was white America's favorite popular image of blacks -- a stupid, winning figure, drawling, wide-grinning, eager to serve, ever ready with a song and a step, nothing if not droll. Throughout American history many whites (and even some blacks), including scientists and social scientists, have made the mistake of taking this figment of the white imagination, this Sambo, as the real, true-to-life Negro.

On their website, Prada described the Sambo-like Pradamalia line of characters featured in their display as a "new family of mysterious creatures":

Inside the imaginary futuristic Prada Labs, a team of researchers set out to study Prada DNA that has proven to be so extraordinarily generative for over a century. The result of these experiments is Pradamalia, a new family of mysterious tiny creatures that are one part biological, one part technological, all parts Prada.

Having escaped the labs, the Pradamalia have arrived in Prada stores and at prada.com in time for the holidays.

The seven new creatures – Disco, Socks, Fiddle, Otto, Toto, Scuba, and Spot – each exhibit supernatural powers and a few glaring quirks. Raised in isolation within the austere confines of Prada Labs, each has a triangular Prada heart and a checkerboard patterned brain. Other Prada codes featured prominently in the Pradamalia morphology include metal studs, ombre tones, polished wood, printed lips, and the iconic Saffiano leather.

Prada removed the display from the Soho store following the spread of Ezie's Facebook post, saying in a statement afterwards that:

Prada Group abhors racist imagery. The Pradamalia are fantasy charms composed of elements of the Prada oeuvre. They are imaginary creatures not intended to have any reference to the real world and certainly not blackface. We abhor all forms of racism and racist imagery. We will withdraw all of the characters in question from display and circulation.

As of this publication, the Pradamalia section of Prada's website was still active, although the "monkey" items were not immediately visible.

Ezie criticized the company's response in a statement, saying that "This company is completely tone deaf when it comes to race and I don't think people should be shopping there anymore." She also called for a full boycott against Prada and for the company to demand that any profits resulting from Pradamalia sales to be donated "to organizations that work to combat racism."