Did Planned Parenthood Harvest the Brain from a Living, Late-Term Fetus?

A tweet by a high-profile Fox News personality breathed new life into an old controversy. 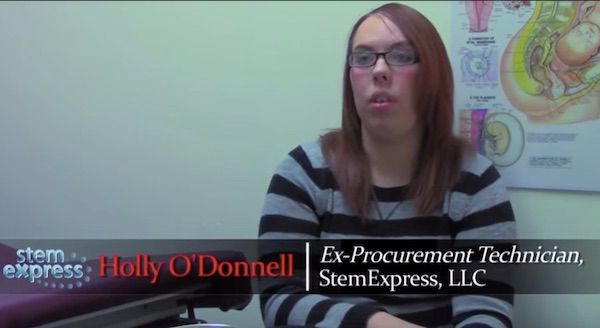 According to unedited Center for Medical Progress video reviewed by the Los Angeles Times, the heart of an aborted fetus was briefly restarted before its brain was harvested.

A portion edited out of the video stated that the fetus was dead at the time the organ was removed.

On 11 February 2019, Fox News personality Laura Ingraham posted a tweet referencing a discredited news item from 2015 that was the center of a media and political storm over abortion and women's health care provider Planned Parenthood:

Ingraham's tweet quoted the headline of, and linked to, a 19 August 2015 story published by the Washington Times newspaper about a controversy over heavily-edited "sting" videos targeting Planned Parenthood that were produced by the pro-life organization Center for Medical Progress (CMP). The videos suggested that Planned Parenthood was trafficking in the tissue and organs of aborted fetuses to the extent of keeping a late-term aborted fetus alive so its brain could be harvested, as reported in the Washington Times:

In an undercover video, a former technician for a tissue-harvesting company details how an aborted baby was kept alive so that its heart could be harvested at a California Planned Parenthood facility, raising more legal questions about the group’s practices.

Holly O’Donnell, a former blood and tissue procurement technician for the biotech startup StemExpress, also said she was asked to harvest an intact brain from the late-term, male fetus whose heart was still beating after the abortion.

A StemExpress supervisor “gave me the scissors and told me that I had to cut down the middle of the face. And I can’t even describe what that feels like,” said Ms. O’Donnell, who has been featured in earlier videos by the Center for Medical Progress, a pro-life group that previously had released six undercover clips involving Planned Parenthood personnel and practices.

Our efforts to obtain an unedited version of the CMP video in question were unsuccessful due to legal issues. But in 2016, reporters for the Los Angeles Times, in conjunction with the Investigative Reporting Program at UC Berkeley, were able to review the videos when they became part of an ensuing court case. (The videos are currently enjoined in an ongoing federal lawsuit.)

What the Times found overall was that O'Donnell's accounting of her experiences with Planned Parenthood as presented in a video was less than accurate and embellished for dramatic effect. This is how the Times described the unedited version of her story about procuring a brain from a purportedly living, late-term aborted fetus:

[CMP founder David] Daleiden billed an edited version of O’Donnell’s interviews as the “harrowing story of harvesting an intact brain from a late-term male fetus whose heart was still beating.”

Outtakes show he edited out her statement that the fetus was dead before the brain tissue was removed -- but included her saying that the heart was briefly restarted by being tapped.

Daleiden had her describe the case repeatedly. It was then that she said: “I don’t want to tell that story again. Please don’t make me again, David.”

Daleiden replied: “That was very powerful. I think that’s going to change the world.”

The Times report detailed how Daleiden, who could be heard off-camera, coached O'Donnell to maximize the impact of her stories:

Unreleased footage shows that over the source of successive takes, Daleiden asked O’Donnell to repeat anecdotes or add details such as the gender of an aborted fetus and whether she “said goodbye” to a dissected fetal cadaver before placing it in a bio-hazard container.

“So you want to make it really dramatic?” she asked.

At one point, she laughed and said to Daleiden: “You’re all like, ‘Say it like this! Let me possess your body and I’ll say it for you.’”

According to CMP, O'Donnell passed away in late 2018 after battling "severe medical challenges." She was 27.

The videos resulted in yet another raging American culture war over abortion, but also resulted in a bevy of legal problems for CMP, including lawsuits brought by Planned Parenthood and the National Abortion Federation and criminal charges for using fake IDs and secretly filming people without their consent in the course of producing the videos.