The Multnomah County sheriff tweeted his own fact check of this claim during the September 2020 presidential debate. 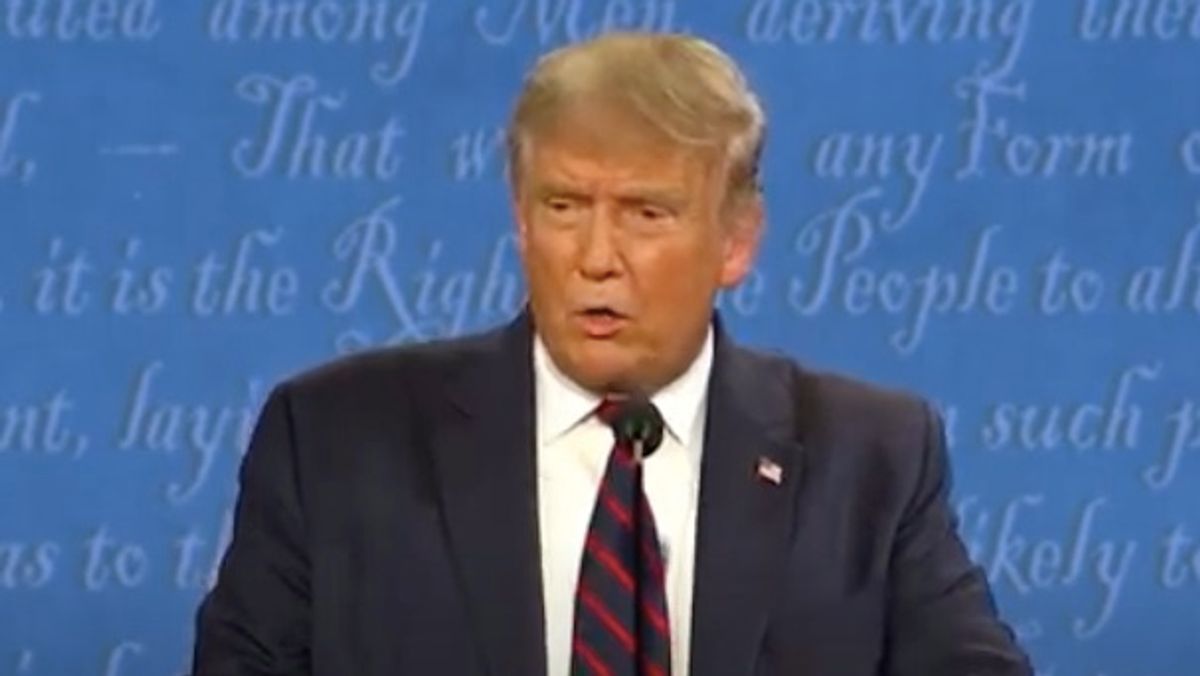 During the presidential debate on Sept. 29, 2020, while challenging his Democratic political opponent, Joe Biden, on law enforcement issues, U.S. President Donald Trump falsely claimed that the "sheriff of Portland" had endorsed him.

Trump also boasted that "almost every law enforcement group in the United States" had endorsed him.

The comment about the "Portland sheriff" was not true. Portland, the largest city population-wise in Oregon, has been the location of sustained racial justice protests sparked by the killing of George Floyd, a Black man who died in Minneapolis police custody in May 2020. Some of the Portland protests have been violent, and political battling between the city and state's liberal leadership and Trump has become an election season spectacle.

Pat Garrett, the sheriff of Washington County, which covers part of Portland to the west, also stated he hadn't endorsed Trump and "does not intend on making any national endorsement," per a spokesman for the department.

We asked whether Clackamas County Sheriff Craig Roberts had endorsed any presidential candidate but haven't heard back from a department spokesman yet. However, we found no public comments from Roberts making any such statement, let alone on the day of the debate, as Trump claimed. Clackamas County covers part of Portland on the city's southeast.

We also found no indication that the sheriff of Cumberland County, of which Portland, Maine, is a part, publicly endorsed Trump.

We are rating this claim "False" pending further details about who Trump was referencing.

Both Biden and Trump have touted endorsements from law enforcement. The Fraternal Order of Police, the nation's largest police union, backed Trump, along with other large police unions, while the Biden camp stated it had received the support of 190 law enforcement officials.

Elfrink, Tim.   "‘I Have Never Supported Donald Trump’: Portland-Area Sheriff Hits Back After President Claims His Endorsement in Debate."     The Washington Post.   30 September 2020.