Is This Pope Francis Dancing Merengue? 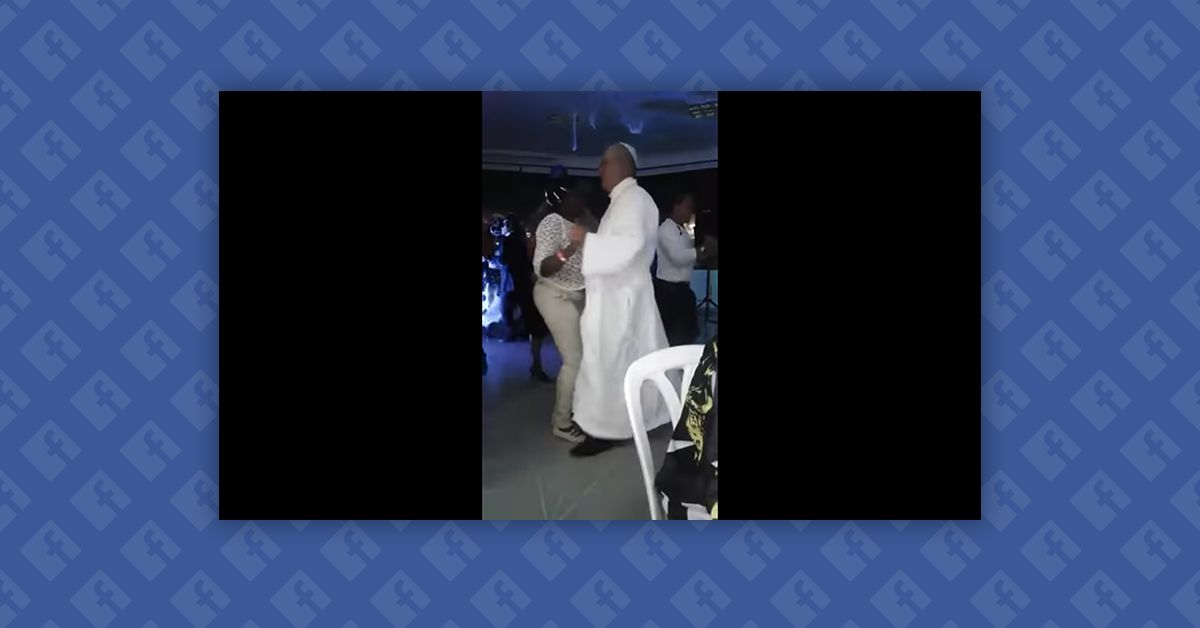 Pope Francis is reportedly a tango fan -- but does the octogenarian Holy Father dance merengue? A video making the rounds on social media has fooled some into thinking that the Pope danced merengue (which some mistook for salsa) on a 2017 visit to Colombia:

This footage shows a man dressed up in a pope costume at a Halloween party. In the video, you can clearly see Halloween decorations (a large spider and cobwebs) on the ceiling and a couple dressed as skeletons on the dance floor: Facebook user Fredy Gonzalez posted the earliest iteration of the video that we could find on 1 November 2017 (the day after Halloween). Gonzalez joked that the video showed "the reality of the Pope's visit" to Colombia, which had occurred a few months before. When some commenters didn't seem to understand the joke, Gonzalez said in Spanish, "Haha don't get bitter that it's fake. The Pope is Argentine -- why would he dance with that Colombian flavor?"

In case it still wasn't clear, he added:

Pope Francis, is that you?

Papa NO GIF from Papano GIFs

Although the quality of this footage deteriorated as it was circulated around the internet, the original footage gives a pretty clear view of the "dancing pope," who appears to be much younger and taller than Pope Francis.

The Pope's actual visit was well-documented, and no genuine news sources made mention of the Holy Father attending a Halloween party to do the merengue.