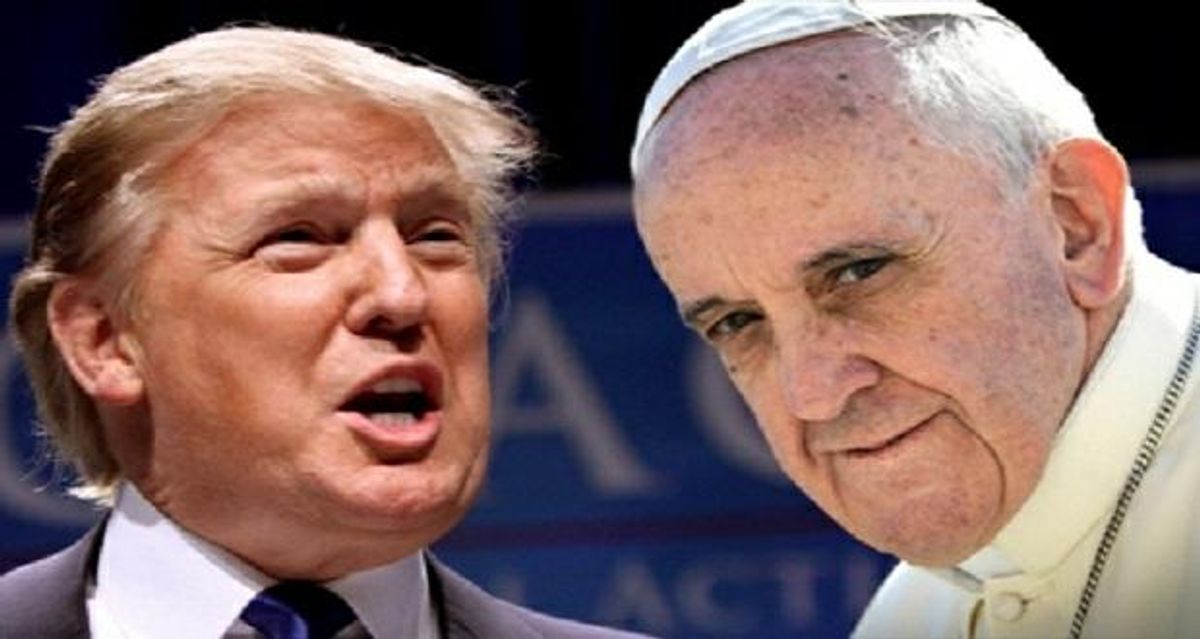 In July 2016, a the web site WTOE 5 News  reported that Pope Francis had broken with tradition and unequivocally endorsed Donald Trump for President of the United State

News outlets around the world are reporting on the news that Pope Francis has made the unprecedented decision to endorse a US presidential candidate. His statement in support of Donald Trump was released from the Vatican this evening:

“I have been hesitant to offer any kind of support for either candidate in the US presidential election but I now feel that to not voice my concern would be a dereliction of my duty as the Holy See.

There was no truth to this story, however. Although WTOE 5 News proclaimed that "news outlets around the world" were reporting on the Pope's unprecedented endorsement, no reputable news publications confirmed it, because WTOE 5 News  is one of many fake news sites that masquerade as local television news outlets and do not publish factual stories:

WTOE 5 News is a fantasy news website.  Most articles on wtoe5news.com are satire or pure fantasy.

This is at least the second time a "satire" news article claimed that Pope Francis had offered an endorsement of a candidate during the 2016 presidential election. In October 2015, another fake news web site reported that the Pope had endorsed Democratic contender Bernie Sanders.  That story was also a hoax.