Can You Pop Popcorn with a Pickle and a AA Battery?

We prefer using a microwave oven and saving the pickles to make Dill Popcorn. 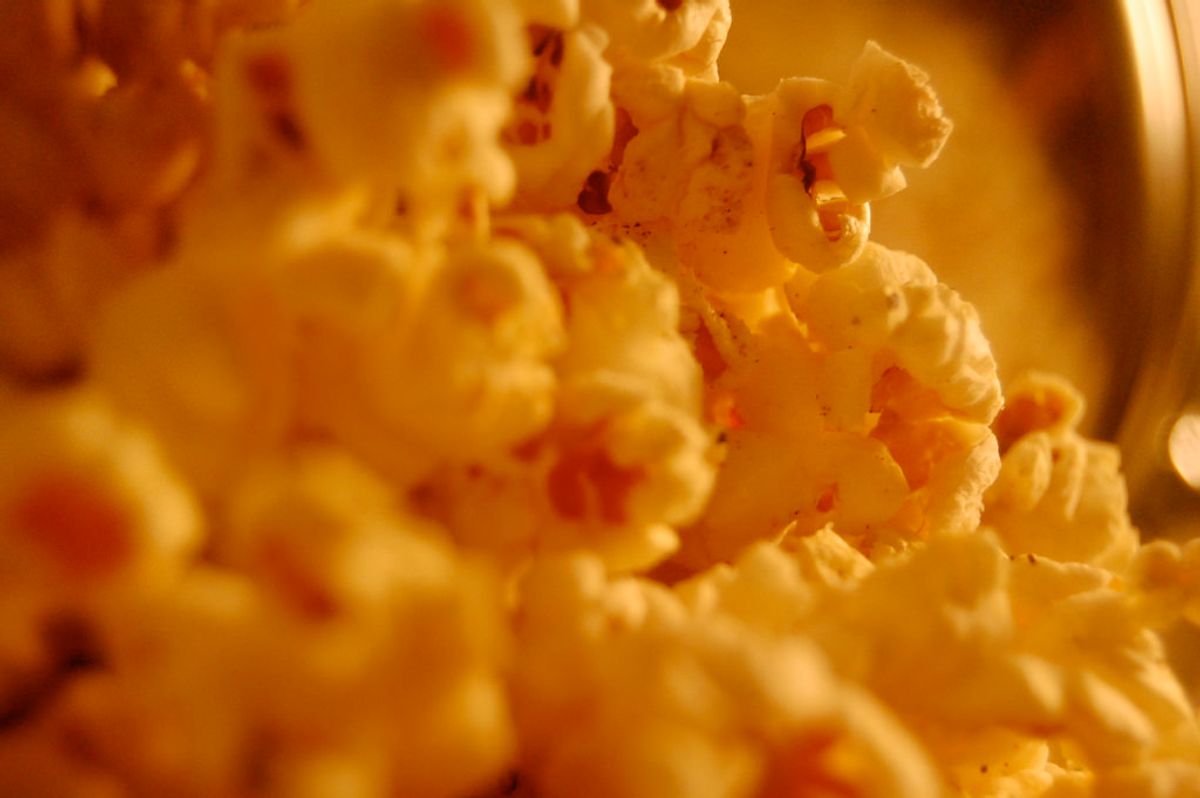 Claim:
A video shows popcorn being popped via the use of a pickle, a AA battery, and an iPhone charger cord.
Rating:

In July 2019 the LADbible website posted a Rube Goldberg-like method for popping popcorn using some salt, a AA battery, a pickle, and an iPhone charger cord:

Man Makes Popcorn with a Pickle and Some Salt

In terms of the science behind this, all we can do is to point out the obvious negative: a single AA battery cannot produce enough heat to cause the water within a whole bag of popcorn kernels to turn into steam and build up sufficient pressure to rupture their hulls. Even with an assist from a helpful pickle and a modern iPhone cord, it just isn't happening.

Moreover, popcorn kernels explode open with visible force as they exude steam, which creates the popping, jumping motion phenomenon for which they are named, as seen below:

The popping kernels seen in the LADbible video don't exhibit this behavior, as they seemingly open with no force behind them. The visual suggests that this video employed a bowl containing some already-popped kernels concealed under unpopped ones, with the shaking of the bowl bringing the former to the surface. The scene was overlaid with audio of "popping" sounds to enhance the illusion.