Is it real? Yes. Is it creepy? Also yes. 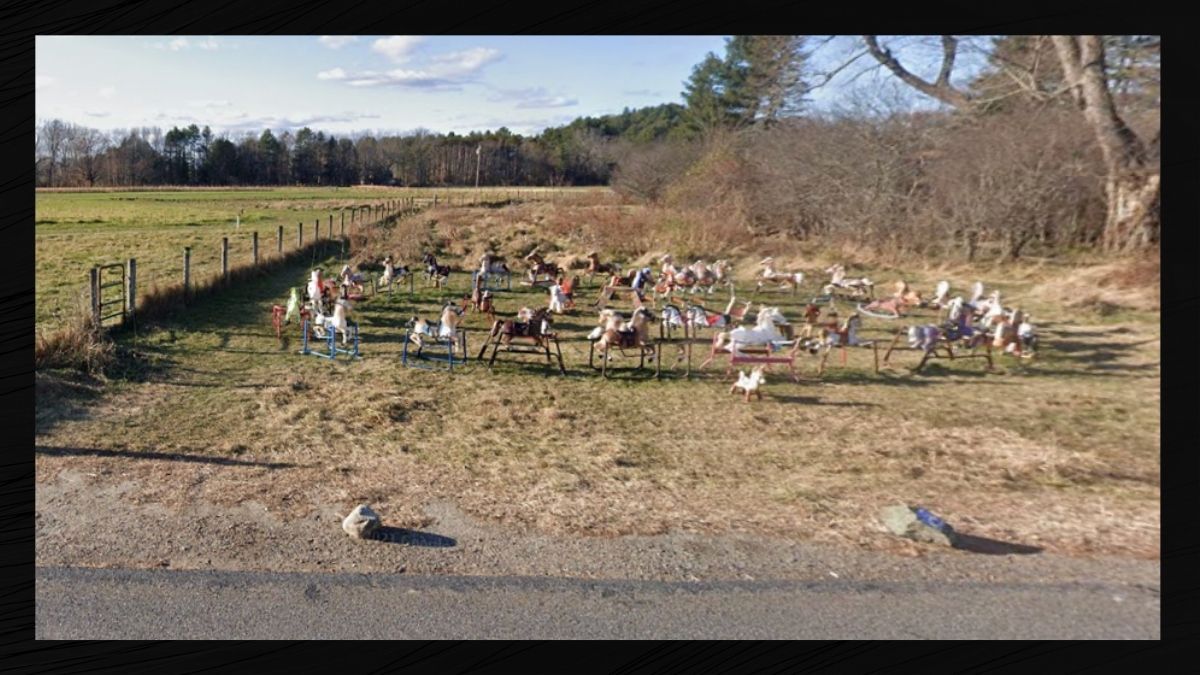 Claim:
A mysterious collection of hobby horses, dubbed "Ponyhenge," has grown into a herd in Lincoln, Massachusetts.
Rating:

For years, headlines have been popping up in various news outlets talking about a bizarre attraction (if it can be described as an attraction): a herd of strategically placed rocking horses that rest in a circular form, akin to England's famous Stonehenge.

Perhaps because of that resemblance, the strange toy horse graveyard has been dubbed "Ponyhenge." It's real, and is located along Old Sudbury Road in Lincoln, Massachusetts.

And like Stonehenge, the origins of Ponyhenge are somewhat of a mystery.

The travel website Atlas Obscura reported that it's not clear how the hobby horses in the strange display got there, and nevertheless it continues to grow with time. The horses are even sometimes rearranged, without explanation:

The plastic and metal horses started arriving anonymously sometime in 2010, with the placement of a lone hobby horse along picturesque Old Sudbury Road, about 15 miles west of Boston. How and why the rusty little fellow appeared is a mystery, even to Lincolnites who’ve been around a while. One story has the first horse hanging around after a kid’s short-lived lemonade stand, another that he was left over from a Christmas display.

Whatever the real story might be, after the first one appeared things started to get strange. More horses—hobby horses, rocking horses, and horse figurines—began appearing at the site. They are periodically rearranged, sometimes in a circle, sometimes in rows like race horses. Other times they are simply scattered and knocked around, as if they’ve come back from a long night of carousing.

Ponyhenge is marked as such on Google Maps, where you can see what it looks like, or at least what it looked like at the point in time when Google's photographer caught it.

Atlas Obscura reported that the display first popped up around 2010. It's about 15 miles west of Boston, and although it's on private property, open to the public.