Is the 'Poltergeist' Curse Real?

Superstitious legend holds that a number of strange deaths are connected to a 'curse' on the 'Poltergeist' film series. 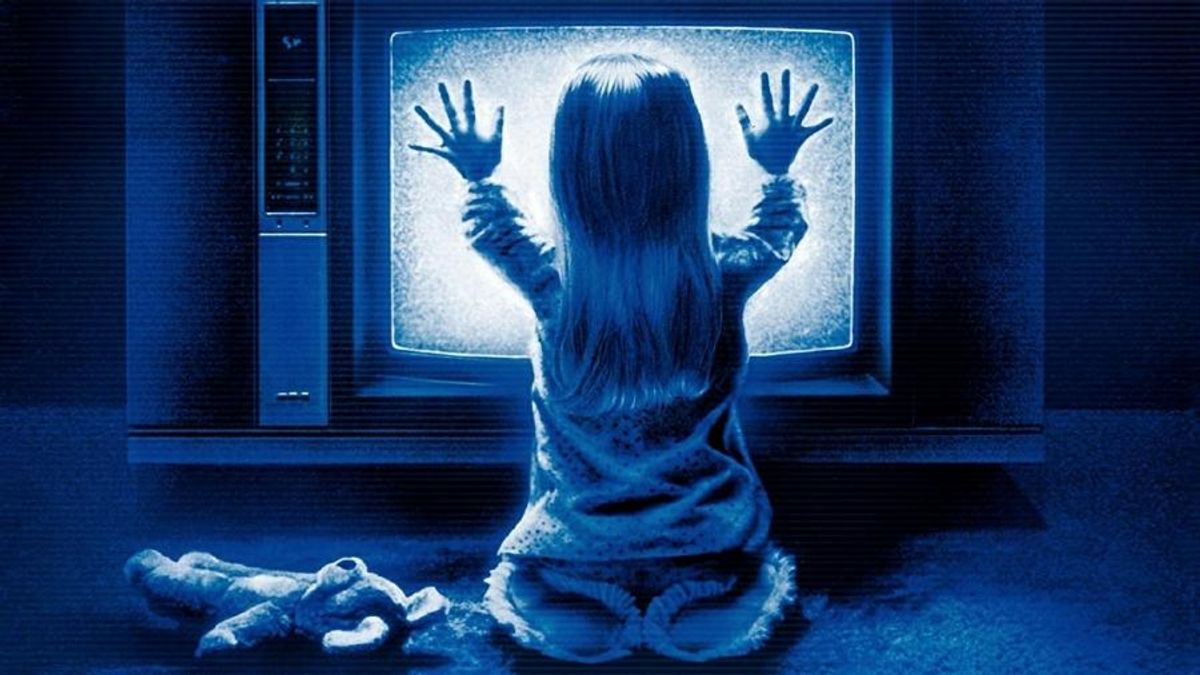 Claim:
The Poltergeist film series is "cursed" and has seen several strange deaths occur among its cast members.
Rating:

What is seen as an unusually large number of deaths have occurred among the former cast of the Poltergeist trilogy. This occurrence has given rise to the rumor the productions were in some way "cursed" due to the nature of the films themselves, as if the evil spirits conjured in the make-believe world of the cinema have since reached out into the real world to claim what they might see as their rightful victims.

A poltergeist in folklore is a noisy and destructive (but usually mischievous, not malicious) ghost held to be responsible for unexplained noises and movement of objects within a home. It is hypothesized poltergeists are drawn to homes in which there are prepubescent children, especially girls. Three horror films based on this form of lore comprise the Poltergeist trilogy:

Poltergeist (1982), (1986), and (1988). Each recounts an episode in the lives of the Freelings, a fictitious family who have the bad luck to take up residence in homes inhabited by spirits intent upon kidnapping their children or sending their kids to live in similar places.

Though coincidence is a much more likely explanation than a curse, there have been four deaths among the cast of this set of films: Dominique Dunne (Dana Freeling), Heather O'Rourke (Carol Ann Freeling), Will Sampson (Taylor, a good spirit), and Julian Beck (Kane, an evil spirit). Though two of the deaths were foreseeable (expected, even), two others were not. It's the combination of the two unexpected deaths that lies at the heart of every rumor about a Poltergeist curse.

Dominique Dunne, the 22-year-old actress who portrayed big sister Dana Freeling in the first Poltergeist film (released in June 1982), died on 1982 at Cedars-Sinai Medical Center in , four days after her boyfriend choked her into a coma from which she never awoke. Weeks earlier, Dunne had ended her abusive relationship with chef John Sweeney, but on the night of 1982, he dropped by their former shared residence to plead with her to take him back. The conversation did not go as he'd hoped, and the encounter ended with him strangling her for what was later determined to be then leaving her for dead in her driveway. Sweeney was convicted of voluntary manslaughter, sentenced in and released in 1986 after serving only of a sentence. His short sentence and early release remain subjects of controversy.

Heather O'Rourke, the child actress who played Carol Anne Freeling throughout the Poltergeist series (starting when she was six years old), unexpectedly passed away at the age of 12 when she died of septic shock on 1988 at the Children's Hospital in What had been thought to be a bout of ordinary flu launched her into cardiac arrest during the drive to the local hospital as bacterial toxins set loose by a bowel obstruction made their way into her bloodstream. Her heart was successfully restarted and she was flown by helicopter to the much-larger Children's Hospital, where she underwent an operation to remove the obstruction. The toxins rampaging through her system proved too much, however, and she died on the operating table. The circumstances surrounding her passing rendered her death even more of a shock than it otherwise would have been, as she went overnight from a little girl who had the flu to a dead little girl who expired during a desperate operation to save her life. It's hard enough to accept that a child can die of an illness, let alone a healthy-looking youngster no one knew anything was wrong with. (That she looked healthy did not necessarily mean that she was. The year before her death she'd been diagnosed as having Crohn's Disease, a lifelong inflammatory small bowel disease which often first manifests in children and young adults.) Of course such an unexpected death would fuel rumors, especially when considered in conjunction with Dominique Dunne's murder only six years earlier.

O'Rourke had appeared in all three Poltergeist movies. had yet to be released at the time of her death, leading to rumors that she had expired during shooting and a double was used to complete the picture in her place. O'Rourke's family and agent said at the time of her death her scenes for had been completed several months earlier (back in June 1987), but writer/director Gary Sherman has maintained filming of had not yet finished when O'Rourke died, necessitating script changes to complete the film in her absence.

The other two deaths connected with Poltergeist were of seasoned actors well into their careers, both suffering from serious illnesses that would in time take their lives. Because their deaths were not unexpected, only rarely is either mentioned in connection with the Poltergeist "curse."

Julian Beck, the 60-year-old actor who played the evil spirit Kane in 1986's Poltergeist II: The Other Side, died of stomach cancer on 1985 at Mount Sinai Hospital in seven months before the film's release. Unlike O'Rourke's death, his was not unexpected, as he had been battling cancer for Will Sampson, the 53-year-old Native American actor who portrayed the good spirit Taylor in died in a Houston hospital on 1987, about a year after the film's release. Sampson had received a heart-lung transplant six weeks earlier, and the cause of his death was ascribed to severe pre-operative malnutrition and post-operative kidney failure and fungal infection. It has been said he knew his chances for survival were small due to his weakened condition prior to surgery. Like Beck, Sampson appeared in only one film in the series, released in May 1986. He was best known for his portrayal of the Native American psychiatric patient who feigned muteness in One Flew Over the Cuckoo's Nest.

Zelda Rubinstein, the diminutive actress who filled the part of seer Tangina Barrons in all three Poltergeist films and reprised the role in the spin-off TV series Poltergeist: The Legacy, died in 2010. She passed away of natural causes at the age of 76, however, hardly the type of death one associates with a "curse" that supposedly causes unexpected and premature demises. Although he was not a cast member, English film director Brian Gibson, who helmed died of Ewing's sarcoma at the age of 59 in 2004.

In a popular form of the rumor, one of the child actors is said to have come to an untimely end after the making of each film, one murdered, one in a car accident, and one of a mysterious disease. Though it's true actresses Dominique Dunne and Heather O'Rourke have since died, Oliver Robins, the child actor who played their characters' brother Robbie Freeling in the first two films, is still with us. No child actor from the Poltergeist series was killed in a car crash or died just after was completed.

An extreme version of the "curse" rumor asserts everyone who appeared in these movies is now dead. That news must come as quite a shock to numerous thespians, most notably Nelson (Steve Freeling), Jo Beth Williams (Diane Freeling), and Tom Skerritt (Bruce Gardner), all of whom think they're still alive and continue to ply their trade in movies and television shows despite their deceasedness.

The February 2015 release of trailers for the upcoming a Poltergeist reboot/remake (with different cast members) prompted renewed interest in the original trilogy's supposed "curse."