Are Police in Sweden No Longer Investigating Rapes Since Migrants Arrived? 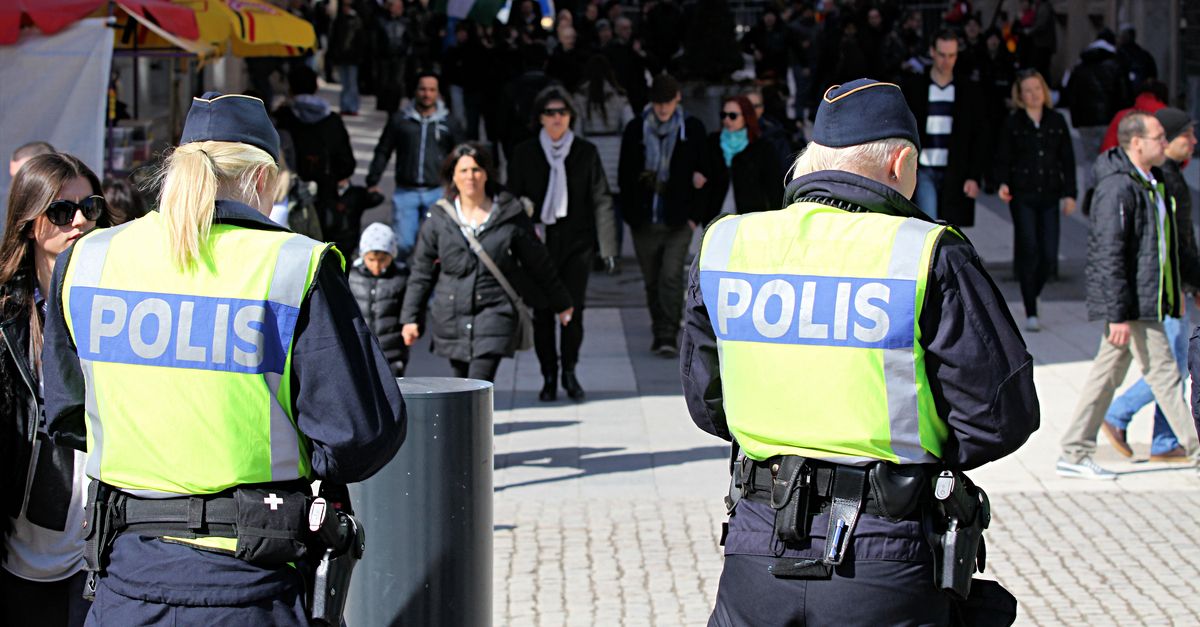 Claim:
Police in Sweden admitted they are "no longer" investigating rape since migrant arrivals.
Rating:

A series of complicated and serious criminal investigations and in the country's southern regions, along with an overall staffing shortage, have taxed Sweden's law enforcement resources.

Police have not stopped investigating rape cases, and migrants who famously arrived seeking asylum beginning in 2015 have not created a pattern of committing rape or any other violent crimes.

In March 2017, British Brexit supporter and former UK Independence Party (UKIP) leader Nigel Farage was investigated by the United Kingdom's broadcasting standards authority Ofcom for a grossly-misleading comment he made on his radio show which quickly went viral: Farage claimed, falsely, that the Swedish city of Malmö was Europe's "rape capital", thanks to the country's welcoming a large number of asylum seekers in 2015.

The claim made by Farage on 20 February 2017 was roundly criticized and debunked. But on 14 September 2017, Farage doubled down, this time citing conspiracy web site InfoWars to again push the narrative that Sweden is so overwhelmed with rape cases committed by migrants that the police have given up on investigating them:

Police in Sweden admit they no longer investigate rape as they're overwhelmed with other crimes. This is an outrage. https://t.co/yEQbQxUyyx

We investigated the claim by Farage that police in Sweden are "no longer" investigating rape cases and the claim made by InfoWars that the 2015 migrant crisis caused the rate of sexual assaults in Sweden to double.

CLAIM: Sexual assault in Sweden has doubled because of newly-arrived asylum seekers.

False. InfoWars, which is run by infamous conspiracy theorist Alex Jones, pushes stories not for their accuracy but for their ability to go viral by riling up readers with outlandish narratives about big-government, Illuminati, or Jewish power grabs. InfoWars also traffics heavily in fearmongering about asylum seekers, refugees and immigrants.

The InfoWars article cited by Farage was written by editor-at-large and YouTube ranter Paul Joseph Watson, and bears the headline "Swedish Police 'cannot cope' with huge numbers of rapes since migrants arrived".

Rapes have skyrocketed in Sweden over recent years. Authorities have claimed that this is due to the definition of rape being changed, but the spike occurred long after the change was made. Sex crimes in the country have doubled since 2012. The most recently available statistics showed that immigrants were 5.5 times more likely to carry out sexual assaults.

InfoWar's main source for the story is Joakim Lamotte, a Swedish vlogger who filmed himself purportedly talking to a police investigator in Stenungsund, a city north of Gothenburg. (We reached out to Lamotte with questions about this exchange and got no response.) In his video, which he posted to his official Facebook page, Lamotte asks the investigator why police haven't yet apprehended the boy suspected of raping a 12-year-old girl in Stenungsund, even though the crime happened in July 2017. The investigator tells him police do not have have enough staffing to cope with the crime because of other serious cases that have been given priority.

Neither Lamotte nor the investigator make mention of migrants, immigrants, refugees, or even expats, and the InfoWars article doesn't provide any evidence to support the leap from a police backlog to migrants. In fact, the article negates its own premise. Watson reports, "Sex crimes in the country have doubled since 2012" — but the influx of 163,000 migrants seeking asylum in Sweden didn't even begin until late summer 2015. And although it's true that reported sexual assaults doubled from 2012 to 2015, crime researchers have attributed the increase to the broadening of laws in Sweden in terms of what is considered rape. According to a study by Sweden's National Council Council for Crime Prevention:

The number of reported rape offences has increased over the last ten years (2006-2015). The increase can be partially explained by the entry into force of new sex offence legislation on 1 April 2005. This legislation entails, among other things, that certain acts which were previously classified as sexual exploitation are now classified as rape. The effect of the statutory change appeared in the statistics such that the number of reported offences in respect of sexual coercion and exploitation declined in the years immediately following the statutory change while the number of reported rapes increased. As from 1 July 2013, the sex offence legislation was again made tougher; among other things rape was expanded to include cases where the victim reacts passively.

CLAIM: Police are "no longer" investigating rape cases because they're overwhelmed with serious crime.

Mostly false. The video created by Lamotte on 31 August 2017 went viral, resulting in news media coverage of rape cases that were being handled slowly by police. For example Radio Sweden reported:

One of the cases cited by SVT [Swedish Television] concerns a 12-year-old girl in Stenungsund who had been raped by an older man. Even though the police had the name of the suspect, the case was held on file for six weeks without action.

Another involves ten men suspected of a gang rape in Botkyrka south of Stockholm which happened last August but serious investigations only began this summer due to a lack of resources.

There is a lack of rape investigators in all of the Swedish police regions. We need more of them, but it´s far from the easiest thing to become one. They´re very well educated in special skills and often very experienced in other types of investigations. We´re working hard to get more investigators to acquire the right skills and knowledge to be able to handle rape cases.

Norling also told us that there was an increase in reported rapes in 2016 compared to 2015, but added it was unclear whether this was due to an actual increase in rape or increased reporting of the crimes. He added that rape in Sweden is defined more broadly than in many other countries (for example, under U.S. federal law, rape includes penetration, whereas in Sweden it does not). But most importantly, Norling says bluntly:

We don't see any connection between the increase in rape reports and the influx of refugees.

He also said it's false to say police are "no longer" investigating rape — in the southern police region, investigators currently have 317 open rape cases, and in 250 of those cases, they have identified a suspect.

Norling told us that there's no overall increase in violent crime in Sweden, but the nature of recent crimes have been uniquely challenging for investigators:

There's not an increase in violent crimes, but the cases we're handling right now in the southern region, and especially in Malmö, are however more complex than before. The victims tend to be involved in criminal activities and this usually means that they're not interested in talking to our investigators. This makes the cases hard to investigate and often leads to a bigger need of qualified investigators. That of course has the effect that investigation of other types of crime has to wait. Examples of the type of crime investigations that we can't give the same attention to are theft, fraud and burglary, but in some cases also sexual crimes.

This falls in line with what we reported when we traveled to Sweden in March 2017 to investigate claims by Farage and other far-right aspiring media personalities that there is rampant crime, thanks entirely (according to them) to the country's acceptance of a large number of asylum seekers in 2015. We were told by authorities and researchers that while there is not an increase in violent crime in the country, there is a new type of crime akin to street violence seen in impoverished neighborhoods almost anywhere in the world — gang-type crime with associated drug offenses and retaliatory gun violence.

During our visit we interviewed Erik Jansåker, a police chief in Malmö’s southern areas, who explained that there had been a spate of tit-for-tat shootings — although the cohort of migrants who arrived in 2015 are not the ones involved. As we reported in March 2017:

[T]there is no massive new crime wave being perpetrated by newly-arrived refugees in Sweden’s suburbs — instead, crime today is an iteration of gang violence that has been going on in the country since the 1990s, starting with American exports such as the motorcycle gangs Hell’s Angels and Bandidos.

Sitting in a small meeting area in [Malmö-based newspaper] Sydsvenskan‘s newsroom, [long-time crime reporter Joakim] Palmkvist explained that the motorcycle gangs were the “first wave” of gang organization in Sweden. They set the stage for the “second wave,” which to a large extent consisted of the children of people who fled the Balkan war. The current spate in violence in these areas is the result of a power vacuum in the organized crime community and the younger “third wave” — children of immigrants who have lived in Sweden most of their lives — who are now trying to establish themselves.

What sets the so-called third wave apart from earlier waves is its chaotic nature, loose structure, and disconnection from wider society. The bar of what can spark a homicide is also lower than it has ever been; a wrong look or a leer at a girlfriend could lead to a shooting,

Chief Jansåker told us at the time that his investigators were handling 14 homicides — a larger number than usual and that had subsequently overwhelmed them, thus pushing them to seek assistance from other regions. However, the situation in Sweden is not the one presented by Farage and InfoWars. Instead, as Palmkvist, the crime reporter, put it succinctly in an email to us, the bottom line is that "Police fucked up big time in at least one rape case," and, "police say that there generally are too few police officers around."

Farage, he points out, quotes InfoWars, which takes a specific issue and generalizes it to "suddenly claim that 'rapes have skyrocketed' since migrants started arriving." Meanwhile InfoWars, as they are wont to do, sources obviously-slanted anti-Muslim web sites (like MuslimStatistics.WordPress.com) for evidence.

Police in Sweden are short on investigators with the credentials necessary to work serious crime cases, and have thus been forced to prioritize murder and attempted-murder investigations amid a new pattern of gun violence in a community that does not readily cooperate with police. However police have not stopped investigating rape, as Farage claimed, nor is there a new, massive wave of rapes committed by  migrants who arrived in Sweden starting in 2015.

Federal Bureau of Investigation. "Frequently Asked Questions About the Change in the UCR Definition of Rape."   11 December 2014.