Could Polar Bears Be Extinct by 2100?

Polar bears have long been seen as a bellwether for climate change. 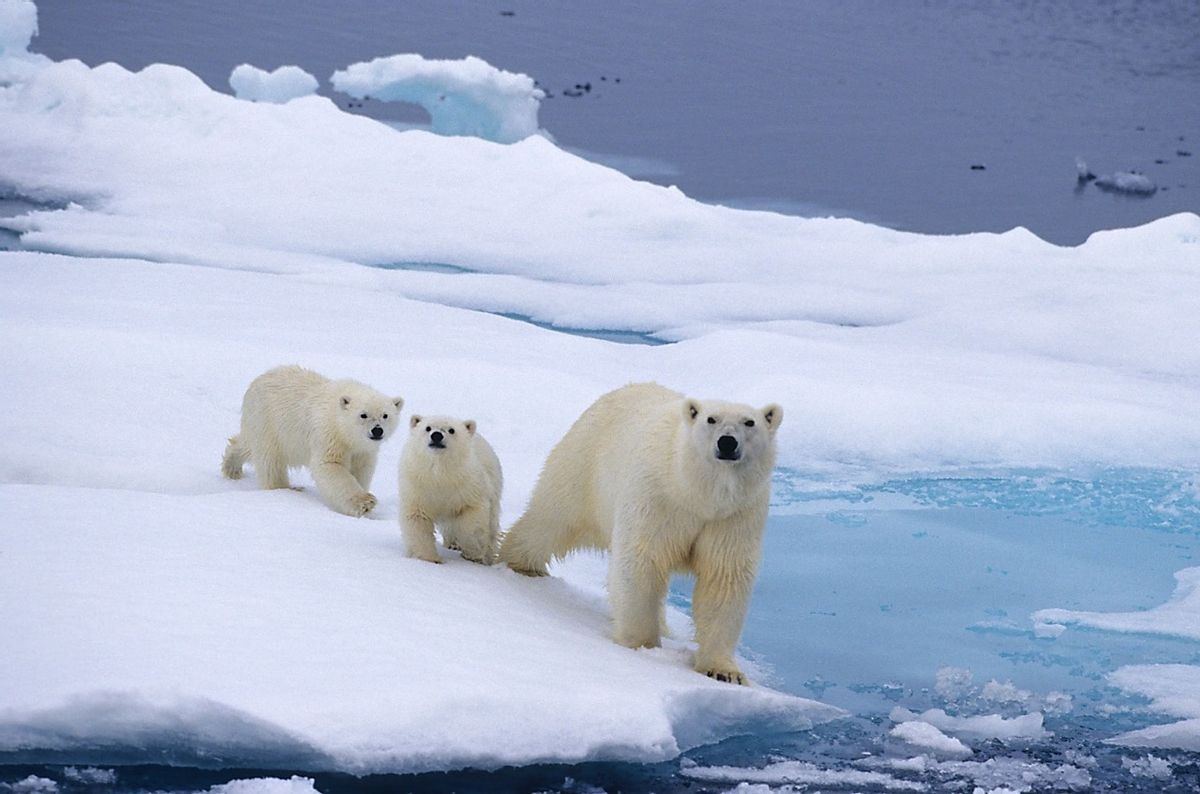 Claim:
Research published in July 2020 suggested polar bears may be wiped out by the end of the 21st century.
Rating:

An analysis of 13 of 19 Arctic polar bear subpopulations, which collectively make up about 80% of the species, determined many of those populations were likely or very likely to experience reproductive failure, a precursor to extinction. Though moderate emissions reductions will likely prolong the survival rates of some, it is likely that at least some of the population will become locally extinct within this century.

The published study did not directly say all polar bears around the globe would be extinct by 2100, however, researchers did note their estimates were conservative and that it's likely many subpopulations would have passed a point of no return in terms of reproduction before 2100.

Climate change caused by greenhouse gas emissions is a threat to the existence of polar bears that, if left unabated, may push many some groups to the brink of local extinction by the end of the century -- and that’s under conservative estimates. More likely, research published in a July 2020 issue of Nature Climate Change suggests that most of the species will be extinct by 2100.

“Previously, we knew that polar bears would ultimately disappear unless we halt greenhouse gas rise. But knowing when they will begin to disappear in different areas is critical for informing management and policy -- and inspiring action,” said study co-author Steven Amstrup, chief scientist of Polar Bears International, in a statement.

“We found that moderate emissions reductions may prolong global persistence, but are not likely to prevent the extirpation of several populations, emphasizing the urgency of more ambitious emissions cuts.”

Amstrup and a team of researchers from Polar Bears International and several North American universities determined for the first time when polar bears are likely to go extinct due to a loss of sea ice, which provides crucial hunting grounds during the summer months, by analyzing 13 of 19 Arctic polar bear subpopulations, which collectively make up about 80% of the species. Other groups were omitted because of their remote locations, making them difficult to study. A framework was developed to determine how different weights of polar bears may make them better or worse equipped to survive longer fasting periods as well as the amount of energy expended during this time -- what they call the “fasting impact threshold” -- and compared this data with the projected future number of days that the Arctic is likely to be sea-ice-free based on observations made between 1979 and 2016.

“By estimating how thin and how fat polar bears can be, and modeling their energy use, we were able to calculate the threshold number of days that polar bears can fast before cub and/or adult survival rates begin to decline,” said Professor Péter Molnár of the University of Toronto, Scarborough. Polar bears depend on sea ice to hunt seal prey, but in recent years declining levels have made it increasingly difficult for bears to feed. Sea ice is frozen ocean water that forms in the fall, grows in the winter, and eventually melts back into the ocean in the summer, according to the National Snow and Ice Data Center. But NOAA notes that observations in recent decades suggest that minimum sea ice -- that is, the lowest level each September -- is declining at a rate of more than 12% each decade since the 1970s. As sea ice declines, polar bears are forced ashore or to less productive waters and more time spent searching for food means that they are spending longer periods of time fasting and using up vital energy reserves built over the winter.

Scientists calculated the “timeliness of risk” to determine how individual polar bear populations might be affected by two different futures based on greenhouse gas projections. If current greenhouse gas emissions continue at their current rate, a scenario colloquially known as business-as-usual, researchers project that all but a few of the polar bear subpopulations will collapse by the end of the century, leaving only those living in the high Arctic. Though moderate emissions will likely prolong the survival rates of some, it is likely that at least some of the population will become locally extinct within this century.

By keeping global temperature rise below 2 degrees Celsius, as was set forth by the Paris Agreement, it is still likely that most of the polar bear population will experience reproductive failure by 2080.

Polar bears have long been seen as a bellwether, highlighting what might happen to some of the planet’s most vulnerable species in the face of climate change. A 2019 assessment conducted by the Polar Bear Specialist Group of the International Union for Conservation of Nature (IUCN) found that sea ice loss resulting from climate change posed the most serious threat to polar bear survivals, but determining how and when the species may go extinct has been a challenge to the scientific community.

Some polar bear subpopulations were further shown to be more impacted by environmental conditions differently. In the southernmost areas, total sea-ice melt forces local bears ashore every summer and they must largely rely on energy reserves from winter hunting for their survival and to produce enough milk for their cubs.

The researchers add that their timeline projections are “probably conservative” and predict that many of the subpopulations will likely pass their threshold earlier. This is due to the high probability that researchers underestimated bears’ metabolic rate and assumed in their calculations that the large animals spend less energy on thermoregulation or growth than they do in reality.

Environmental and physiological differences in bear subpopulations also play a role in how likely they are to pass their threshold sooner. For example, bears that hunt in areas like the Southern Beaufort Sea with fragmented sea-ice are likely to use far more energy than is gained by feeding -- a potential difference of up to four times more energy than bears who hunt in Western Hudson Bay, which the scientists note render their “baseline timelines optimistic.”

The International Union of the Conservation of Nature (IUCN) Red List of Threatened Species lists polar bears as “vulnerable” and estimates that there are between 22,000 and 31,000 individuals left worldwide, up to 80% of which are found in Canada. Though some subpopulations appear to be rebounding, in part due to measures placed on historical hunting, at least four groups are experiencing population decreases.