A mass shooting by a man who reputedly said he 'wanted all Jews to die' led some to place additional layers of tragedy onto the calamity. 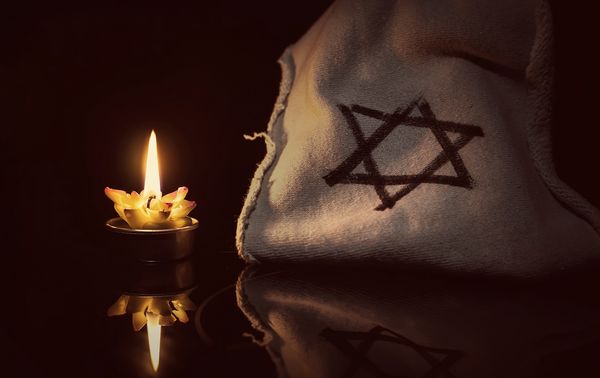 Claim:
A 97-year-old victim of an October 2018 synagogue shooting in Pittsburgh was a Holocaust survivor.
Rating:

On the morning of 27 October 2018, a gunman killed 11 worshippers at the Tree of Life synagogue in Pittsburgh, Pennsylvania, the deadliest attack ever on Jews in the United States. Police took a 46-year-old man named Robert Bowers into custody in connection with the massacre, whom law enforcement officials said had targeted Jews online and made anti-Semitic comments during the shooting.

News outlets ran profiles of the victims of the mass shooting, one of whom was a 97-year-old woman named Rose Mallinger, who was said to have attended the synagogue 'almost without fail' for decades':

When Chuck Diamond, a former rabbi at Tree of Life, heard that a gunman had opened fire inside the synagogue, Rose Mallinger was among the first he worried about.

The petite 97-year-old he regularly saw walking in the neighborhood or grocery shopping had attended service for decades, almost without fail, and was always among the first to walk in.

“She was a synagogue-goer, and not everybody is. She’s gone to the synagogue for a lifetime, no matter how many people are there,” Diamond said.

Shortly afterwards, some news accounts and commenters on the tragedy began adding a note of irony to the sorrow by asserting that Rose Mallinger was a Holocaust survivor. For example, one popular social media post sadly asserted: "A 97 year-old Holocaust survivor was killed for being Jewish yesterday. In the United States. Let that sink in."

However, although Rose Mallinger may have lived through the Holocaust in a temporal sense, she wasn't a "survivor" of that genocide in the sense of having been in the custody of those who perpetrated it or present in any of the areas where it took place, as noted in more thorough news reporting on her life:

At 97, Rose Mallinger was the eldest of the 11 victims murdered in the mass shooting at the Tree of Life Congregation synagogue in Squirrel Hills, Pennsylvania allegedly perpetrated by avowed anti-Semite Robert Bowers, now charged federally and facing life in prison. The youngest victim was age 54. Seven of the 11 killed were alive during the Second World War and the Holocaust.

Mallinger was not a Holocaust survivor as was incorrectly reported Sunday by a number of news outlets. But she was in many ways a survivor having lived through it and on this earth for nearly a century before being shot with what was likely a semi-automatic rifle by the 46-year-old Pennsylvania man who confessed to police, which can be heard on the police scanner, that he set out to kill Jewish people. That was his mission. And that he would take the lives of very elderly Jews for some makes the horror all the more unfathomable.

It’s the deadliest anti-Semitic attack in recent U.S. history. Bowers yelled ‘All Jews must die’ as he allegedly fired on unarmed elders including Mallinger during Sabbath services on Saturday.

And People magazine, for example, updated their initial list of the victims to note that "This article originally incorrectly identified Rose Mallinger as a Holocaust survivor."

Others with a personal connection to Rose exhorted the public to stop spreading misinformation about her: According to other reports, however, one Holocaust survivor did narrowly escape being caught up in the mass shooting because he was a few minutes late to synagogue that day:

Services at Tree of Life Congregation in Pittsburgh start at 9:45 A.M. Samet, who is 80 years old, pulled into a handicapped spot in front of the building on the morning of October 27 at 9:49.

“Somebody knocked on my window,” Samet said. “There was this guy. Very calm and respectful. [He] told me, you better back up, there is an active shooting going on in your synagogue.”

It took Samet sixty seconds to process what the man was saying. Samet was born in Hungary. He turned eight years old at the Bergen-Belsen concentration camp in Germany. He spent five and a half years in an orphanage in Israel. He has been a member of Tree of Life Congregation for fifty-five years.

Samet said that Rose Mallinger, who was in her 90’s, would attend the service each week with her daughter. “They sit behind me,” Samet said. “If I was inside the synagogue, I would be in the line of fire.”