Is a "Do Not Adopt a Pitbull" Ad Airing During the Super Bowl?

A dog bite attorney's anti-pitbull video will not be airing during Super Bowl LII. 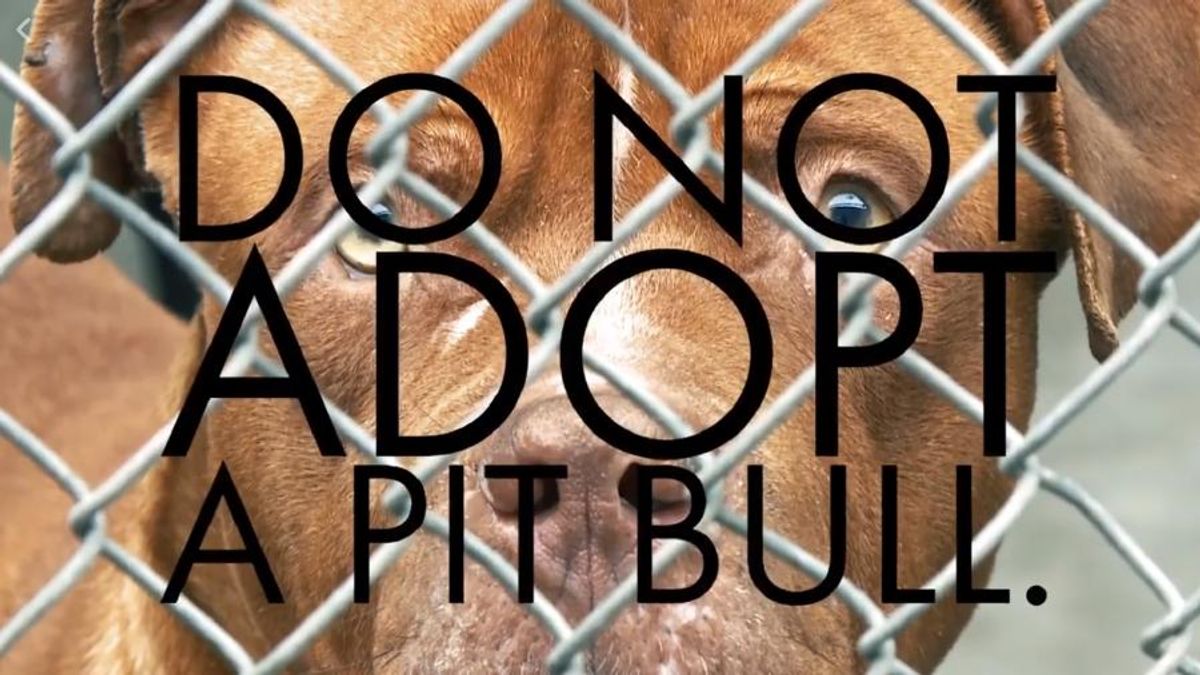 Claim:
A "Do Not Adopt a Pitbull" ad will be airing during Super Bowl LII in February 2018.
Rating:

In early 2018, social media users were sharing a football-themed video clip, one which
exhorted viewers "Do Not Adopt a Pitbull" and featured scenes of cheering crowds overlaid with text statements reading " They killed the most kids," "They killed the most family members," and "One breed killed 75% of the people who were mauled to death in 2017":

The video quickly drew the ire of many pitbull owners and aficionados, who were aghast at its sweeping and condemnatory anti-pitbull rhetoric. The clip bore the imprint of the Dog Bite Law web site, which is linked to Kenneth M. Phillips, an attorney who specializes in — not surprisingly — dog bite law:

Welcome to the #1 dog bite law resource on the Internet since 1998! Its author, Kenneth M. Phillips, is the only lawyer in the USA who, since the 1990s, has represented just dog bite victims all over the country. He has earned tens of millions of dollars for children and adults bit by dogs, and the families of people killed by dogs. He works for clients without charging anything up front, and answers questions about dogbites for free.

If you want to learn about dog bite law, this website has 1,000 pages of solutions, unbiased legal information and "straight talk" for dog bite victims, their lawyers, dog owners, property owners, and people who adopt-out, train or work with dogs.

It was unlikely that this clip would be aired as a commercial during the upcoming NFL Championship Game (commonly known as the "Super Bowl") on 4 February 2018: Such an airing would be a tremendously expensive undertaking (with 30-second Super Bowl commercial spots now selling for about $5 million) and would quite possibly run afoul of the NFL's policies regarding acceptable commercial content. Most likely the timing of the video's spread (i.e., during the NFL playoffs) and its use of football imagery caused some social media users to presume it was intended to be a Super Bowl ad.

Indeed, Mr. Phillips confirmed for us that this video originated with him and was not something to be aired during the Super Bowl:

The video in question is a pastiche which features wildly cheering football fans set against several terribly real facts about the dangers presented by pit bulls. It is a political piece of sorts because of the controversy surrounding bans of this breed in a number of jurisdictions. Here are the important facts which are fully documented and available on dogbitelaw.com:

Approximately 75 studies conducted in 28 USA states, as well as cities, counties and Canadian provinces, establish that the number of pit bull attacks on humans far exceeds the number of attacks on humans by other breeds. (The studies are summarized and linked at Dogsbite.org, Pit Bulls Lead "Bite" Counts Across U.S. Cities and Counties, Sept. 1, 2016.)

There are 3.6 million pit bulls in the USA, including purebreds and mixes, making them about 6.6% of the canine population. (Merritt Clifton, Most Popular Breed in US Ain't Nothing But a Hound Dog.) They are responsible for over 80% of all canine homicides. (Colleen Lynn, 2015 U.S. Dog Bite Fatalities.)

While pitbulls are often cited as contributing to the largest number, or greatest percentage of, dog bite incidents and fatalities per year, defenders of pitbulls maintain that it is among the least aggressive of canine breeds, that attack or bite incidents attributed to pitbulls often involve other breeds mistakenly identified as American Pit Bull Terriers, and that human behavior — not some inherent quality of breed — is what leads to companion animal attacks:

Pit bulls make up only 6% of the dog population, but they’re responsible for 68% of dog attacks and 52% of dog-related deaths since 1982, according to research compiled by Merritt Clifton, editor of Animals 24-7, an animal-news organization that focuses on humane work and animal-cruelty prevention.

[But] there is a growing backlash against the idea that pit bulls are more violent than other dogs. “There is not any breed of dog that is inherently more dangerous,” said Marcy Setter of the Pit Bull Rescue Center. “That’s simply not true.”

But critics say that pit bulls are inherently dangerous no matter how they’re treated, because violence is in their DNA. “Why do herding dogs herd? Why do pointing dogs point? They don’t learn that behavior, that’s selective behavior,” says Colleen Lynn, president and founder of DogsBite.org, a national dog-bite-victims group dedicated to reducing dog attacks. “Pit bulls were specifically bred to go into that pit with incredible aggression and fight.”

We previously surveyed the issue of breed-specific legislation and dog bites in an article on this site.