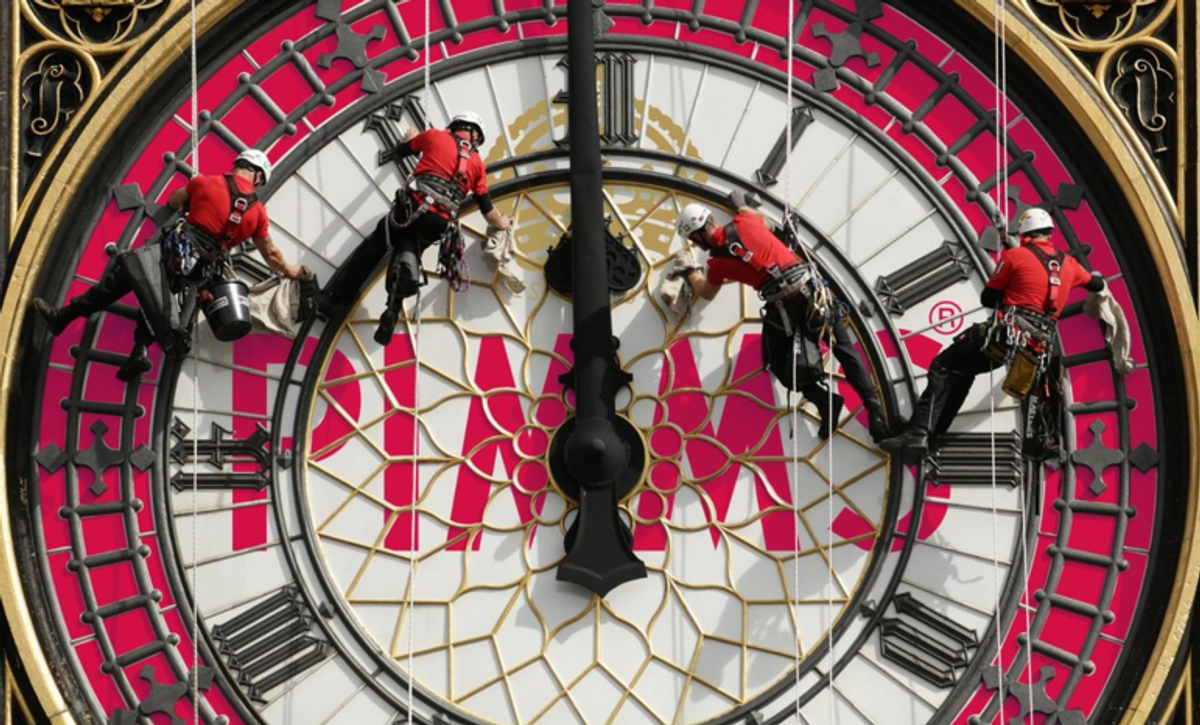 On 1 April 2016, a series of photographs purportedly showing the face of London's Big Ben clock adorned with the logo of Pimm's drinks for an "It's PIMMS's O'Clock on Big Ben promotion" began circulating on social media: While many viewers were skeptical about these photographs (especially given the date of their release), some of them were swayed by a video seemingly showing a real news broadcast about the sponsorship deal:

Of course, the real Big Ben tower was not painted with the Pimm's logo. The PR company Taylor Herring explained that the photographs were fake and that newscaster Peter Sissons was in on the joke:

The spoof news report we shot with veteran newscaster Peter Sissons was so convincing that we had to break it to a nice man on the Reuters news desk that it was a spoof.

You can check out some other 2016 April Fool's Day pranks here.

(And yes, we know that Big Ben is technically the name of the clock's bell, not the clock itself or the tower that houses it.)