Did a Trump Spokeswoman Say Obama Was 'Head Negro' and Not a 'Pure Breed'? 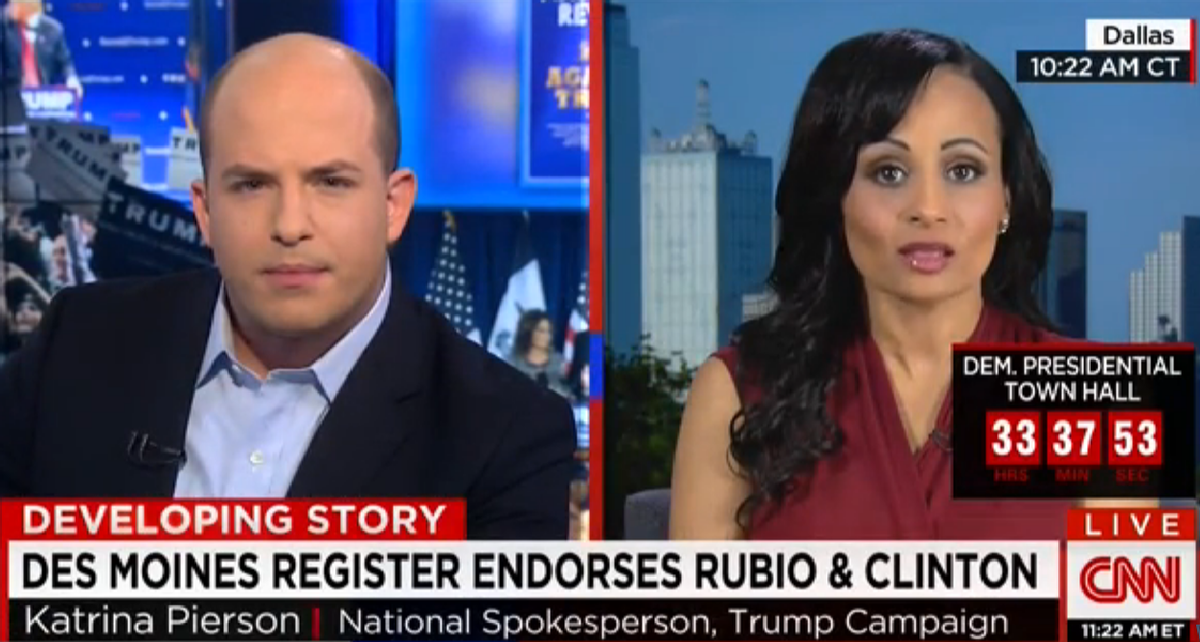 Katrina Pierson wrote on Twitter that President Obama wasn't a 'pure breed' and that he was the 'head negro in charge.'

Pierson posted these messages to Twitter prior to working as Donald Trump's spokeswoman.

On 24 January 2016, Donald Trump's spokeswoman Katrina Pierson appeared on CNN's Reliable Sources program to discuss the 2016 presidential race. During that appearance, Host Brian Stelter questioned Pierson about a tweet she made back in 2012 referencing how neither President Barack Obama nor then-Republican presidential nominee Mitt Romney was a "pure breed":

Pierson (unconvincingly) defended the message in question to Stelter, claiming that she had been called a "half-breed" herself:

"I'm an activist and I am a half-breed. I'm always getting called a half-breed. On Twitter when you're fighting with liberals and even establishment, you go back at them in the same silliness they are giving you.”

"So, I myself am a half-breed. Here's the thing. We have entered silly season. Donald Trump is up in the polls again. There's desperate campaigns out there, they can't take him down so they try to take down the people that are around him. And we’re just not going to get distracted by all that nonsense."

Shortly after Pierson's appearance on Reliable Sources, several publication posted stories about some of the other racial comments she has made on Twitter, including one which dubbed President Obama the "head negro in charge": Although Pierson did post the messages in question to Twitter, she did so at least two years before she joined Donald Trump's 2016 presidential campaign, not while she was actively working as his spokesperson.