Is This a Real Photograph of a ‘Cosmic Bat’ Nebula?

The “ethereal” nebula is illuminated by dense gaseous knots. 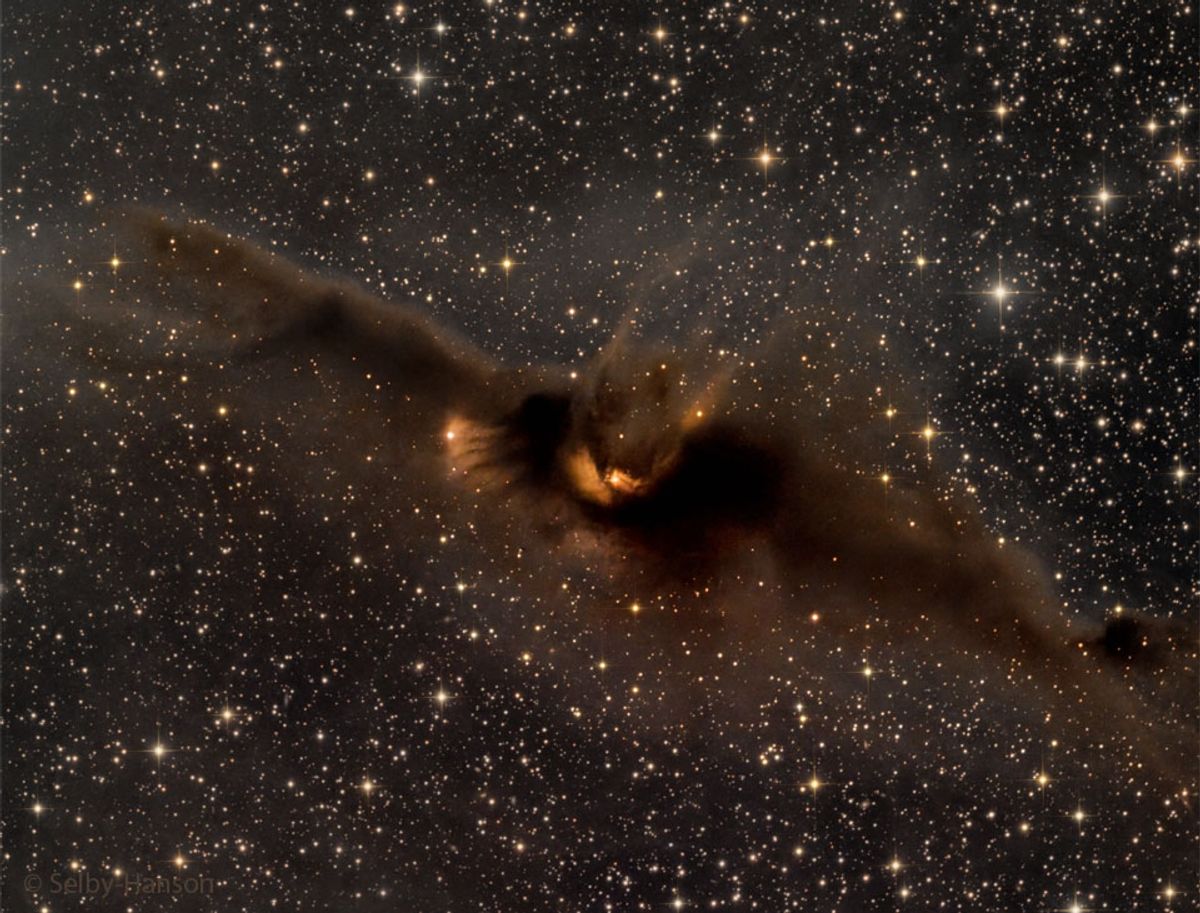 Claim:
A real photograph shows a nebula that looks exactly like a bat, hence the nickname “Cosmic Bat.”
Rating:

An eerie photograph of a nebula in space looks a lot like an actual bat. The nebula, which is defined as "numerous clouds of gas or dust in interstellar space," was nicknamed the "Cosmic Bat" by NASA and others.

The photograph went viral as astronaut Chris Hadfield tweeted it from his account:

The original photograph was posted on Oct. 31, 2022, on the NASA website in the "Astronomy Picture of the Day" section. The image does indeed resemble a bat, hence its nickname. It is also known as LDN 43. According to NASA:

Located about 1400 light years away in the constellation Ophiuchus, this molecular cloud is dense enough to block light not only from background stars, but from wisps of gas lit up by the nearby reflection nebula LBN 7. Far from being a harbinger of death, this 12-light year-long filament of gas and dust is actually a stellar nursery. Glowing with eerie light, the bat is lit up from inside by dense gaseous knots that have just formed young stars.

Another "Cosmic Bat" nebula was shared by the European Southern Observatory (ESO) in 2019. According to the ESO, this nebula is located in the Orion constellation:

Even though this ghostly nebula in Orion appears to be isolated from other cosmic objects, astronomers believe that it was shaped by powerful stellar winds from the massive stars beyond it. These streams of scorching plasma are thrown from a star's upper atmosphere at incredible speeds, shaping the clouds secluding the Cosmic Bat's nascent stars.

Bat-like nebulas are a widely documented phenomenon. Given that these have been researched by various scientists and their images have been published by verifiable research agencies, we rate this claim as "True."