Is This Beyonce and Jay-Z Holding Their Twin Babies? 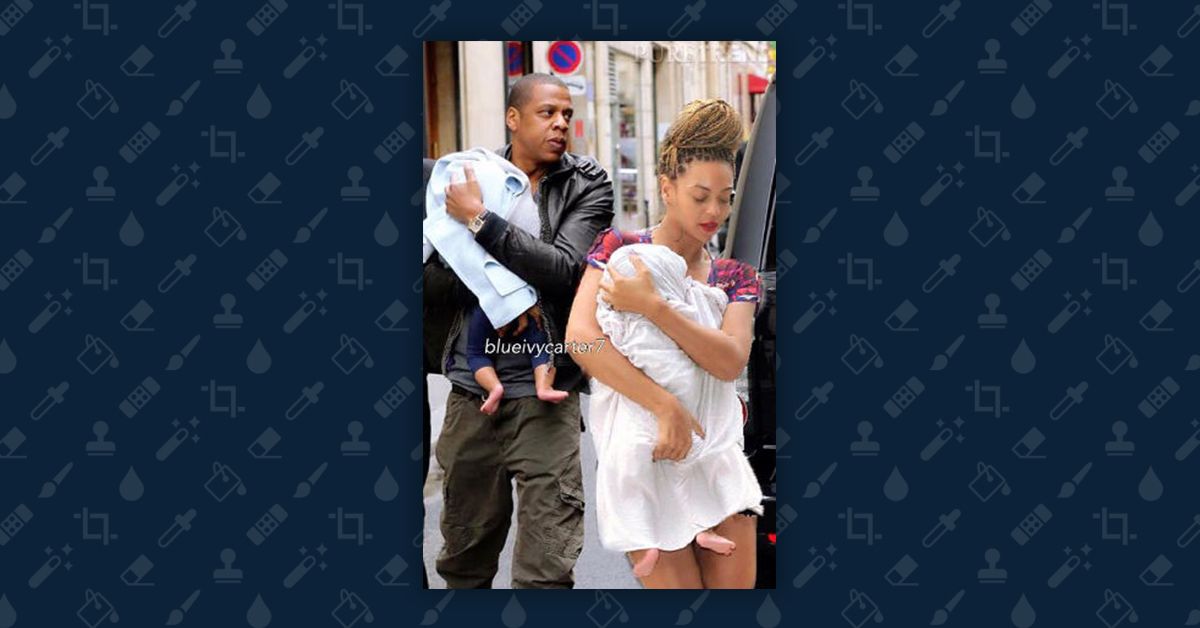 Amidst reports that singers Beyonce and Jay-Z had welcomed twins into the world in June 2017, a photograph purportedly showing the celebrity couple holding their newborn babies was circulated on social media:

The image is actually a composite of two photographs, each showing Jay-Z and Beyonce carrying their first child, Blue Ivy, in 2012. Here's a look at the original Jay-Z image (left), the composite image (center), and the original Beyonce photograph (right):

Although sources close to the couple reported that Beyonce and Jay-Z welcomed twins in mid-June 2017, the celebrity couple have yet to confirm the news. As of this writing, there are no publicly available photographs of the couple's new twins.