A photograph shows a utility pole that has been buried in snow, but the amount of snow is a matter of dispute. 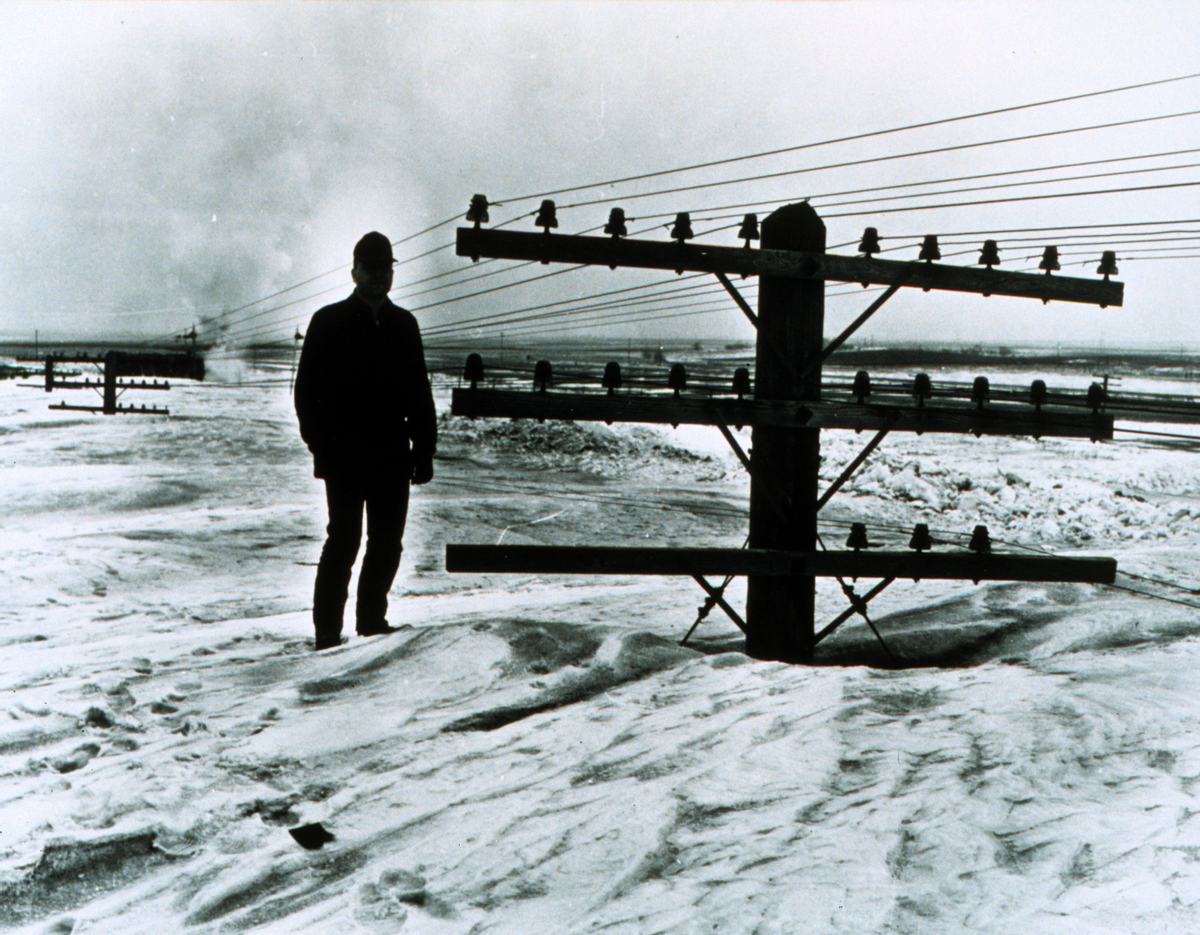 Claim:
A photograph shows a man standing next to a utility pole that has been buried in 40 feet of snow.
Rating:

A photograph shows a man standing next to a utility pole that has been buried in snow.

The depth to which the pole is buried in snow is unknown.

A photograph purportedly showing a man next to a utility pole that had seemingly been buried by "40 feet of snow" began recirculating online in January 2016 after it was posted to the Reddit community site: While the photograph is real, it is highly unlikely that the man seen in the picture is standing on top of "40 feet of snow."

The photograph was taken in Jamestown, North Dakota, on 9 March 1966 by Bill Koch of the North Dakota State Highway Department. The image can be found in the archives of the National Oceanic and Atmospheric Administration's (NOAA) National Weather Service, but the photograph's caption doesn't provide any additional information about the blizzard:

In the State Historical Society of North Dakota's record of the 1966 blizzard, they wrote that the depth of the snowfall reached 35 inches in some places, but that most areas received 20 inches of snow or less. While some snowdrifts reached heights of 30 feet, there's no record in extant reports of a large area being covered by 40 feet of snow:

This blizzard came with plenty of warning from the weather service, but no one had experienced a blizzard of this power and duration. It began about noon on Wednesday March 2. By Friday night, the winds had reached 70 mph with gusts in some locations to 100 mph. The wind blew the snow about leaving parts of some highways clear, but other stretches where drifts were 20 to 30 feet high and hundreds of yards long. The actual snowfall varied, but reached 35 inches in some places and at least 20 inches in many places. Only the northwestern corner of the state was spared the destructive power of this storm.

It's also impossible to determine the size of the utility pole in this photograph. While a 40-foot high wooden utility pole isn't a uncommon object, there's no way to tell whether the pole featured in this picture is that tall. It should also be noted that at least one image from the State Historical Society of North Dakota shows a much smaller utility pole next to the railroad: