More evidence is required before this claim can be rated in a traditional Snopes fact check, but it has certain traits associated with misinformation. 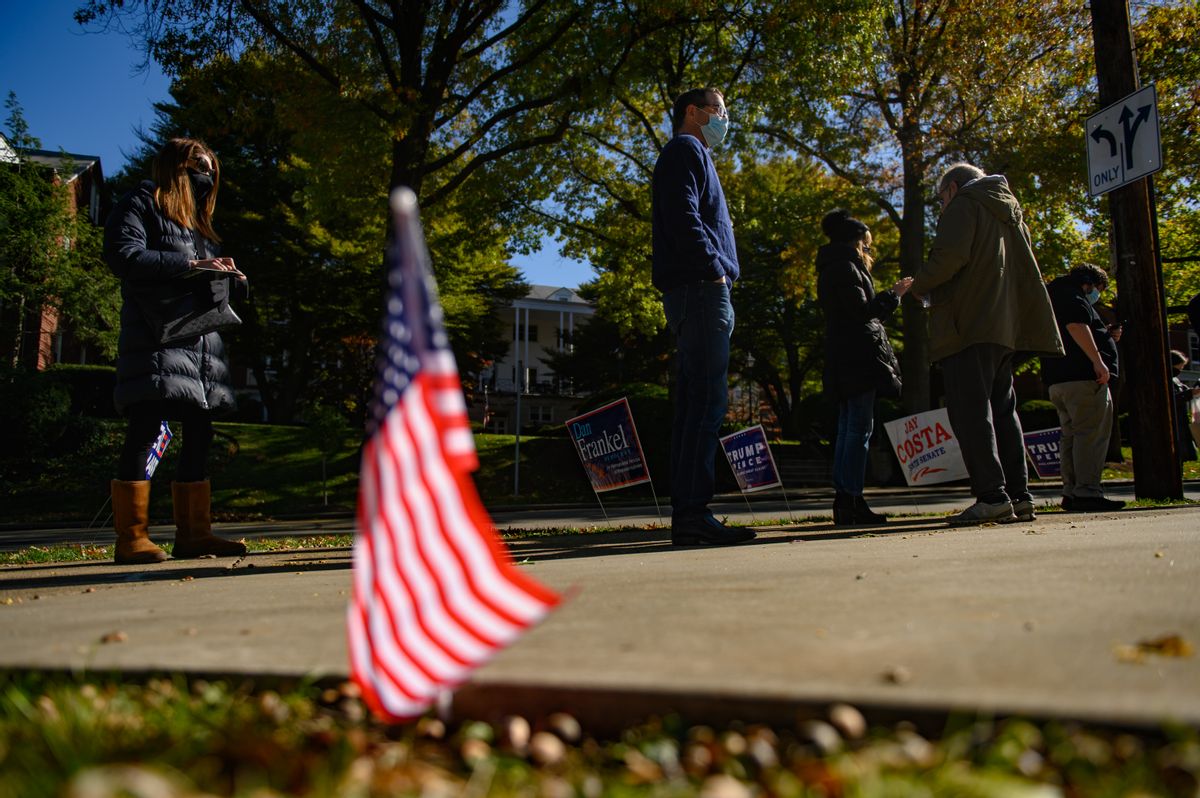 On U.S. Election Day 2020, Nov. 3, the reelection campaign of President Donald Trump, and others, promoted and shared content on Twitter that claimed to present evidence of "illegal campaigning inside of a polling station" in Philadelphia, Pennsylvania.

Mike Roman, from the Trump 2020 campaign, tweeted out two photographs — one that appeared to show a man in a polling station handing a leaflet to a prospective voter, and the other that appeared to be a close-up picture of a sample Democratic ballot, a form of election campaigning. Roman added the following description:

"ILLEGAL campaigning INSIDE of a polling location in Philly. Man in blue is handing out DEM literature to voters IN LINE TO VOTE. This is why DEMS are keeping TRUMP WATCHERS OUT. They are STEALING it! This needs to STOP!" There was no way to tell from the photographs whether the close-up picture of the sample Democratic ballot was, in fact, the document purportedly given to voters in the first photographs.

Snopes has asked the relevant authorities in Philadelphia for clarification and details about the images shown in the tweet, and Roman's description of them.