No, Pfizer Does Not Own Neil Young's Music Catalog 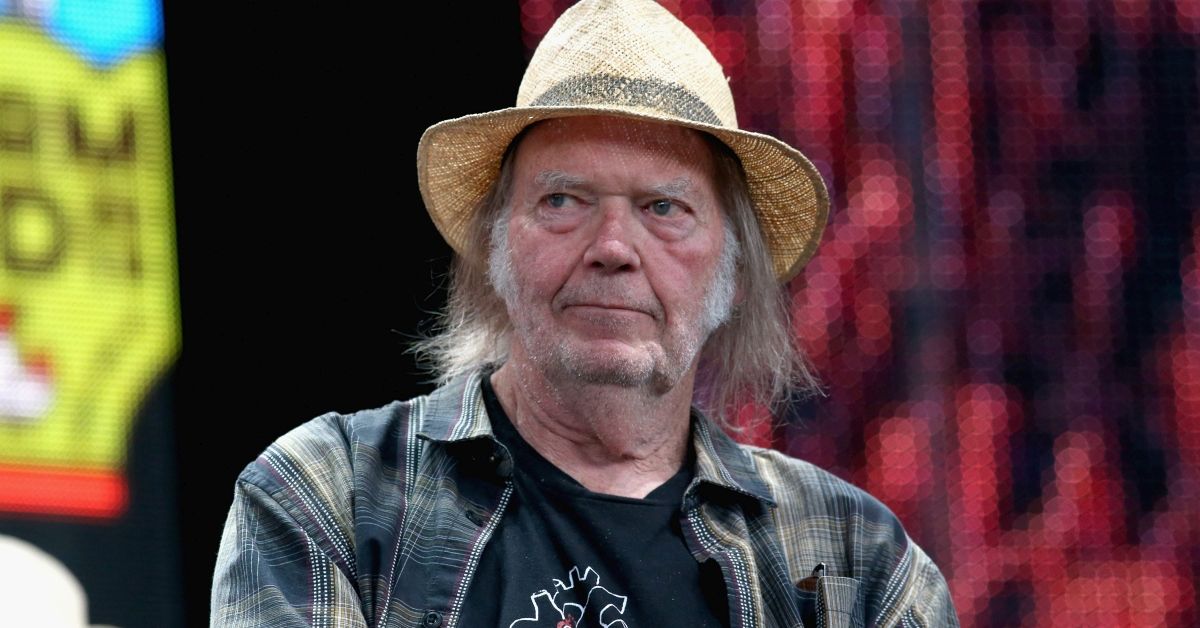 Claim:
As of January and February 2022, Pfizer owned Neil Young's song catalog or held sway over him and dictated his views on COVID-19 vaccination.
Rating:

In early 2022, folk-rock legend Neil Young found himself the target of a laughable conspiracy theory after he spoke out against COVID-19-related misinformation. On Jan. 24, Young wrote that he wanted his music removed from the streaming platform Spotify, unless the company ended its agreement to host Joe Rogan's podcast, which has on several occasions provided a forum for potentially harmful misinformation about COVID-19 vaccines. In response, Spotify removed Young's back catalog from its library, rather than cutting ties with Rogan.

In the midst of that controversy, vaccine skeptics and COVID-19 conspiracy theorists shared a ludicrous conspiracy theory claiming that the pharmaceutical company Pfizer — which produces a widely-used COVID-19 vaccine — either owned the rights to Young's music catalog or, through a chain of connections, held sway over the rock star and influenced, or even ordered, his pro-vaccination stance.

For example, some social media users posted a meme with the text, "When you realize Neil Young's music catalogue is owned by Pfizer": Others did not explicitly claim that Pfizer itself owned some or all of Young's catalog, but did suggest that the company held sway over him, by way of a series of connections, and that therefore Young's opposition to Rogan and his criticism of vaccine misinformation should be dismissed as the result of corruption and self-compromise, rather than a principled stance.

On social media, a conspiracy theorist who uses the moniker An0maly outlined the theory in helpful detail, starting with the observation that in January 2021, Young reportedly sold half of his catalog to a U.K.-based investment fund called Hipgnosis, for around $150 million. An0maly continued:

So, 50% to UK investment fund Hipgnosis. In October of 2021, Blackstone and Hipgnosis Song Management launched [a] "$1 billion partnership to invest in songs, recorded music, music IP and royalties." Interesting. Blackstone is "an American alternative investment management company" who, interestingly enough, in 2020 announced the appointment of "Jeffrey B. Kindler, former chairman and CEO of Pfizer, as [a] senior adviser."

Now I don't know the answer to this, but did Neil Young independently make the decision to try and blackball Joe Rogan for questioning big pharma and the government narrative? Or was it a team decision with a multi-billion-dollar investment firm who also owns a big chunk of his music?

The first point to note here is that, even among those promulgating the Young-Pfizer theory, it is not seriously suggested that Pfizer itself — which is, after all, a pharmaceutical company — owns the rights to any of Young's music. That claim can be dismissed.

Before assessing the logic behind the theory, and its coherence, it's worth briefly evaluating the accuracy of each of its components. First, it appears to be true that, in January 2021, Young sold half of his songs to Hipgnosis. In a news release, Hipgnosis wrote: "...The Company has acquired 50% of Neil Young’s worldwide copyright and income interests in his entire song catalogue comprising 1,180 songs."

However, rather than having uncovered a web of corruption, those pushing the Young-Pfizer story were engaging in the classic conspiracy theorist's fallacy of finding whatever possible connection they can between two separate entities (in this case, Young and Pfizer) without first testing the logical or chronological basis of that putative link. In other words, "connecting the dots" by whatever means available, rather than uncovering an actual, organic conspiracy.

Let's look at the sequence of events. Kindler left Pfizer in 2010 — a full decade before he joined Blackstone, and before the emergence of the COVID-19 pandemic prompted Pfizer to develop a vaccine along with its German partner BioNTech.

Blackstone is a publicly traded company, meaning it has a fiduciary duty to its shareholders, and Kindler, in turn, has a professional obligation to provide sound business and strategic advice to Blackstone. Aside from presenting no concrete evidence whatsoever, those pushing the Young-Pfizer conspiracy theory appear to be asking readers to believe, despite these circumstances, one of two explanations:

As outlandish as these scenarios are, they are premised on even shakier assumptions: for example, that Kindler was even consulted on the Blackstone-Hipgnosis deal; or that if he was, he was in favor of it; and that Young has any remaining financial or commercial obligations to Hipgnosis and/or Blackstone after the sale of half his music — after all, if that deal is already done, what is the supposed basis of Hipgnosis or Blackstone's putative leverage over Young?

It's not necessary to list, in excruciating detail, each of the known factual and logical flaws associated with the Young-Pfizer conspiracy theory. The claim that the pharmaceutical company "owned Young's music catalog" was patently false, and the theory of a fantastical web of corruption, with Kindler at its centre, was presented without any concrete evidence and, perhaps more importantly, made no sense whatsoever.