Did Persian King Order His Servants Killed, Only They Killed Him?

Rather foolishly, he let them roam free before their execution. 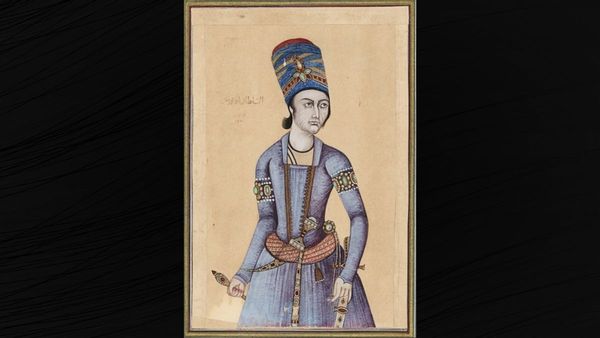 Claim:
Agha Mohammad Khan, an 18th-century Persian king, ordered the execution of two servants for being too loud, but postponed it to avoid doing it on a holy day. He let them return to their duties, but they killed him that very night.
Rating:

Plenty of ancient monarchs have had strange deaths. For example, King George II of the U.K. died suddenly after waking up and defecating into a close stool, an early version of a toilet.

Others deaths were more grim and violent. Ottoman Sultan Osman II, a teen, died in 1622 through an excruciating “compression of the testicles.” And yet other kings, known for their shrewdness and ruthlessness, certainly weren’t too smart, which sometimes led to their untimely deaths.

The 18th-century ruler ushered in the Qajar dynasty of Iran that ruled until 1925. Khan was childless, having been castrated in his youth while imprisoned by Adel Shah, a previous ruler. Khan gained a reputation for being intelligent and pragmatic while also very brutal. These traits did not help him at the time of his death.

According to a post on Reddit, he foolishly postponed an execution that he ordered, and got killed as a result:

TIL that Persian King Agha Mohammad Khan ordered the execution of two servants for being too loud. Since it was a holy day, he postponed their execution by a day and made the servants return to their duties. They murdered the king in his sleep that night.

This account has been corroborated by a number of reputable historians.

The killing took place around three days after the Shah entered and took over the city of Shusha with little opposition. At the time, he was leading his second campaign into Georgia, a region he had largely conquered and where he systematically pillaged, enslaved, and massacred people.

The book “A History of Iran: Empire of the Mind” by Michael Axworthy, a noted academic and historian, described Khan’s death below:

Agha Mohammad Shah had now resumed control of the main territories of Safavid Persia, with the exception of the Afghan provinces. But he did not enjoy them, or his jewels, for long. In June 1797, while campaigning in what is now Nagorno-Karabakh, he was stabbed to death by two of his servants, whom he had sentenced to be executed but unwisely left alive and at liberty overnight.

In Volume 7 of “The Cambridge History of Iran,” his death is described in more detail:

The Shah set off with 5,000 horsemen and 3,000 infantry and rapidly fording the Aras, entered Shusha. He remained there three days until, disturbed one evening by a quarrel between two servants in his private quarters, he ordered their immediate execution. Sadiq Khan, leader of the Shaqaqi Kurds, was present. He tried to intercede for the servants, but the Shah was implacable, agreeing only to postpone their execution until the following morning, to avoid shedding blood on a Friday. He foolishly allowed the condemned men to continue attending to him until he fell asleep, when they, joined by a third servant, stabbed him to death, on 21 Dhu’l-Hijja 1211/16 June 1797. They then fled to Sadiq Khan, bearing the treasure that the Shah had with him, including the Darya-yi Nur and the Taj-i-Mah. Sadiq Khan took the assassins under his protection, assumed charge of the regalia, and set out with his troops for Tabriz. The Qajar ascendancy, to which the late Shah had devoted himself with such single-mindedness, was now to be put to the test.

Agha Mohammad was succeeded by his nephew Fath Ali Shah. According to the Encyclopædia Iranica, a research initiative run by the Encyclopaedia Iranica Foundation Inc. started by Columbia University Professor ​​Ehsan Yarshater, Khan was an interesting personality:

Āḡā Moḥammad’s salient characteristics were those which caused his death: avarice and cruelty. Yet such was his energy, ambition, and intelligence that he usually directed even his least praiseworthy qualities towards the achievement of his aims. Obsessively acquisitive of money and jewels, he nevertheless shunned pomp and ostentation, lived as austerely as his soldiers, and ensured that these were regularly paid. He showed a real concern for law and order, regularly prayed and fasted, yet also drank heavily.
[...]
His acts of cruelty can usually be interpreted as politic or exemplary, to terrorize the disaffected (as at Kermān), or to ensure unquestioning obedience. He would often disembowel servants who displeased him and expose them, still alive, to the kites and crows (R. G. Watson, A History of Persia . . ., London, 1866, pp. 66-67). Often, however, he was gratuitously vindictive; while at Shiraz, he exhumed the bones of Karīm Khan and had them reburied under the threshold of his palace at Tehran, so that he might daily trample on the grave of his predecessor in empire. There are likewise tales of the cruel revenge he took on obscure Shiraz tradesmen who had slighted him during his stay in the Zand capital; and once, while drunk, he shot and wounded his secretary for no reason (M. von Kotzebuhe, Narrative of a Journey into Persia . . . , London, 1818, pp. 256-58).

Given that his death has been widely documented by numerous reputable historians, we rate this claim as “True.”