The humor in a satirical item about the Pentagon's purchase of five million Powerball tickets confused some readers unfamiliar with 'Duffel Blog.' 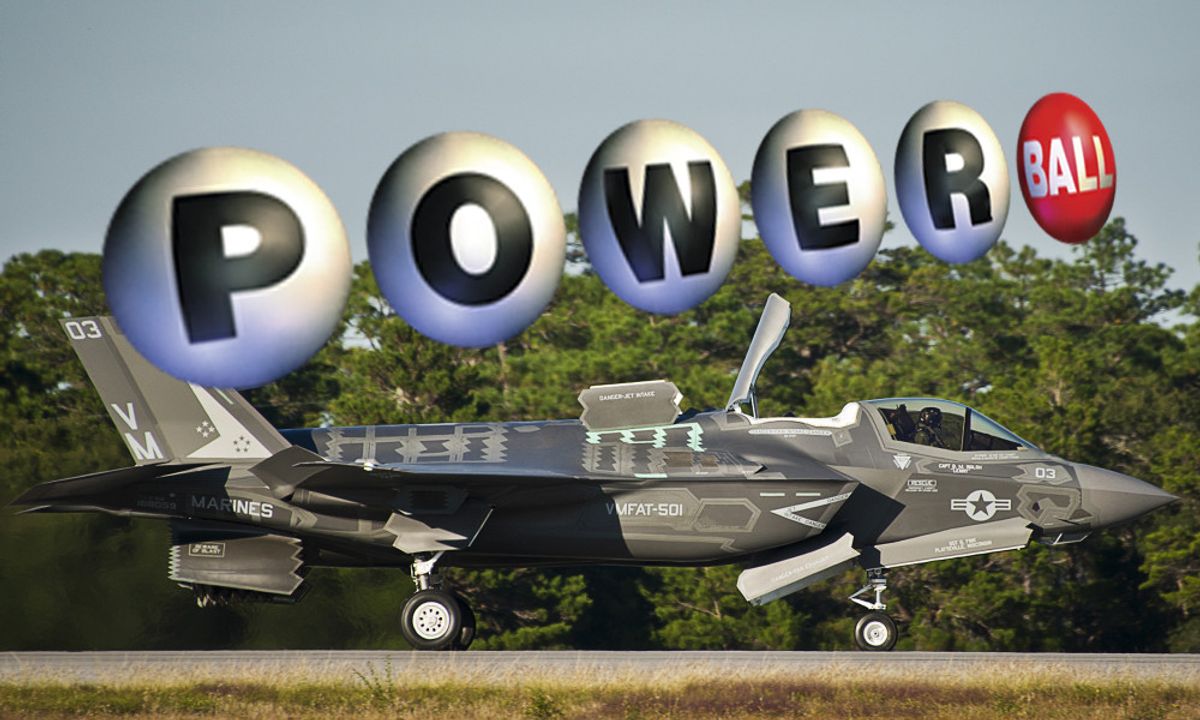 Claim:
The Pentagon purchased five million Powerball tickets at a cost of $10 million so they could buy more F-35s if they won.
Rating:

The Department of Defense announced today that it has purchased five million Powerball tickets at a cost of $2 per ticket, with an aim of providing a funding windfall to the F-35 Joint Strike Fighter program.

“This is a minor fiscal gamble, but the Pentagon is always willing to lay out a few extra bucks in order to ensure we continue to have the most advanced military in the world,” said Secretary of Defense Ashton Carter, flashing a giddy smile. “Daddy needs a new pair of shoes, and a dozen new F-35s for the Navy’s Pacific Fleet.”

Satirical elements of the piece were far more apparent as the article continued:

A reporter brought to Carter’s attention that the jackpot only totals $1.5 billion dollar jackpot if the Pentagon elects to take the annuity paid out over 29 years, and the alternative lump sum payment would amount to less than $900 million.

“Well, shit,” said Carter. “There’s no sense in taking a 29-year annuity when the F-35 will be obsolete by that time and on the auction block to Iran and Saudi Arabia. But the lump sum payment would still buy three or four F-35s today, I believe.”

“I don’t understand why you guys would even question this,” said a visibly frustrated Carter. “That would still be two more F-35s than we had previously, with a capital expenditure of only ten million dollars in Powerball tickets. That’s a steal.”

Duffel Blog's "About" page is written in a similar style, subtly referencing the fact that its content isn't meant to be taken seriously. However, unlike most self-described "satire" sites, Duffel Blog aimed to amuse, not confuse, readers:

Most readers familiar with Duffel Blog are aware of its humorous intent. However, the content is written with a specific brand of humor (military) in mind. As such, occasional Duffel Blog pieces cause confusion on social media among civilians and others over whose heads the pointed jabs can sail. Previous instances in which Duffel Blog material confounded social media users included articles claiming that West Point posthumously revoked the diplomas of confederate soldiers, that the Army instituted a "mandatory divorce" policy to "improve readiness," that Ariana Grande joined ISIS, and that the USS Gabrielle Giffords was to be the Navy's first "gun-free" warship.