Did VP Pence Touch NASA Gear Labeled 'Do Not Touch'?

An old photo received new attention as U.S. Vice President Mike Pence took over the Trump administration's response to an outbreak of a new coronavirus. 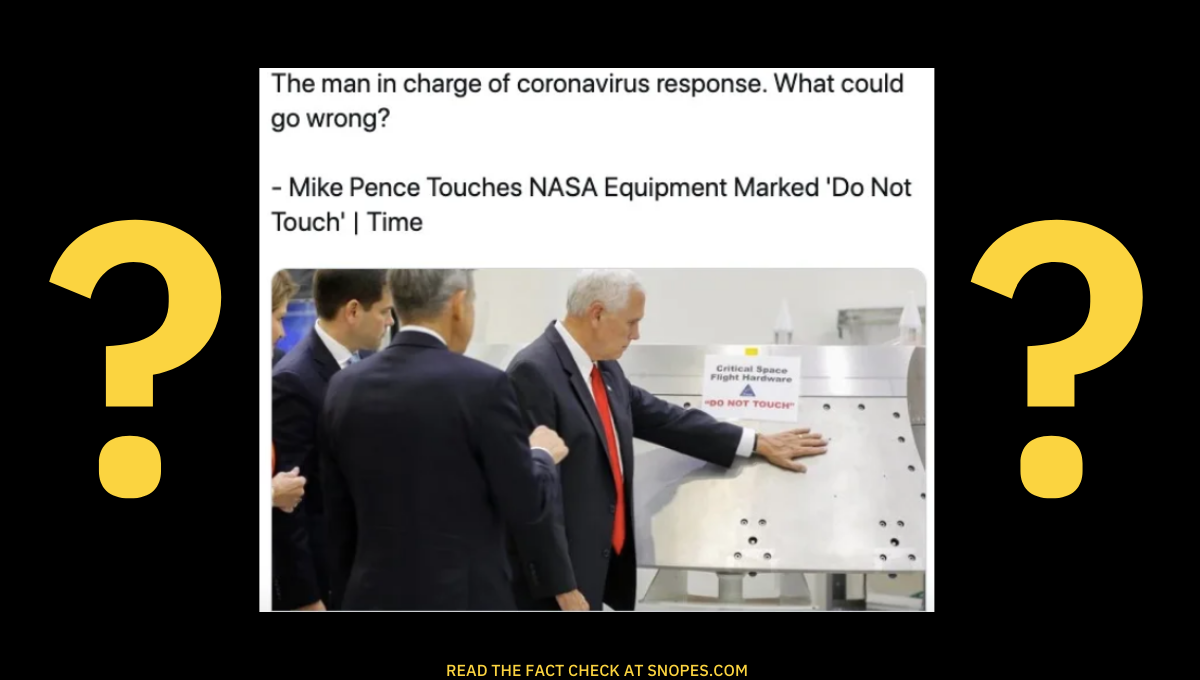 In early March 2020, Snopes readers asked us to verify a photograph that appeared to show U.S. Vice President Mike Pence touching a piece of space equipment that bore a "DO NOT TOUCH" sign.

The picture was from July 2017, but social media users shared it anew after Pence was tapped to lead the Trump administration's efforts to combat an outbreak of COVID-19, the disease caused by a new coronavirus. As headlines warned the outbreak could become a pandemic, people shared the picture along with jokes riffing off criticism that Pence was unqualified to lead the nation's response to the quickly spreading virus that can be passed on through touch. The photograph is real. However, in regards to the subject matter of the above tweet, it is outdated.

Pence was indeed photographed touching the equipment during his visit to the the National Aeronautics and Space Administration's (NASA) Kennedy Space Center in Florida on July 6, 2017.

One day after his visit, Pence tweeted an apology to NASA, along with a joke that U.S. Sen. Marco Rubio, who can be seen standing behind him, "dared" him to touch the equipment. NASA responded on Twitter, saying that it was actually no problem that Pence had touched it because it was about to be cleaned anyway. Because this picture was taken in 2017 (long before the new coronavirus outbreak) and NASA made a public statement indicating no harm was done, we rate this claim "Outdated."