The measure, which concerned the disposal of fetal remains, was part of a bigger anti-abortion law passed by state legislators in March 2016. 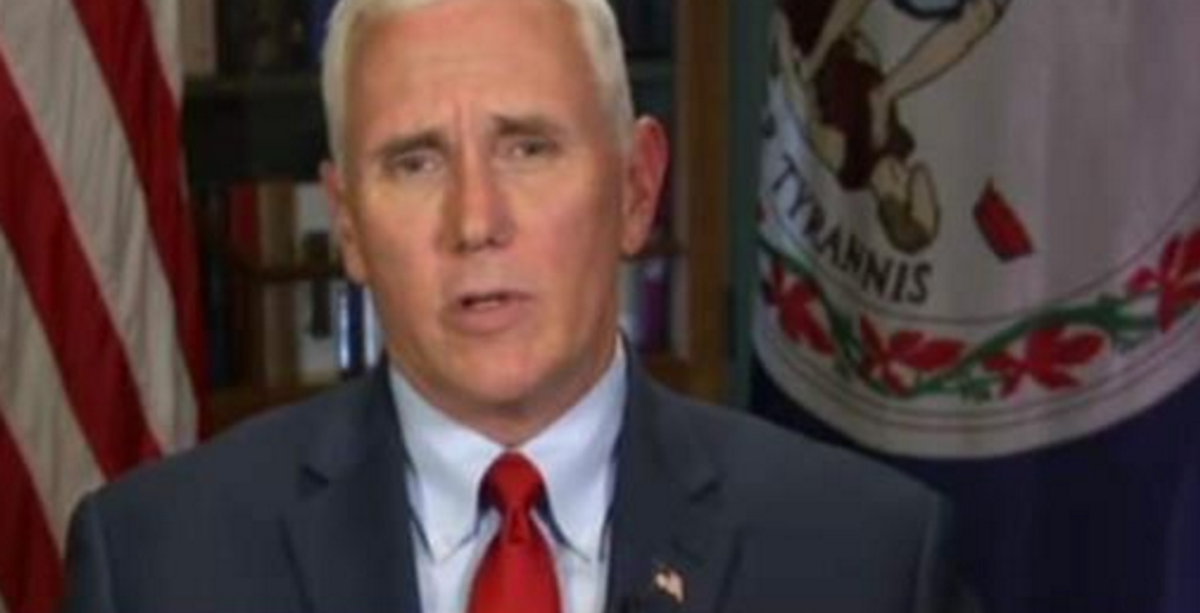 I'm pro-life and I don't apologize for it. We'll see Roe vs. Wade consigned to the ash heap of history where it belongs.

The Indiana governor reiterated his stance during a 4 October 2016 debate with his Democratic Party counterpart, Tim Kaine:

I know Senator Kaine, you hold pro-life views personally, but the very idea that a child that is almost born into the world could still have their life taken from them is just anathema to me.

Following the debate, Pence's critics focused on his support for a measure he signed into law on 24 March 2016, which purportedly made women liable for the cost of funerals for fetuses they had aborted or miscarried. The accusation quickly became a meme, and permeated reporting about the issue:

The law did something truly bizarre. It would have basically forced women to seek funerary services for a fetus — whether she’d had an abortion or a miscarriage, and no matter how far along the pregnancy was.

The law Pence backed would have required all fetal tissue to be cremated or buried, an unprecedented measure in state law. The law also banned abortion if the fetus had a "disability" — which would have denied women the right to end a pregnancy even in case of serious fetal anomalies.

The wording of the burial provision meant that technically, even if a woman had a miscarriage at eight weeks of pregnancy at home, she would have to keep the blood and tissue, take it to a hospital or clinic, and have it buried or cremated by a funeral home. The law would have also dramatically increased the cost of an abortion, since providers would have had to spend time and money on arranging the funerary services.

The law, which was passed by the Republican-heavy state legislature, does require that aborted or miscarried fetuses be buried or cremated. It also requires that women involved in these cases be given the chance to decide how this is carried out.

However, it did not require the women involved to be present during — or to pay for — the disposal of the material. Instead, that fell to the facility in which the miscarriage or abortion took place:

The burial transit permit requirements under IC 16-37-3 apply to the final disposition of the miscarried fetus, which must be cremated or interred. However:

(1) a person is not required to designate a name for the miscarried fetus on the burial transit permit and the space for a name may remain blank; and

(2) any information submitted under this section that may be used to identify the parent or parents is confidential and must be redacted from any public records maintained under IC 16-37-3.

There is a section, however, covering instances in which "the parent or parents" handle the cost:

The measure also bans women from donating the material toward medical research. In this respect it is similar to legislature in other states:

In March, South Dakota made it illegal to use aborted fetal tissue in research, and in April, Idaho and Alabama made it illegal to buy, sell, donate, or experiment on these remains. Tennessee made it illegal for sale. The legislatures of Ohio, South Carolina, and Mississippi have all recently considered burial and cremation requirements, and Arkansas and Georgia already have similar statutes in place.

Pence said when he signed HEA 1337 into law that it would "ensure the dignified final treatment of the unborn." However, it was quickly challenged in court by the American Civil Liberties Union and Planned Parenthood of Indiana. On 30 June 2016, U.S. District Judge Tanya Walton Pratt suspended the law a day before it was slated to take effect.

Pratt's ruling means that, despite the efforts of Pence and state Republicans, Indiana women will not be asked whether to they wish to bury or cremate (rather than donate) their miscarried or aborted fetuses. Even so, had the law not been suspended, parents would not have been forced to hold funerals for abortions or miscarriages — much less at their own expense.