Was Pence Rushed Out of Capitol During Electoral College Count? 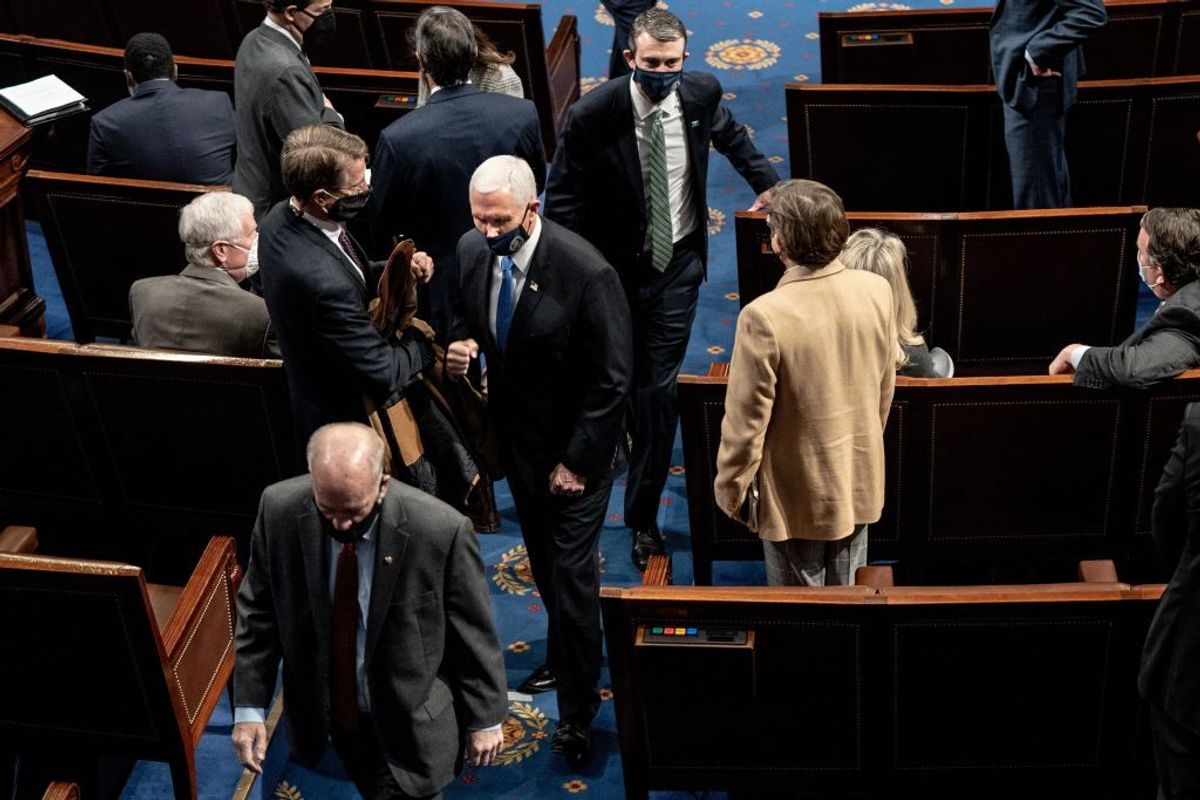 Claim:
U.S. Vice President Mike Pence was removed from the Senate chamber on Jan. 6, 2021, while presiding over the certification of the 2020 electoral college vote.
Rating:

On Jan. 6, 2021, a mob objecting to the certification of the 2020 presidential election stormed the U.S. Capitol.

Amid reports that some had entered the building itself, several capitol police officers removed Vice President Mike Pence as he was overseeing debate over the certification of President-elect Joe Biden and Vice President-elect Kamala Harris' victory in the electoral college. The event was captured on MSNBC's live broadcast:

As reported by NBC, Pence was escorted to a "secure location":

Vice President Mike Pence was ushered out of the Senate as the U.S. Capitol Complex went into lockdown due to an external security threat, while Trump supporters rioted outside the building.

A member of the Senate told NBC News that Vice President Pence and Sen. Charles Grassley, the president pro-tem, have been taken to a secure location. The Senate doors are closed and locked, and senators have been told to stay away from the doors.