Did Pelosi Rip Up the Bible in a Bold, Anti-Trump Statement? 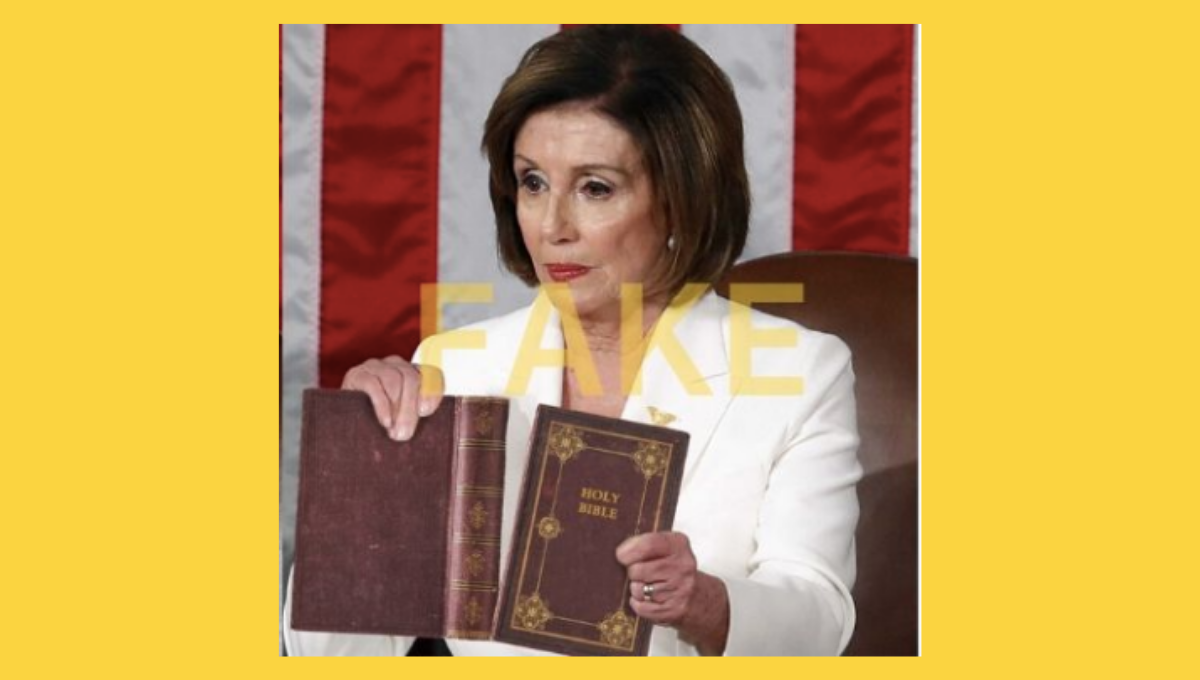 On June 3, 2020, the Babylon Bee published an article positing that U.S. House Speaker Nancy Pelosi had ripped up the bible in a bold statement against President Donald Trump:

In a bold, powerful statement to oppose Trump, Speaker of the House Nancy Pelosi solemnly tore up the Bible after Trump was seen holding one up in front of a church.

At a press conference, the Speaker of the House held up a Bible and then ripped it in two, declaring that she was against anything Trump was associated with.

The Babylon Bee illustrated this article with a doctored picture of Pelosi ripping up a bible. This photograph was created by manipulating a picture of Pelosi from February 2020 when the House Speaker ripped up her copy of Trump's State of the Union address. Here's a comparison of the original photograph (left) and the doctored image (right):