Were Pelosi's Daughters Arrested for Breaking Into a Liquor Store for Quarantine Supplies? 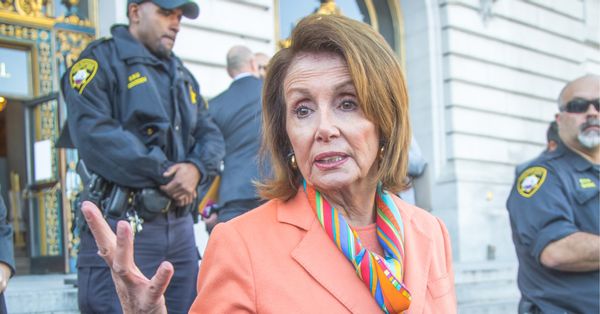 On May 11, 2020, Bustatroll.org published an article positing that U.S. House Speaker Nancy Pelosi's daughters had been arrested after breaking into a liquor store for quarantine supplies during the COVID-19 pandemic:

The apples don’t fall far from the tree, they say, and nowhere is it more obvious than in the case of Nancy Pelosi‘s daughters. Often in trouble, they have lately shown that they share the trait most commonly associated with their mother…..a hopeless addiction to alcohol.

Both Melissa, 21, and Daphne, 19, were arrested this past weekend in San Francisco, California for breaking and entering. Officers were alerted to their crime by a silent alarm at “This Is The Way To Liquor,” a liquor store close to their home that had recently decided to temporarily close due to slow sales during the state’s lockdown.

It should be noted that Nancy Pelosi has one son and four daughters, but none of Pelosi's children's names are Melissa or Daphne, as stated by Bustatroll.org. The image included in this article actually shows two entirely different women whose names are Michaella McCollum and Melissa Reid. The duo became known as the "Peru Two" after they were arrested for drug smuggling in 2013: